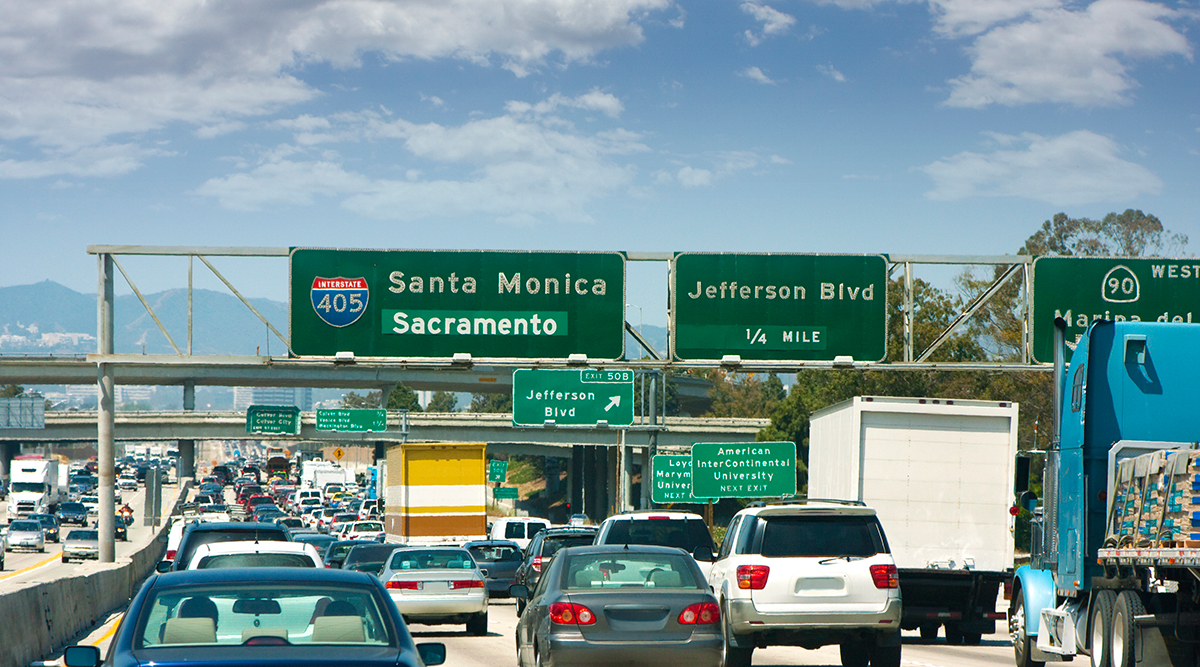 Traffic on a California freeway. (MCCAIG/GettyImages)

The Biden administration is moving to restore California’s legal power to lead the nation in stifling auto emissions and accelerating the transition to electric vehicles.

The U.S. Environmental Protection Agency is poised to issue a new waiver empowering the most populous state to mandate zero-emission vehicles and enforce its own stringent limits on greenhouse gas emissions from vehicle tailpipes. The action, which would reverse a Trump-era decision to curtail California’s power, is expected within days, said people familiar with the matter who were not authorized to speak about the effort.

“EPA is working to finalize a decision on the California waiver” that is “consistent with its obligations under the Clean Air Act,” EPA spokesman Nick Conger said by email. The agency “expects to issue a decision in the near future.”

The shift would once again put California in the driver’s seat when it comes to environmental policy. Under the Clean Air Act, the state has special treatment to set air pollution policies that are tougher than those of the federal government. More than a dozen other states, representing more than a third of the U.S. vehicle market, have chosen to adhere to California’s emission limits.

After the EPA began formally considering the waiver’s reinstatement last year, Democrats urged the administration to move swiftly, arguing that state leadership is essential to spur innovation in clean vehicles.

“Reinstating the California waiver means that 17 states and the District of Columbia, representing more than 120 million people and over one-third of the automotive market, can once again exercise their right to safeguard communities from transportation pollution,” environmental group Earthjustice said in an emailed statement.

Some conservatives argue the shift gives California too much power and will limit consumer choice. California, long considered the vanguard of American environmentalism, is honing a policy banning the sale of conventional gasoline-powered cars.

But environmental advocates urging a quicker shift to electric vehicles have vowed to pressure California leaders to seize the state’s restored power and move more aggressively.

“This decision begins to undo the damage from the Trump years,” Scott Hochberg, a transportation attorney at the Center for Biological Diversity’s Climate Law Institute, said in an emailed statement. “But it’s only meaningful if California uses its unique power to lead the nation with the deep emissions cuts the climate crisis demands.”