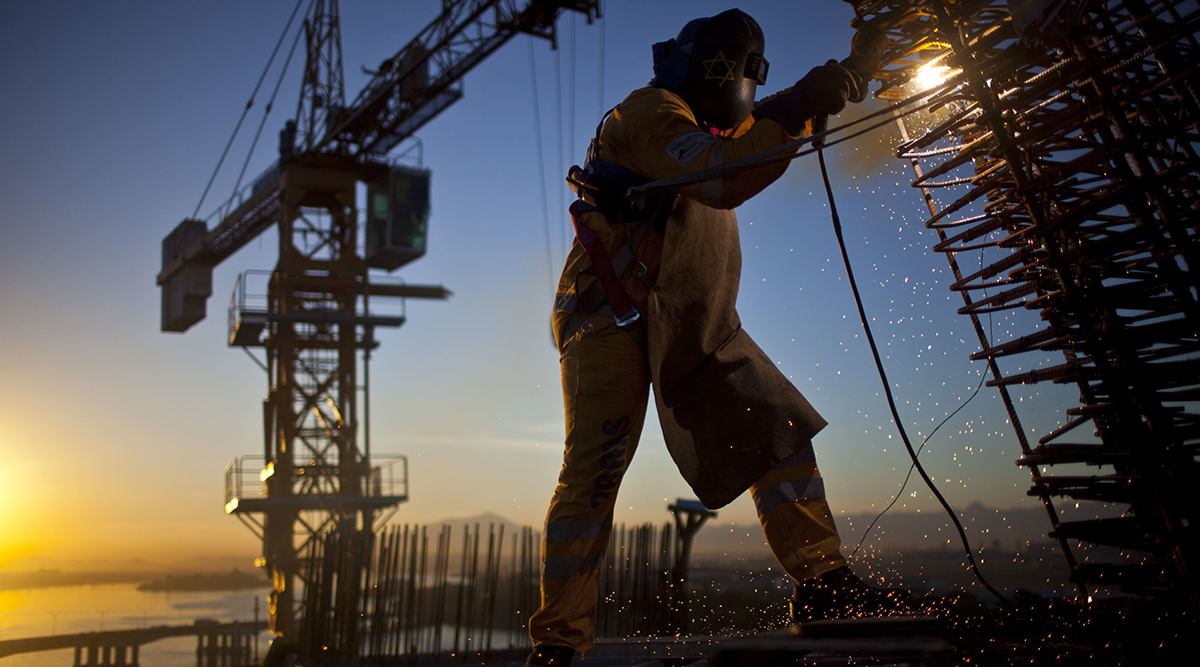 An OAS SA welder cuts a piece of steel during the construction of a bridge near Rio de Janeiro. (Dado Galdieri/Bloomberg News)

U.S. business activity contracted for a seventh month, though at a more moderate pace, while a measure of input prices firmed in a sign of lingering inflationary pressures.

The S&P Global flash January composite purchasing managers index rose 1.6 points to 46.6, the group reported Jan. 24. Readings below 50 indicate falling activity. The gauge of input prices climbed for the first time since May.

While the improvement in the composite measure of output at factories and services providers was the first in four months and points to a slower rate of deterioration, the gain in the price index indicates businesses are still contending with rising costs for labor and some materials.

The Federal Reserve’s aggressive efforts to bring down inflation are beginning to spread across the economy, with higher borrowing costs helping to restrain demand. The S&P Global composite data showed a fourth-straight month of shrinking orders. 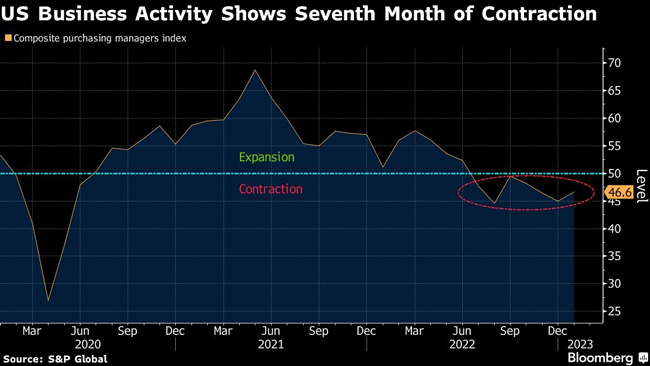 “The worry is that, not only has the survey indicated a downturn in economic activity at the start of the year, but the rate of input cost inflation has accelerated into the new year, linked in part to upward wage pressures, which could encourage a further aggressive tightening of Fed policy despite rising recession risks,” Williamson said.

The U.S. figures stand in contrast to the euro area, where S&P Global data showed an unexpected return to growth and added to evidence the region may avoid a recession.

The group’s measure of business activity at U.S. service providers contracted for a seventh month. The gauge of new business continued to shrink, though it climbed to a three-month high in a sign demand is stabilizing, albeit at a depressed level.

Manufacturing activity shrank for a third month and remains near the weakest since May 2020. The factory employment gauge dropped below 50 for the first time since July 2020, while measures of production and orders both shrank — though they improved slightly from the end of 2022.

In addition to the firming of input prices, the composite prices-received gauge held steady and continued to show growth. It marked the first time since April that the measure failed to cool.

On a more encouraging note, output expectations for the next six months rose to the highest since September, indicating companies are more sanguine about the outlook for demand.