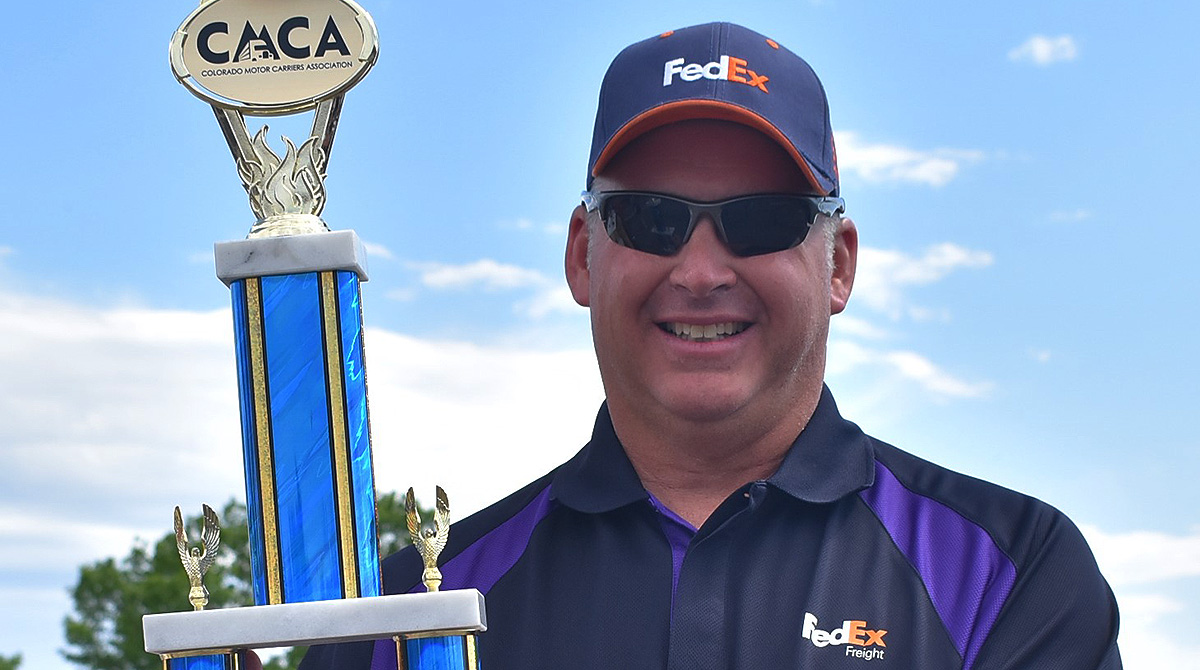 The second time was the charm for Brook Figgins of FedEx Freight, who won Sleeper Berth for the second year in a row and was named Grand Champion at the 2019 Colorado Truck Driving Championships on June 1 in Henderson.

Eric Damon of FedEx Express won the Step Van competition. He is the defending national champion in that category, having taken top honors at the National Truck Driving Championships in Columbus, Ohio, in 2018.

Tyler Rogers of FedEx Freight won the highly competitive Tank Truck category. He defeated three drivers who have been to NTDC multiple times.

David Mogler of FedEx Freight won Twins after switching from 3-Axle last year (he placed No. 2 in the event at 2018 NTDC).