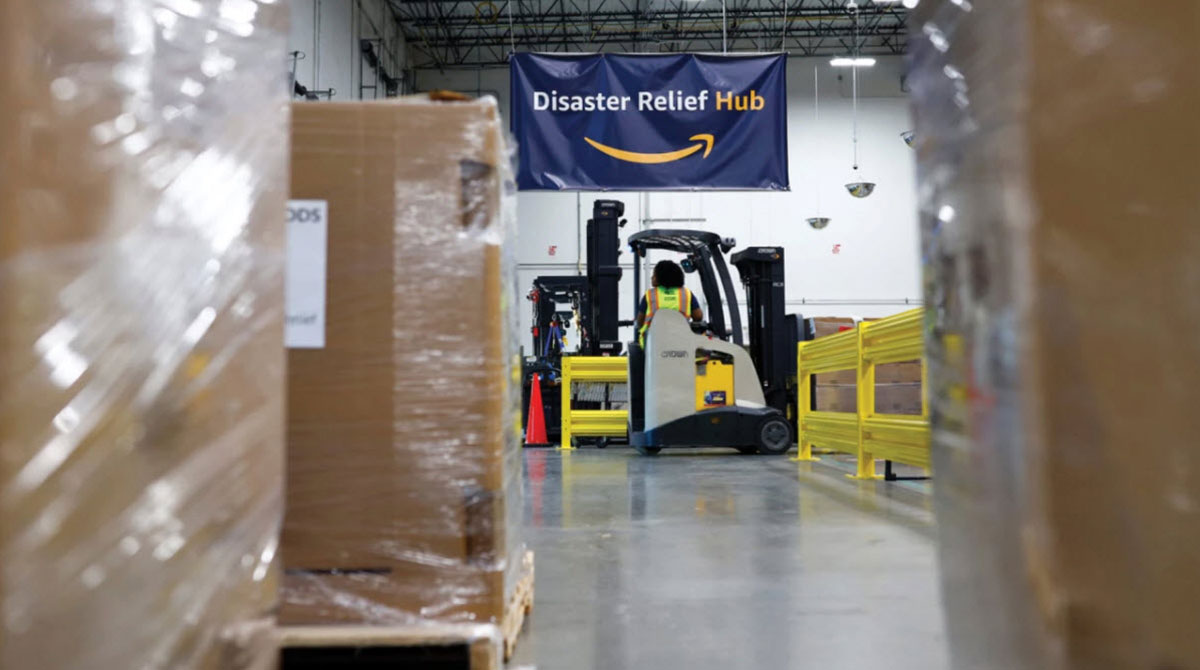 Trucking companies, government entities and nonprofit groups responded to the devastation wrought along Florida’s Gulf Coast by Hurricane Ian last month with relief efforts for the many areas affected by the storm, and are working to overcome challenges in getting aid to those in need.

“It’s pretty touch-and-go,” Florida Trucking Association President Alix Miller told Transport Topics. “This was a catastrophic storm which, either directly or indirectly, affected every part of the state.”

Hurricane Ian caused extensive damage to a large section of the state after coming ashore Sept. 28, with winds reaching 150 mph. After hitting Florida, the storm went back out to sea and then moved into South Carolina, North Carolina and Virginia, leaving more than 100 people reported dead as of press time and causing billions of dollars in damage.

Removing debris from the impacted area is an immediate challenge before rebuilding efforts can begin. Both Lowe’s and Home Depot were sending nearly 1,500 truckloads combined to the region with generators, water, gas cans, sand, plywood, batteries, flashlights and other materials.

The Federal Motor Carrier Safety Administration temporarily waived the hours-of-service rules on a regional basis for carriers moving supplies into the area, and Florida lifted some weight requirements for trucks.

UPS Inc. and FedEx Corp. were among the motor carriers helping with early relief.

UPS said its UPS Foundation is working with the Salvation Army, Good360, ToolBank USA and others to move supplies into the hardest hit areas. The foundation also was working with UPS-owned Coyote Logistics to position a meal preparation trailer in Fort Myers so the local Fraternal Order of Police could prepare up to 3,000 meals a day. 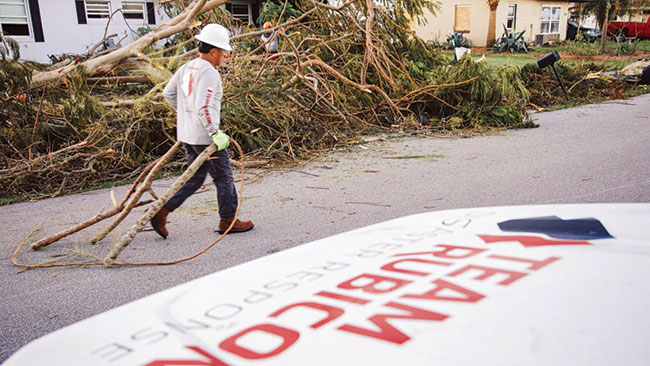 Team Rubicon helps with the cleanup in the aftermath of Hurricane Ian by clearing roads of downed trees for first responders. (FedEx Corp.)

FedEx said it was providing in-kind shipping services and financial donations to a variety of nonprofits including the Salvation Army, the American Red Cross, Team Rubicon and others assisting in relief efforts.

The Red Cross was transporting 75 trailers of supplies to various locations in coordination with Amazon’s Atlanta-based Disaster Relief Hub, under which relief items are pre-positioned and dispatched in emergencies. In the storm’s immediate aftermath, 10 trucks carrying water were sent to several locations in Florida.

The state’s port operations were returning to normal days after the storm moved north, with Port Tampa, the Port of Jacksonville, Port Canaveral and Port of Miami resuming operations. Port Tampa is critical for the state’s fuel supply as there are no refineries in the state; much of Florida’s fuel supply enters through Tampa.

The Washington, D.C.-based American Maritime Partnership said in advance of the storm that more than 220 million gallons of fuel had been pre-positioned for delivery at Tampa and other ports, and would be available once those complexes reopened. 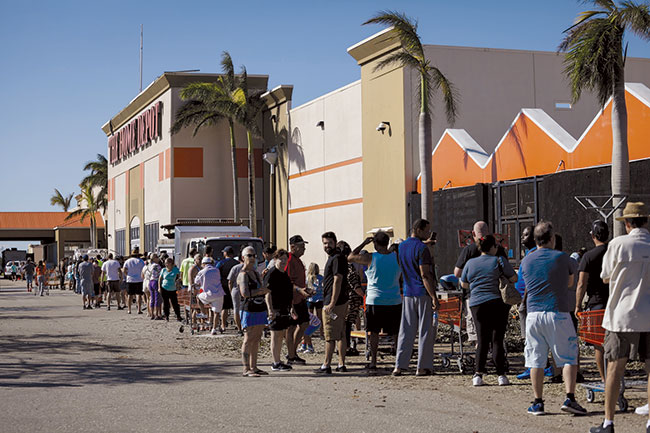 Retailers were also stepping up to help.

Walmart and Sam’s Club pre-positioned more than $23 million in water and other disaster-related merchandise, and alerted 400 drivers in nearby states to support the recovery efforts. Target said it was fast-tracking emergency supplies to its Florida stores.

Walmart ranks No. 2 on the Transport Topics Top 100 list of the largest private carriers in North America.

Before the storm, grocery chain Publix had donated perishable products to area first responders, and had delivered more than 700 truckloads of water and 3 million pounds of ice to areas in the storm’s wake. Beverage company Anheuser-Busch sent seven trucks with more than 360,000 cans of drinking water to South Florida.

Miller noted that trucks headed into Florida are working within the structure of various state-level rule exemptions for weight limits to help speed delivery of supplies to affected areas.

“The trucking industry always pulls together and helps out,” she said.

Noël Fletcher contributed to this report.