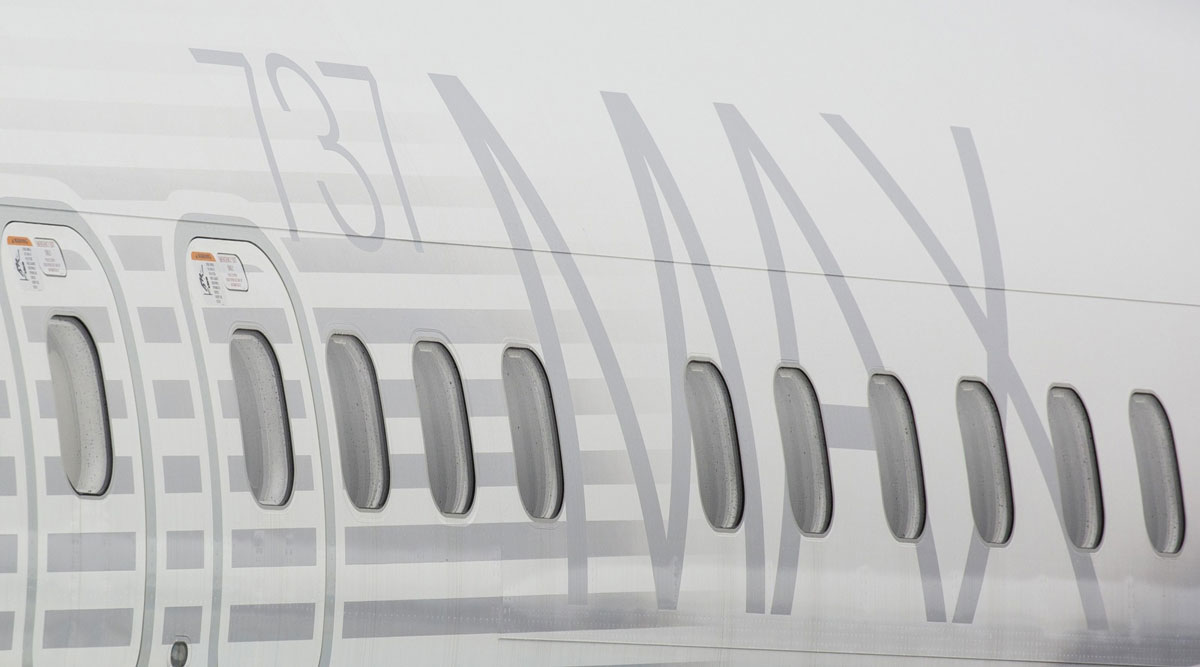 Boeing Co.’s lousy year got even worse in July, as lost orders for the grounded 737 Max topped 400 and the coronavirus pandemic stymied shipments of the 787 Dreamliner.

Customers scrapped another 43 Max purchases in July, including 35 that had been previously disclosed, according to figures posted on Boeing’s website Aug. 11. That brought the number of sales that have been canceled or swapped for other Boeing models to 416 in 2020. The planemaker delivered just four jetliners last month and booked zero new orders.

The lean July underscores the one-two punch Boeing is contending with as the virus guts demand for new planes while the flying ban on the Max nears the 17-month mark. Boeing has said its best-selling model is likely to win U.S. approval to resume flying by year’s end, while cautioning that the Federal Aviation Administration will ultimately determine the timing.

Boeing’s gross orders through July totaled just 59 commercial planes. Net sales have dropped by 366 so far this year — or 836 after including an accounting adjustment for customers in poor financial health and those intent on revising contracts. The company’s total stockpile of orders stood at 4,496 at the end of July, down 1.2% from a month earlier.

Boeing stock has tumbled 45% this year through Aug. 10, the biggest drop on the Dow Jones Industrial Average. 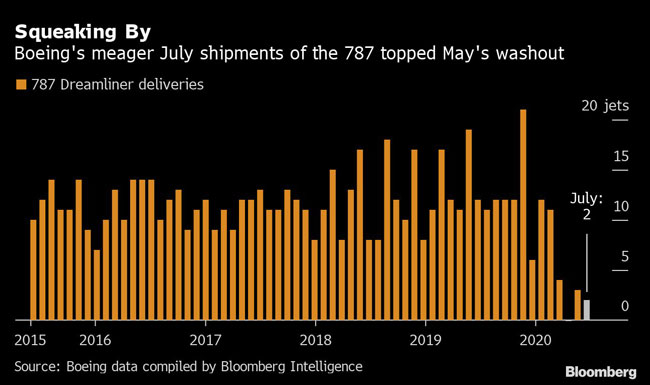 Last month, Canada Jetlines dropped orders for five Max aircraft, Avolon Holdings Ltd. scrubbed two and an unidentified customer scrapped a deal for a plane that was to be used as a business jet.

Those cancellations came on top of 35 that already had been disclosed. Kuwaiti lessor Alafco Aviation Lease and Finance Co. cut its order book by 20 and AerCap Holdings NV canceled 15 Max orders. Aircraft lessors have been working with Boeing to pare speculative orders as the planemaker revises its delivery schedules, fueling part of the uptick in recent Max cancellations.

Deliveries in July totaled just four commercial jets: two freighters and two 787 Dreamliners. That was the worst month for the Dreamliner since mid-2013 except for May of this year, when Boeing delivered none, according to figures compiled by Bloomberg Intelligence. Boeing’s marquee wide-body aircraft has become a critical source of cash during the Max’s grounding.

Travel restrictions imposed to fight the pandemic have impeded the ability of some buyers to take delivery of new jets. But the weakness of demand is probably the bigger drag on Dreamliner shipments as airlines grapple with a cash crunch amid a plunge in travel, said Bloomberg Intelligence analyst George Ferguson.

Without gains in August and September, deliveries will continue to fall far short of Boeing’s monthly production rate of 10 Dreamliners, he said. That raises the risk that Boeing will have to halt 787 output to preserve cash.

“Unless we get a much better international market soon, Boeing may need to stop 787 builds to allow deliveries to catch up,” Ferguson said in an email.