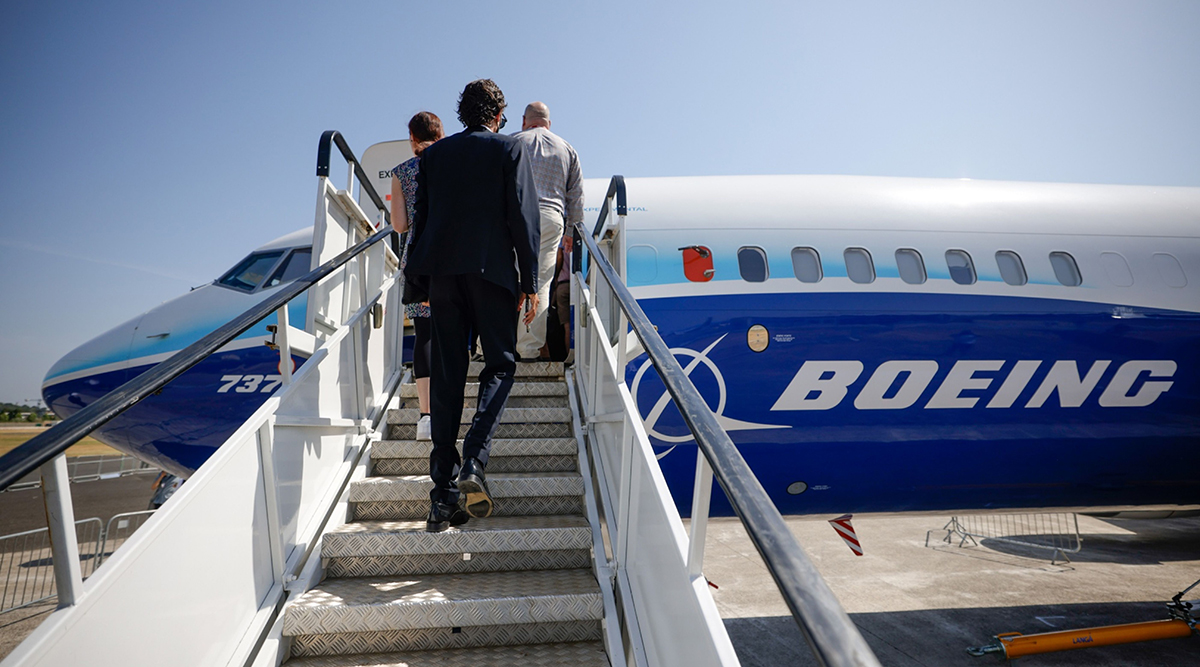 A Boeing Co. 737 Max 10 on display at an airshow in the United Kingdom in July. (Jason Alden/Bloomberg News)

The settlement, which was announced by the SEC on Sept. 22, follows a probe by the regulator’s enforcement division. Investigators examined whether Boeing was adequately forthcoming to shareholders about material problems with its jetliner that crashed in 2018 and 2019.

Without admitting or denying the SEC’s findings, Boeing and Muilenburg consented to cease-and-desist orders that include penalties of $200 million and $1 million, respectively.

The twin tragedies killed 346 people and prompted one of the longest groundings in aviation history. The SEC enforcement action is one of the last remaining government investigations. Boeing had cautioned in its most recently quarterly filing that the “outcome of which may be material.”

Boeing paid a $243.3 million fine as part of a $2.5 billion settlement with the U.S. Justice Department to end a criminal investigation in January 2021.