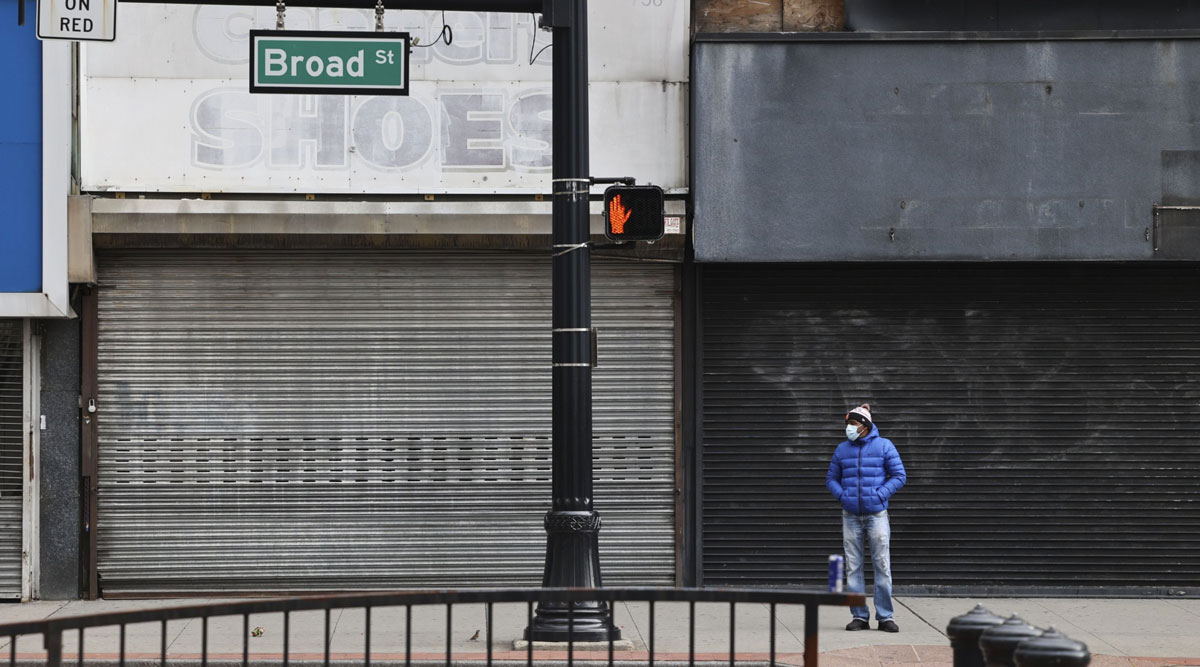 A pedestrian stands in front of closed stores in Newark, N.J., on Nov. 25. (Angus Mordant/Bloomberg News)

A bipartisan group of lawmakers in the House and Senate unveiled a $908 billion stimulus proposal Dec. 1 in an effort to break a monthslong impasse that is threatening to tip the economy back into contraction.

Neither Republican nor Democratic leaders have signed on to the plan so far, however, leaving it facing the same long odds as a bipartisan House proposal that failed before Election Day. President-elect Joe Biden has so far backed House Speaker Nancy Pelosi, who has pushed a $2.4 trillion bill.

Pelosi and Treasury Secretary Steven Mnuchin, who have been the two main negotiators on a stimulus package, are scheduled to talk by telephone later in the day, according to a person familiar with the matter. The topics include the spending bill needed to keep the government running and pandemic relief.

Republican Senator Mitt Romney of Utah, one of the plan’s backers, said only $348 billion of the package would come from new spending. The rest would use funds left over in the Paycheck Protection Program and Federal Reserve facilities that were part of the $2.2 trillion stimulus plan passed in March. 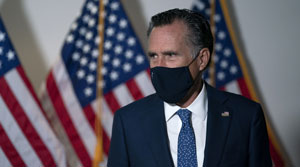 Under the proposed compromise being pitched by the bipartisan group, small businesses would get an estimated $300 billion infusion for a version of the Paycheck Protection Program of forgivable loans and other aid, and state and local governments would get about $240 billion, including money for schools, according to three people familiar with the proposal.

An additional $180 billion would go to an extension of pandemic unemployment benefits, providing an added $300 a week for four months.

The proposal doesn’t include direct payments to individuals.

Transportation, including airlines, airports, transit and Amtrak, would get $45 billion in funding. Vaccines, testing and tracing would get $16 billion and health care providers $35 billion.

The package would include a short-term moratorium on liability lawsuits related to COVID-19 — a more sweeping version of which has been pressed by Senate Majority Leader Mitch McConnell and opposed by Democratic leaders — to give states time to enact their own laws if they choose.

The bipartisan proposal was reported earlier by The Washington Post. 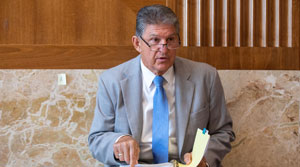 Romney said Mnuchin has been briefed on the proposal but hasn’t endorsed it. Democratic Senator Joe Manchin of West Virginia said the group hasn’t received any assurances from Senate leaders that the plan would get a vote. Democratic Representative Josh Gottheimer said he planned to brief his leadership in the House and push for a vote.

Speaking on the Senate floor Dec. 1, McConnell made no mention of the new bipartisan push for relief, continuing to blame Democrats for seeking a package that is unrealistic and too costly.

South Dakota Senator John Thune, a member of McConnell’s leadership team, indicated he was encouraged by the effort at a compromise but said it ultimately would depend on what’s included in any legislation. He said additional aid for state and local governments remains “a big non-starter” for most Republicans.

He suggested some pandemic relief could be included in a bill to keep the government funded that needs to be passed by Dec. 11.

While U.S. stocks have shrugged off risks of a year-end fiscal cliff, with investors encouraged by progress on coronavirus vaccines, economists have increasingly warned that the economy is in danger of a renewed contraction in the first quarter of 2021.

Pandemic-related unemployment benefits are set to expire at year’s end, while many businesses are getting squeezed by lockdowns as COVID-19 cases surge. Retail sales gains have weakened, and jobless claims remain stubbornly higher than the peak hit during the 2007-09 recession.

Federal Reserve Chairman Jerome Powell, testifying before the Senate Banking Committee on Dec. 1, said that the fiscal stimulus passed previously by Congress “deserves the lion’s share of the credit” in the helping the economy. “It may be that we need more on that front.”

At the same hearing, Mnuchin said that an additional fiscal response was needed.

“I think what’s more important is what we can pass on a bipartisan basis,” he said.

In addition to Romney and Manchin, backers of the new plan include Republican Senators Susan Collins, Lisa Murkowski and Bill Cassidy along with Democratic Senators Mark Warner, Jeanne Shaheen and Maggie Hassan and independent Angus King. Members of the bipartisan House Problem Solvers Caucus, which put forward a compromise during the fall that was rejected by Pelosi, also endorsed the new attempt.

Steven T. Dennis, Erik Wasson and Laura Litvan were the primary contributors to this report.