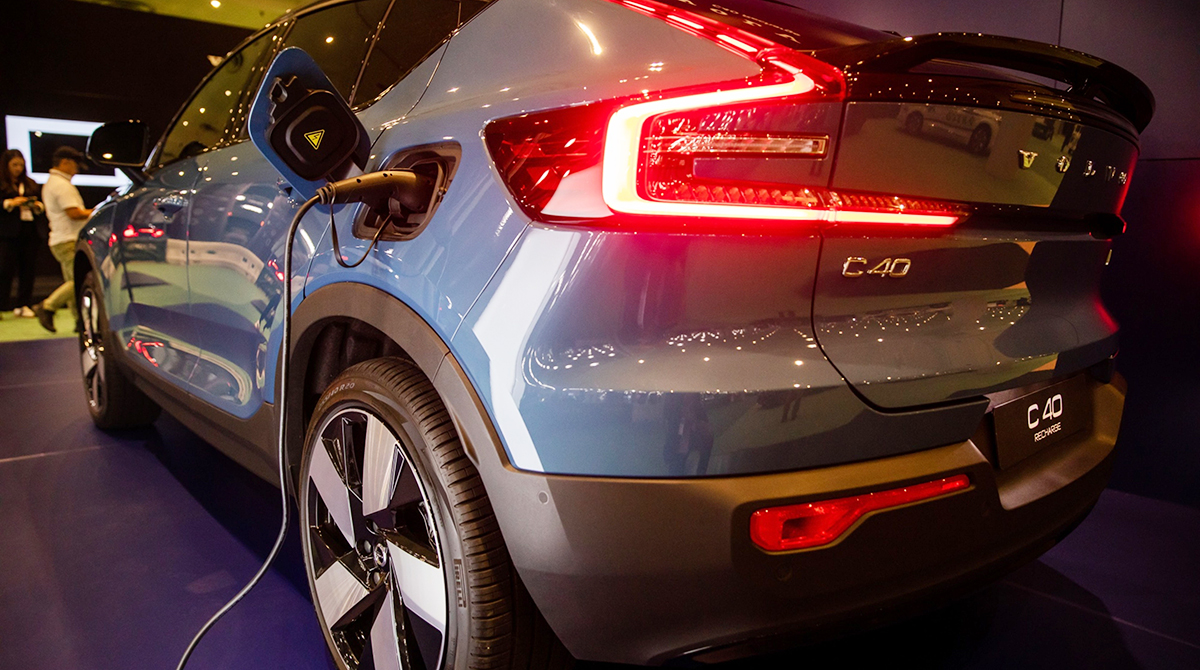 If filling up a gas vehicle is a game of tic-tac-toe, charging an electric vehicle is 3D chess —or a 10-letter version of Wordle.

Mind you, it doesn’t have to be this tricky. For each specific model, car companies have carefully mapped just how much electricity it can accept and how quickly — assuming a best-case scenario. The resulting plot is called a charge curve. In a glance, it can square most questions from a weary, range-addled road warrior trying to figure out where to stop and for how long.

“It shows you the sweet spot of when to plug in,” said Tom Moloughney, who maps charging curves for his YouTube channel, State of Charge. The x-axis plots how full the battery is on a scale from 0 to 100%; the y-axis records how much electricity the machine is gobbling up at any given time. As the battery gets more full, it accepts less electricity and charges more slowly, which is why the line recording the spectrum of charging generally descends like a hang-glider swooning from a mountain.

What this means for someone on a long trip is that it usually is better to stop and plug in further down the road. A 20-minute charge when the battery is close to empty generally adds for more miles than one when only half of the range is expired — though, that can depend on the particular vehicle. The refueling chart on a Tesla starts relatively high but drops quickly after just five or 10 minutes, Moloughney explained. Most others step down gradually. Audi and Porsche, meanwhile, have the best charging patterns: “a flat line all the way to 80%.”

The problem is, to find these charts, one has to dig up Moloughney’s videos or mine the recesses of the web for the few third-party industry watchdogs that go through the trouble of getting these vehicles and testing them at the plug. Charging curves still aren’t published — at least by carmakers.

Instead, auto executives try to turn this spectrum of extremely nuanced data into a couple of quick data points, focusing on miles and minutes, rather than how many electrons the machine is Hoovering up over a given period of time. Porsche, for example, says its Taycan battery charges from 5% to 80% in 22.5 minutes. Ford Motor, in turn, talks about charging from 15% to 80%. While, Kia says it takes 18 minutes for its EV6 to juice from 10% to 80%.

The carmakers may be handling the heavy math, but without a standard benchmark, comparison shopping is difficult.

“It is all over the place,” said Steve Kosowski, manager of long-range planning and strategy at Kia America. “It’s become sort of a new, competitive battleground.”

With EV ranges improving all the time, the future of the market — indeed the winners and losers of the auto industry at-large — will be determined in no small part by how quickly and reliably these machines juice up.

Consumers, however, aren’t getting a fully transparent picture on that front as they try to determine which machine best suits their needs.

And make no mistake, the EV-curious seem eager to dig into nitty, gritty details. State of Charge has 36,000 subscribers for his YouTube videos, which typically are about 45 minutes long and offer nothing much more riveting than Moloughney giving a play-by-play while charging at a mall parking lot. The wonky data is a feature, not a bug.

Still, there’s good reason for car companies to be cryptic. For one thing, the charging curve of any particular vehicle is closely tied to the longevity of its battery. As carmakers try to boost EV adoption from around 3% in the U.S., the last thing they might want is a prospective buyer considering when their massive, $10,000-plus battery might need replacing.

Secondly, charging curves might give customers unrealistic expectations. At a car company, they are performed under perfect conditions in a lab with batteries pre-conditioned to an ideal temperature. In the wilds of suburbia, shiny, new EVs will encounter broken charging stations or cords splitting their output between multiple vehicles. Even a cold day has a chilling effect on a charging curve.

“There are so many factors that have an impact on the numbers,” said Anders Hockenstrom, product attribute lead of charging at Polestar. “So the more numbers we give, the more probability there is that someone finds an instance where we don’t meet them.”

Mercedes-Benz Group is hoping the issue is rendered moot, both by vehicles that can travel far on a charge and a navigation system that automatically calculates optimal refueling stops given the machine’s charging curve. On a 600-mile drive — say from San Francisco to Las Vegas — the car may recommend a 20-minute stop; whereas on a longer trip, it may recommend two shorter charging sessions, according to Christoph Starzynski, vice president of electric development.

“Obviously, this is completely new land for our customers,” Starzynski said.

General Motors is taking a similar approach, assuming the driver’s app and the vehicle’s controls will game the curve for any given trip.

“It’s often just too complicated for customers,” said Tim Grewe, director of electrification strategy. “Nobody wants to take out a calculator to figure out where to charge.”