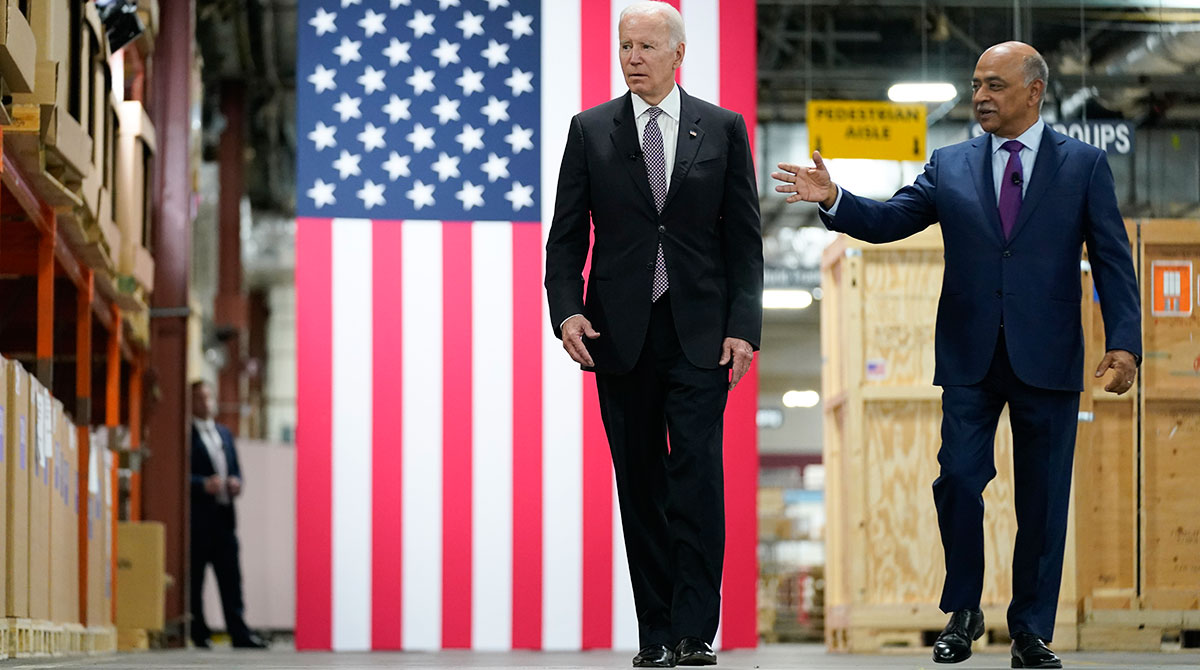 POUGHKEEPSIE, N.Y. — President Joe Biden predicted Oct. 6 a $20 billion investment by IBM in New York’s Hudson River Valley will help give the United States a technological edge against China, hailing the expansion during an appearance with two House Democrats in competitive races in next month’s critical elections.

The president cited IBM’s commitment as part of a larger manufacturing boom, spurred by this summer’s passage of a $280 billion measure intended to boost the semiconductor industry and scientific research. That legislation was needed for national and economic security, Biden said in Poughkeepsie, adding that “the Chinese Communist Party actively lobbied against” it.

“The United States has to lead the world of producing these advanced chips — this law is going to make sure that it will,” Biden said.

The speech was part of a whirlwind trip that focused heavily on campaigning and included two fundraising events. During one, he warned that Russian President Vladimir Putin’s threat about using nuclear weapons as his Ukrainian invasion has floundered is the most severe “threat of Armageddon” since Cuban Missile Crisis in 1962.

When the CHIPS & Science Act was signed into law, we promised it would bring good-paying jobs back to America. Today, we’re delivering on that promise.

Proud to host @POTUS in Poughkeepsie to celebrate the $20 BILLION IBM will be investing across the Hudson Valley. pic.twitter.com/rtAwOWdTr7 — Sean Patrick Maloney (@RepSeanMaloney) October 6, 2022 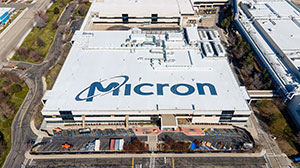 The lawmakers, along with Democratic Gov. Kathy Hochul, greeted Biden upon his arrival at Stewart Air National Guard Base.

“When I heard @POTUS was looking to see the benefits of the CHIPS & Science Act first-hand, I told him that the Hudson Valley was the perfect place,” Maloney wrote Oct. 5 on Twitter. “I’m thrilled to host him in Poughkeepsie this week to celebrate the major wins and good-paying jobs we are delivering here in NY.”

The CHIPS and Science Act, which Biden signed in August, was a rare bill for which the president was able to win bipartisan support.

IBM’s $20 billion investment over the next decade is intended to bolster research and development and the manufacture of semiconductors, mainframe technology, artificial intelligence and quantum computing.

“As we tackle large-scale technological challenges in climate, energy, transportation and more, we must continue to invest in innovation and discovery — because advanced technologies are key to solving these problems and driving economic prosperity, including better jobs, for millions of Americans,” said Arvind Krishna, IBM’s chairman and CEO.

IBM’s commitment comes on the heels of chipmaker Micron announcing this week an investment of up to $100 billion over the next 20-plus years to build a plant in upstate New York that could create 9,000 factory jobs. In his remarks, Biden also celebrated Intel’s plant groundbreaking in Ohio and an investment by WolfSpeed for chip production in North Carolina.