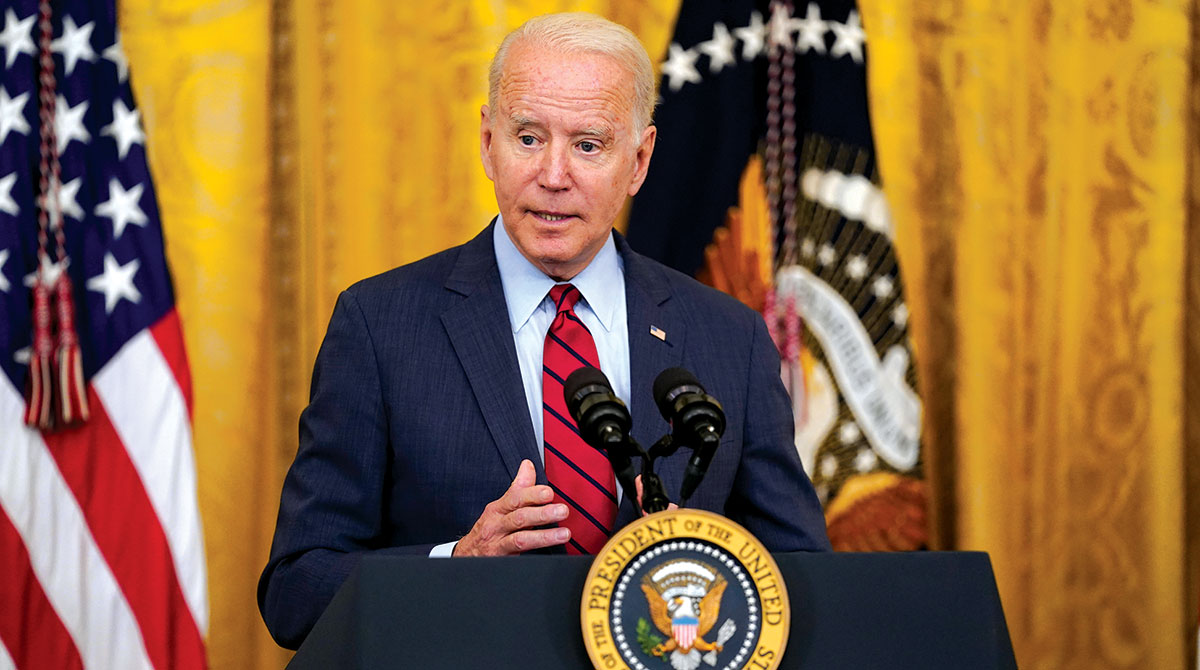 In addition to EV batteries, the directive also would apply to large-capacity batteries. (Evan Vucci/Associated Press)

The Biden administration announced it will invoke Cold War powers to boost domestic production of materials for batteries needed to power electric vehicles and the transition to renewable energy, a move intended to improve U.S. competitiveness in a market dominated by China.

The decision adds lithium, nickel, cobalt, graphite and manganese to a list of covered items by the 1950 Defense Production Act. It’s the same authority used by former president Donald Trump to spur mask production to tackle the pandemic and Harry Truman to make steel for the Korean War.

This could help mining companies access $750 million under the Defense Production Act’s Title III fund. A senior administration official said industries supported by large-capacity batteries, including transportation and the power sectors, account for more than half of the U.S. carbon emissions.

The move also illustrates the tightrope President Joe Biden walks on this issue. On the one hand, climate-change activists, environmentalists and indigenous groups oppose many mining projects due to the impact on water supplies and nearby communities. On the other, the U.S. would need a colossal increase in domestic mining projects to begin providing even a fraction of the metals and materials that will be needed to supply the oncoming wave of electric vehicle production. 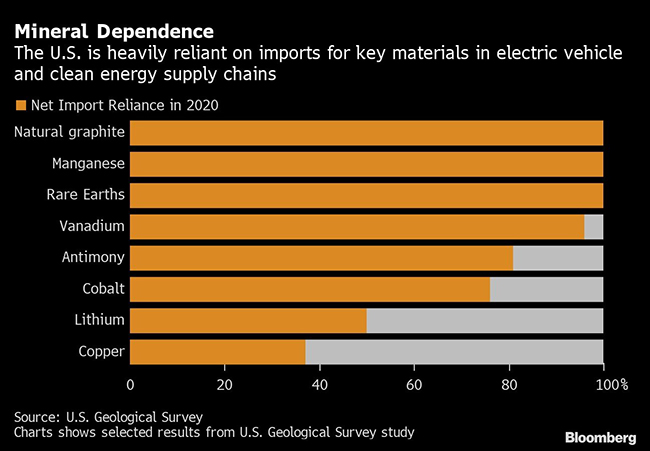 Invoking the Defense Production Act will provide key funding for existing operations, productivity and safety upgrades, and feasibility studies, but it won’t give the mining industry a tool it’s been clamoring for: an expedited process to dig ore out of the ground. Mining industry groups argue that it takes seven to 10 years to get a mine up and running in the U.S. That’s compared to about two to three years in neighboring Canada, according to the National Mining Association.

Manchin repeated his view that the reliance on foreign countries for materials needed for electric vehicles is a reason why he wants to give equal treatment to boosting hydrogen vehicles. He has also suggested using the Defense Production Act to accelerate final approval of a natural gas pipeline from West Virginia to Virginia.

Manchin and Alaska Republican Sen. Lisa Murkowski have both backed using the act to boost production of these materials in hallway interviews with reporters at the Capitol this week.

— With assistance from Steven T. Dennis.