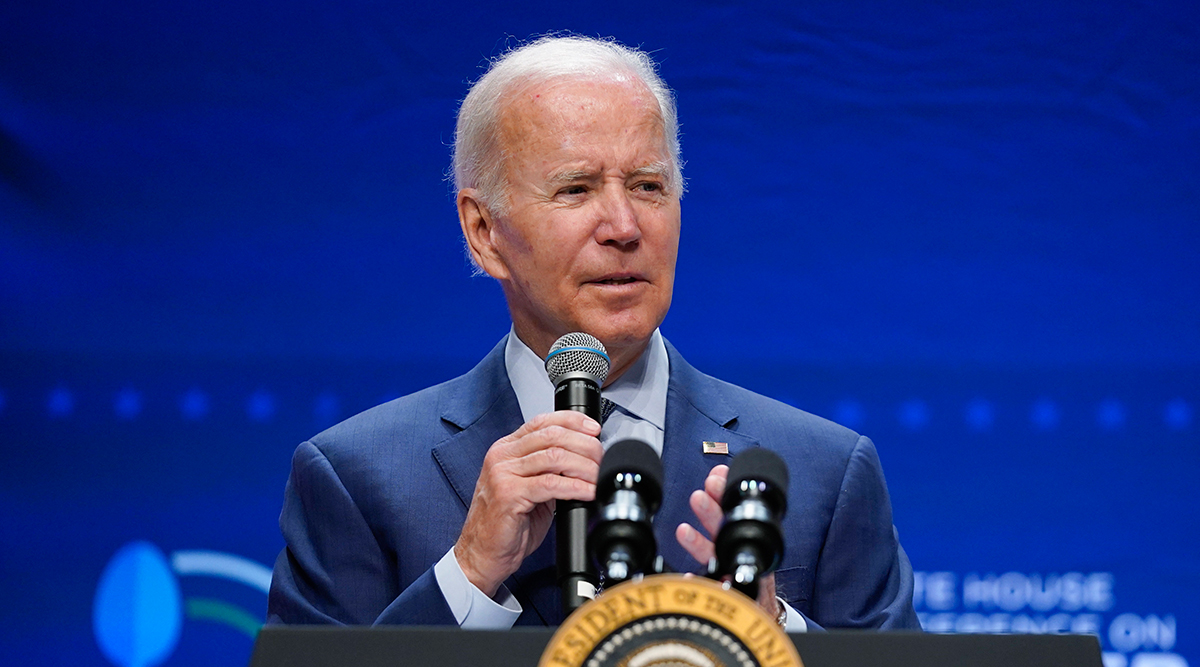 “Do not, let me repeat, do not use this as an excuse to raise gasoline prices or gouge the American people,” Biden said at the start of a conference on hunger in America.

Biden said that the hurricane “provides no excuse for price increases at the pump” and if it happens, he will ask federal officials to determine “whether price gouging is going on.”

“America is watching. The industry should do the right thing,” Biden added.

There are few signs that average gas prices have jumped significantly in Florida as the hurricane began to approach. AAA put the statewide average at just under $3.40 a gallon, six-tenths of a cent higher than a week ago.

A 99-day run of falling pump prices nationally ended recently, and the 14-week decline was the longest streak since 2015. The nationwide average price had risen past $5 a gallon — and $6 in California — in June as the economic recovery and an increase in travel boosted demand for gasoline and Russia’s war in Ukraine caused a spike in oil prices. 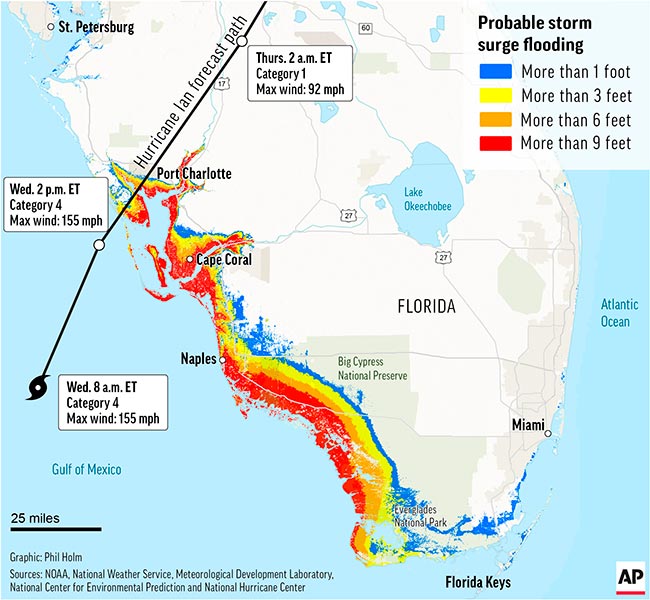 Gasoline prices mostly reflect trends in global oil prices, and crude — both the U.S. benchmark and the international Brent — has been slumping since mid-June on growing fears of a global recession that would reduce demand for energy.

Many energy analysts believe prices are more likely to rise than fall in the next few months. But changes in sentiment about the economy, Russia’s war against Ukraine, and even hurricane season — always a threat to disrupt refineries along the Gulf Coast — make predictions uncertain.

The hurricane intensified as it neared landfall, gaining top winds of 155 mph, just shy of the most dangerous Category 5 status. Damaging winds and rain lashed Florida, and forecasters said the heavily populated Fort Myers area could be inundated by a storm surge of up to 18 feet.