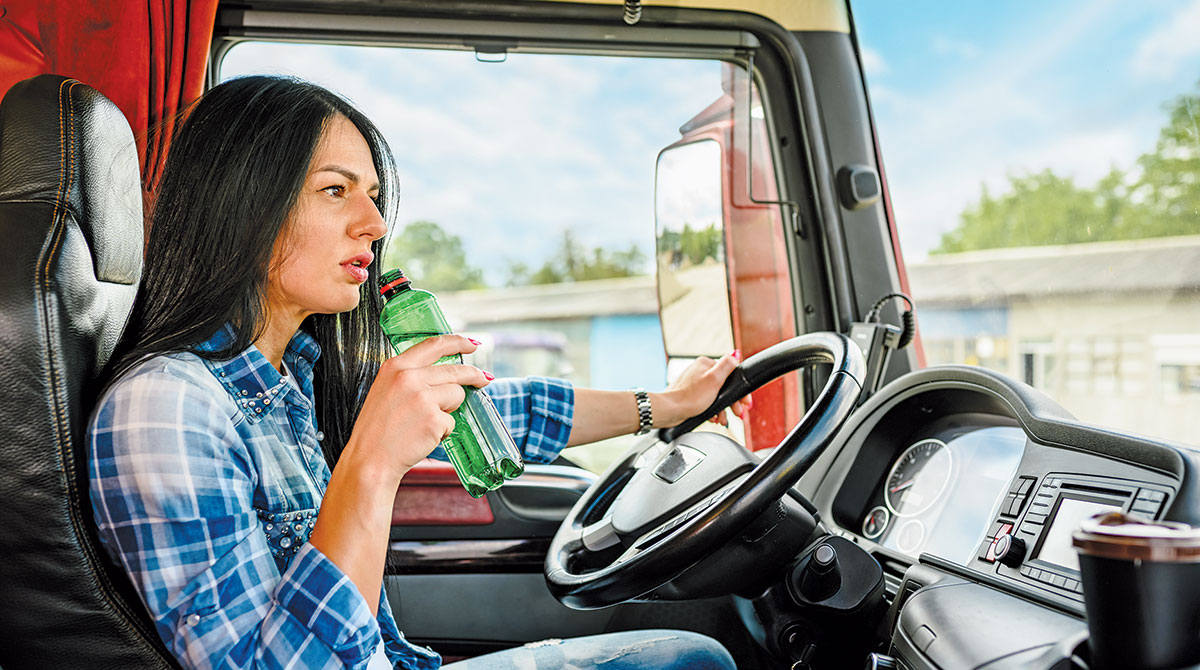 Women make up nearly 10% of the OTR driving workforce, according to Women In Trucking. (bluecinema/Getty Images)

In the $1 trillion Infrastructure Investment and Jobs Act (IIJA), which was signed into law Nov. 15, there were provisions to address the lack of women and younger drivers in the trucking workforce.

During her most recent appearance in Congress, the acting chief at the Federal Motor Carrier Safety Administration, Robin Hutcheson, informed a Senate committee that an advisory board focused on women entering the trucking workforce — the Women of Trucking Advisory Board — would be launched later this year. Hutcheson — who was nominated by President Joe Biden to become the agency’s full-time leader — said the Biden administration welcomes the benefits that would result from increasing the number of women in the trucking workforce.

The FMCSA leader shared her viewpoints about new programs specific to the trucking workforce during a Senate Commerce Committee hearing June 8.

“We anticipate being able to hold a kick off meeting in late summer or early fall,” Hutcheson said in relation to the advisory board. “Its role will be to identify barriers to women entering and staying in the driving profession.” 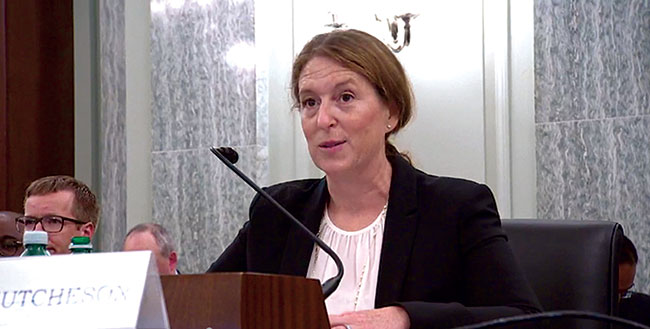 The agency told Transport Topics it anticipates announcing the board’s members by the end of summer. FMCSA already solicited nominations for the board to ensure its members are capable of reflecting a cross section of the industry’s women. FMCSA noted it is currently conducting a stringent and thorough review process.

The aim of the soon-to-be-unveiled board is to provide recommendations and respond to an array of workplace concerns. These concerns may pertain to career advancement, safety risks, workplace harassment and instances of lack of mentorship. Additionally, the board would look to identify ways women’s role in trucking could be amplified, via a series of reviews and reports meant as recommendations for regulators and policymakers.

Stakeholders argue that increasing the female demographic in the workforce would help address the industry’s ongoing shortage of drivers. American Trucking Associations, which reviews workforce data, said the industry faces a shortage of 80,000 commercial drivers. More drivers would likely assist with alleviating supply chain bottlenecks, transportation experts have argued. Supply chain bottlenecks have led to shortages of personnel and goods, which economists suggest is contributing to inflation, raising costs at the consumer level.

As part of the administration’s trucking plan, the departments of Transportation and Labor are tasked to present new pathways into the trucking profession for underrepresented groups, such as women. “It’s getting harder and harder to recruit new drivers, particularly women and people of color, to an industry that this nation and our economy desperately needs at full strength,” said Biden at a White House event promoting transportation policies in April. “[The] Labor and Transportation departments are working closely with industry to tackle issues facing women in trucking, recruit and retrain more women drivers so we can draw more Americans to work with increased wages, reduced wait times, and improved safety, and so much more.”

Experts argue that women are underrepresented across the transportation industry. In trucking, they make up about 10% of OTR drivers, according to Women In Trucking, an advocacy firm. President and CEO Ellen Voie told TT in June she anticipates the board to be able to help realize myriad objectives. The potential contributions from women to companies large and small merits serious consideration.

“I think a lot more attention is going to be paid on attracting more women into the industry. Women are more risk-averse. And women make decisions differently. So, if you’re a driver, you want someone who is more risk-averse,” she observed. “And [the American Transportation Research Institute] has found that female commercial drivers are safer than male commercial drivers.”

“If you’re more risk-averse — women ask more questions and take a longer time to make decisions, which there’s nothing wrong with that, because they’re contemplating all the options,” she explained. “So, that might help in the boardroom where, jumping into mergers or acquisitions — things like that — women are going to explore as many options as possible. And maybe not make as quick a decision, but will make the best decision.”

“In Wisconsin, we make things, and we need to ensure we have a strong workforce to transport our goods to market,” said Sen. Tammy Baldwin (D-Wis.), a member of the commerce committee, who sponsored the infrastructure legislation that led to the advisory board’s creation. “Removing the barriers that get in the way of women pursuing and retaining careers in trucking is key. More job opportunities for Wisconsin women will lead to more economic security for working families. And more women truckers will strengthen our supply chains and help lower costs for businesses and consumers.”

White House officials described the role of the Women of Trucking Advisory Board as reviewing and reporting on the “challenges facing woman drivers and those interested in joining the profession, such as on-the-job safety risks, mentorship, quality training and opportunities for advancement.”

The board has been endorsed by stakeholders, such as the Owner-Operator Independent Drivers Association and ATA.

“Since the passage of IIJA, we’ve been very appreciative of the administration’s engagement with our industry and their embrace of a broad approach to workforce development,” Nick Geale, ATA vice president of workforce policy, said in a statement to TT in June.

Another workforce provision tucked into the $1 trillion infrastructure law is an apprenticeship program to allow truckers under 21 to operate commercial vehicles interstate. Federal law prohibits such operations.

Specifically, FMCSA has been evaluating motor carriers to determine potential eligibility in the so-called young safe driver apprenticeship. Proponents of the workforce programs argue the new $1 trillion infrastructure law has the potential to pave the way for opportunities across the workforce. The law allows for public and private sector stakeholders to further recruit workers for myriad assignments.

“From welcoming ATA to the White House and U.S. [Department of Labor] to talk about apprenticeships, to engaging on the administration’s veterans task force, we have been actively engaged on workforce provisions. That includes the upcoming Women of Trucking Advisory Board and the soon-to-be published start of the safe driver apprenticeship pilot program for younger drivers,” Geale said. “These programs are, of course, taking some time to stand up and ATA has supported efforts to move as quickly as possible to improve the national supply chain.”

He further emphasized, “We appreciate the [Biden] administration’s continued efforts to support our industry in recruiting the next generation of professional truckers.” 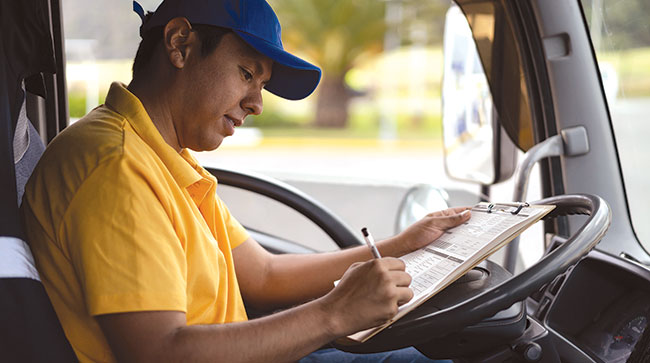 Hutcheson, at the June 8 Senate hearing, addressed the apprenticeship. “We are hard at work on the safe driver apprenticeship program, which is the under-21 study. We are working very closely with American Trucking Associations and others on it,” she noted. “We’re on track to begin welcoming younger drivers in, along with all the safety provisions that wrap around this program. We’re on track for early fall to begin that program.”

“[The] pilot program will help address the driver shortage, provides new career opportunities for young Hoosiers and other Americans and helps us make the roads safer, all under the same apprenticeship program,” Young said on June 8.

He also emphasized the importance of the country’s transportation and logistics industries and how drivers met the challenges of providing services throughout the pandemic.

“They delivered medical supplies, delivered equipment and other essential goods across the country. For the American public this was, I think, a stark reminder that our truck drivers, along with rail workers, and cargo airlines and auto manufacturers, continue to provide critical services. And it underscores that we need to support these vital industries.”