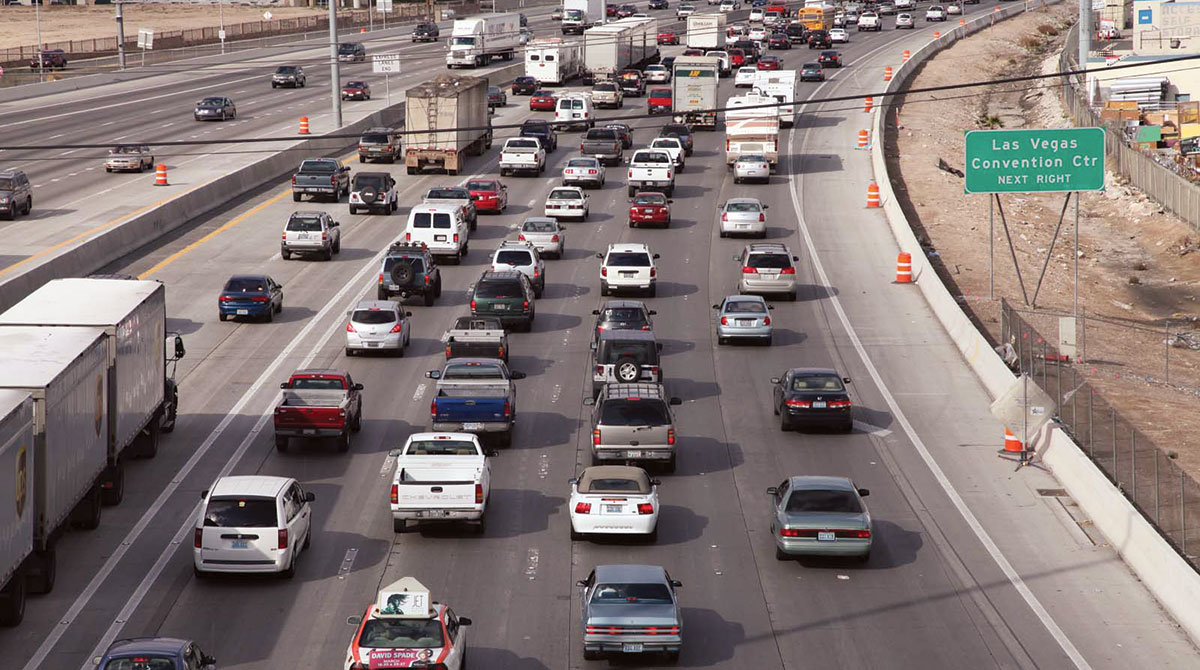 The Biden administration ordered carmakers to increase their average fuel economy to about 49 mpg by 2026, in an ambitious effort to make up for progress stalled when President Donald Trump rolled back the efficiency program.

The new fuel economy rules, issued April 1 by the National Highway Traffic Safety Administration, require carmakers to heighten the fuel efficiency of their fleets by 8% annually for the 2024 and 2025 model years, and 10% for 2026, according to a senior administration official. The agency was facing a March 31 deadline to finalize new rules for the 2024 model year.

The new rules come as the Biden administration is struggling to combat rising gasoline prices with costs surging past $4 a gallon in the wake of Russia’s invasion of Ukraine.

The administration had previously replaced a Trump fuel economy rule that called for automakers to make a 1.5% increase in fuel economy annually.

The U.S. Environmental Protection Agency has separately issued greenhouse-gas emission regulations that require automakers to achieve a vehicle mileage of 52 mpg by 2026 across all models they make, up from 40 mpg this year. The EPA’s number equates to roughly 41 mpg in so-called real-world driving conditions that typically account for about a 20% drop in fuel economy from EPA’s ratings.

The 49 mpg standard that the automobile industry will have to meet by 2026 is actually a testing figure. In real-world driving, the number would be about 39 mpg.

The EPA has said its proposal would result in a 10% reduction in vehicle emissions in model year 2023 and then a 5% greater emissions reduction improvement each year after through 2026. The agencies measure pollution differently, with the EPA focusing on tailpipe emissions and the NHTSA rules centering on miles-per-gallon.

The EPA reported in November 2021 that carmakers achieved an average of 25.4 mpg for vehicles made during the 2020 model year. That was 0.5 mpg higher than the 2019 model year and a record high, but a far cry from the 39 mpg, in real-world terms, by 2026 that President Joe Biden’s administration is now proposing.

Under the administration’s proposal, auto manufacturers will retain the ability to purchase credits from electric vehicle makers, such as Tesla, to ensure compliance with the fleetwide mileage requirements. The car companies say the credit system aids the industry’s transition to fully electric vehicles.

A group of 15 states led by conservative Republican governors has filed a lawsuit over the EPA’s rules that argues the agency exceeded its authority and violated the U.S. Constitution’s separation-of-powers principles in setting the stringent greenhouse gas emission rules. The case was filed in December by Texas, Alabama, Alaska, Arkansas, Indiana, Kentucky, Louisiana, Mississippi, Missouri, Montana, Nebraska, Ohio, Oklahoma, South Carolina and Utah.

The regulations from both agencies are part of a Biden plan that calls for half of all vehicles sold in the U.S. to be capable of emissions-free driving by the end of the decade, an ambitious goal that automakers say can only be achieved with bigger government investment in charging stations and other infrastructure.