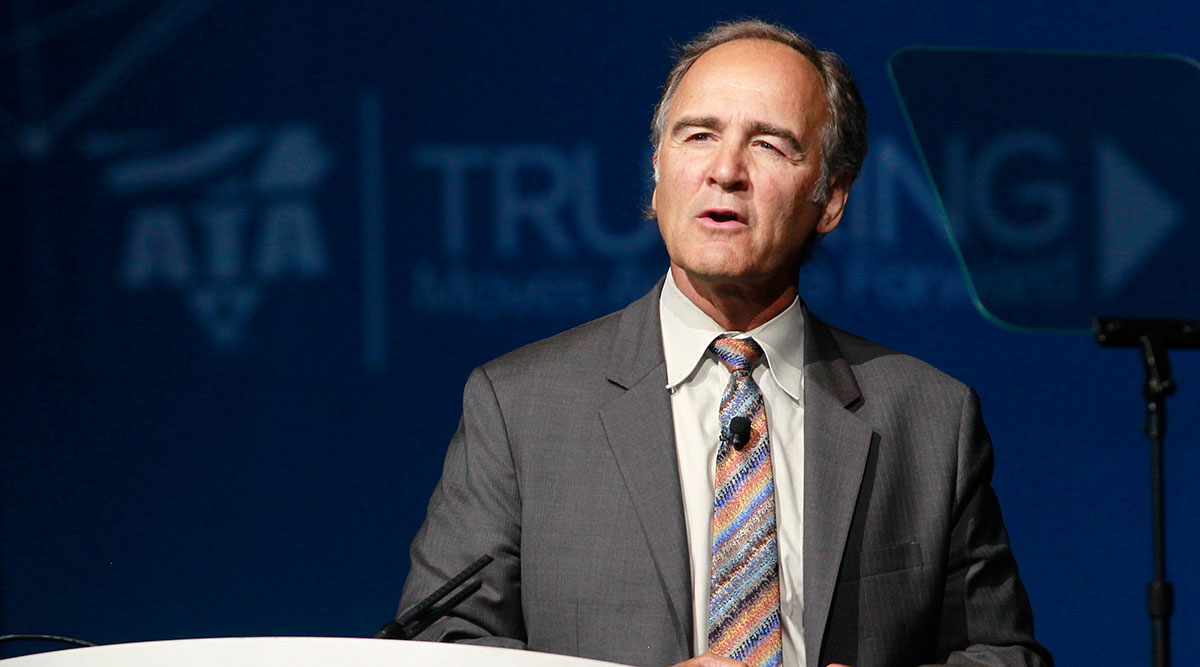 ORLANDO, Fla. — Autonomous trucks could give rise to a future in which 90% of crashes are eliminated and transportation becomes dramatically more productive and cost effective, technology expert Larry Burns told industry executives here.

Burns, a former corporate vice president of research and development at General Motors and a longtime advocate of automation and vehicle connectivity, shared his vision for how technology could reshape the industry during an Oct. 22 presentation at American Trucking Associations’ Management Conference & Exhibition.

“I think a very exciting future is possible for trucking when you put all of these possibilities together, and quite honestly, I think that’s enabled by autonomous driving systems,” he said.

In the near term, advanced driver-assist systems are improving safety, “and it’s exciting to see the trucking industry embracing these types of technologies,” Burns said. Longer term, autonomous driving systems and connected vehicles promise to enhance safety further, perhaps eliminating the 90% of crashes attributed to human error, he said.

Autonomy also could significantly reduce costs such as labor, fuel and vehicle maintenance.

Altogether, those savings could amount to a greater than 50% cost reduction opportunity for trucking, Burns said.

For the vehicle itself, the cost of new parts that support autonomous driving — such as sensors, processors, redundant controls, software and maps — could be more than offset by removing the cab, driver controls, gauges and air conditioning, he said.

Outgoing ATA Chairman Kevin Burch, who introduced Burns, offered a different perspective on the long-term role of the truck driver.

“Here at ATA, we believe the professional truck driver will always be in the cab, playing a key role in delivering America’s freight,” he said, pointing to the continued importance of pilots in commercial airlines despite the availability of autopilot.

While professional drivers are restricted to 11 driving hours a day under hours-of-service limits, autonomous trucks could operate for 22 hours or more, which would quadruple the potential service area in a given day, he said. “When you’re in an e-commerce world where these service times really matter, this is a really big deal and a big opportunity for trucking.”

Building off of today’s ADAS systems, the introduction of truck platooning is “right around the corner,” he said.

Once platooning takes hold, that technology could evolve to the point where the lead truck, still piloted by a driver, could be followed by an unmanned rear truck. That, in turn, could pave the way for stand-alone autonomous trucks on highways, he said.

Looking ahead, Burns recommended that trucking executives learn as much as they can about the technologies that could change the future of the industry.

“You as leaders need to deeply understand what is possible,” he said.

Through these transformative technologies, the industry can become safer and more cost effective while providing faster service, Burns said.

“Enjoy the ride. I think it’s going to be extraordinary.”