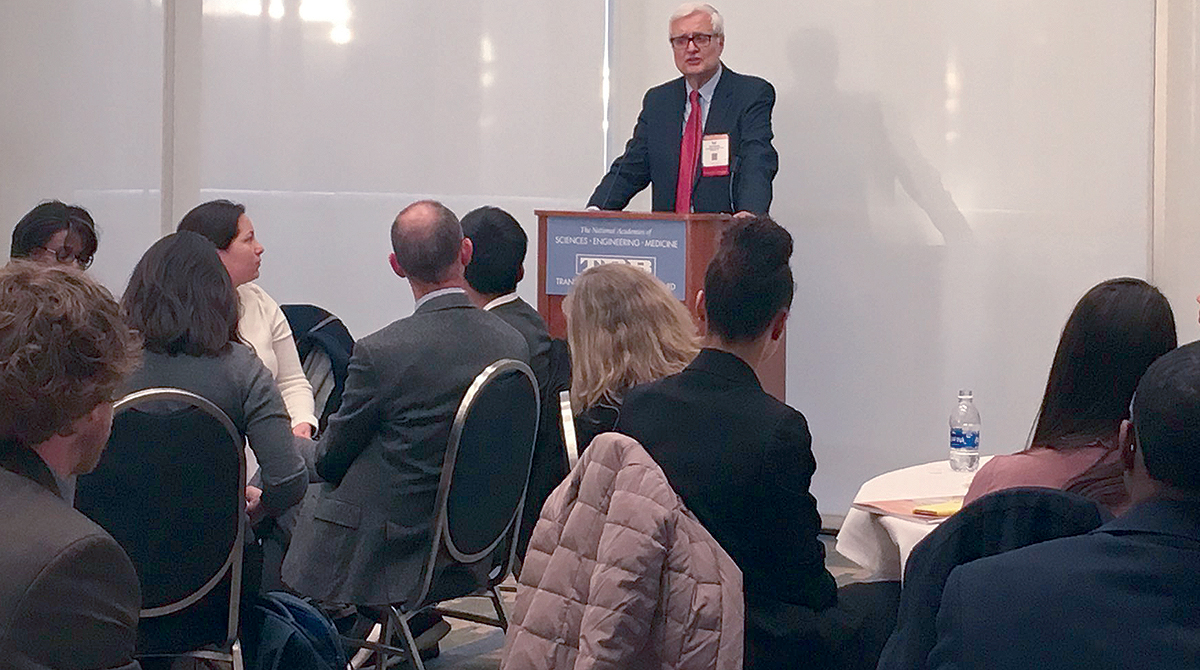 WASHINGTON — While the debut of automated vehicles in the marketplace remains years away, the technology already available has the potential of improving safety for commercial drivers, officials and experts at the annual meeting of the Transportation Research Board here said Jan. 14.

Trucks equipped with sensors, and communication and information software that responds to infrastructure, other vehicles and objects on the roadways will help address “challenges of driving a big truck for long distances, and making it easier” for drivers under stress by the industry’s demands, said Daniel Sperling, a member of TRB’s executive committee.

In a rundown of areas of concern for the country’s transportation network unveiled at the annual meeting, TRB noted: “Automation depends on advances in [artificial intelligence], software and sensors to substitute for human operators of transportation systems. … Regardless of which transformational technologies win consumer acceptance, human beings can be expected to respond in multiple ways, including unexpected ones.”

During a wide-ranging keynote address at TRB on Jan. 14, Transportation Secretary Elaine Chao also emphasized the potential safety benefits of autonomous technology. She noted her department had unveiled policy guidelines aimed at facilitating its adoption, and noted the industry needs to continue to educate consumers.

“Manufacturers and Silicon Valley must step up and help educate consumers about these new technologies,” Chao said. “The public may not understand automated vehicles have to meet the same safety requirements as vehicles driven by a person.”

To offer a flavor of the technology, the firm Keolis transported more than 1,200 riders during a demonstration of an autonomous shuttle throughout the TRB meeting Jan. 13-17. The vehicle, manufactured by the French firm Navya, was equipped with technology, such as lidar, and GPS.