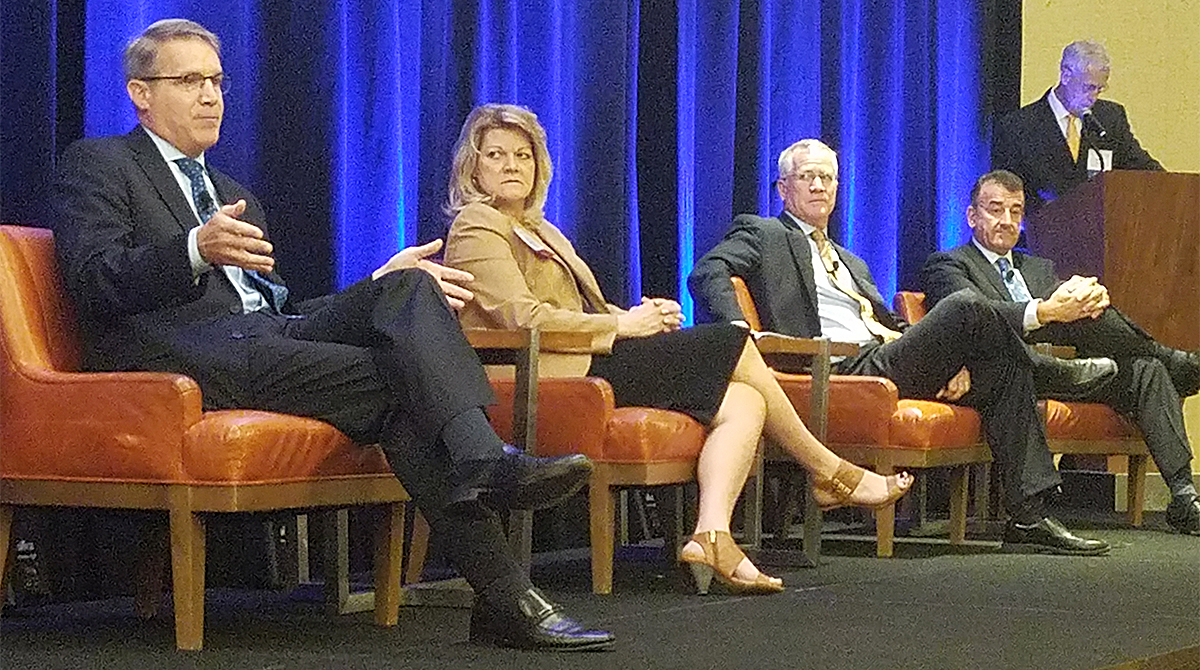 INDIANAPOLIS — The head of American Trucking Associations warned during a legal seminar here that further exemptions from Congress to electronic logging requirements for agricultural haulers could threaten safety on the nation’s roads.

“As far as ag is concerned, they do have a powerful voice,” ATA President Chris Spear told 600 attendees during a June 4 panel discussion at an event hosted by the law firm of Scopelitis, Garvin, Light, Hanson & Feary. “We’re open to discussing this. But there’s a break point to where we will push back and say, ‘This is really crossing the line on safety.’ ”

Spear was discussing a bill recently introduced by U.S. Sen. Ben Sasse (R-Neb.) that would relax ELD and hours-of-service requirements for livestock haulers. The bill, which has bipartisan support, states that these requirements would take effect only after a driver travels more than 300 air miles from his or her source, and is again exempt within 150 air miles of the delivery point.

“It’s allowing a complete sector of our industry to just go without any rules,” Spear said. “We are a nation of laws. Like it or not, we have rules, and we’re going to comply with them. So letting certain segments get out because they have a powerful voice in Republican states, that’s just not going to fly.” 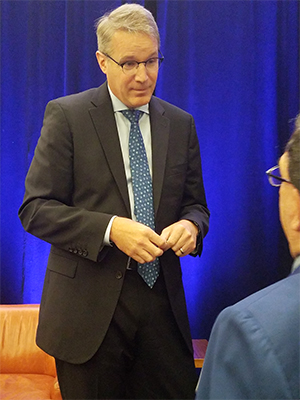 “ELD did not change hours-of-service regulations,” Gautreaux said. “It changed how drivers who were subject to paper logs would comply with the mandate. One of the recurring themes is flexibility. But this is such an incredibly diverse industry that trying to find consensus can be a challenge in and of itself.”

In a relatively rare public speaking engagement since she took her post six months ago, Gautreaux said that Transportation Secretary Elaine Chao has encouraged FMCSA officials to seek industry input on the ELD challenges and other issues.

“She has emboldened us to reach out to the industry and re-create this partnership, and has given me the wherewithal to maintain my relationship with the industry, with ATA, and the state trucking associations, who I think have their fingers on the pulse of the industry,” Gautreaux said. “So the bridge is opening up the door to FMCSA, and we’re listening to you. Talk to us.” 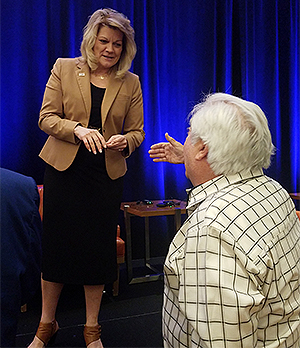 At a morning keynote speech, Spear said the environment in Congress was unlike any he’d seen before. He called it a “sea change.”

“We’ve seen a crop of new legislators come to Washington that are simply unwilling to compromise,” Spear said. “They’ve taken no new revenue pledges stating that they will not raise any new revenue.”

Those factors have made the quest to get bills passed for trucking frustrating, and difficult to tell trucking’s story, Spear added.

“You have to understand what you’re walking into,” ATA’s president said. “This crowd has, in my opinion, been a major reason why we have seen so little legislation pass, this bundling of bills now into one big package once a year, limiting our opportunities to get things done.”

Spear said he doubts there will be an infrastructure bill passed this year despite the nation’s roads and bridges being in dire need of repair.