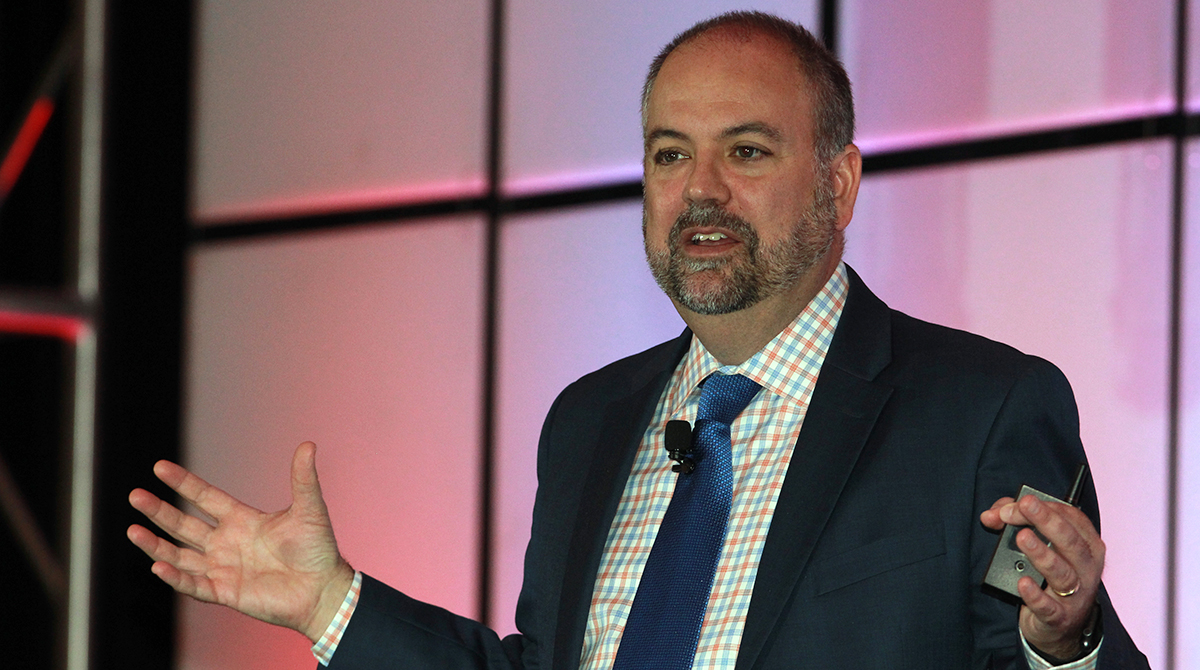 NASHVILLE, Tenn. — The freight market is booming, but carriers — and the trucking industry as a whole — will suffer unless companies can find enough drivers, according to American Trucking Associations Chief Economist Bob Costello.

Attracting and retaining drivers will be the biggest challenge for freight companies, which are operating in an economy that is experiencing a period of accelerated growth. Costello, who spoke at the 2018 Recruitment and Retention Conference Feb. 22, pointed out that Gross Domestic Product is projected to grow 2.7% this year.

“Freight is fantastic. I think it’s going to remain that way for a while,” Costello said. “Drivers is the biggest challenge. At the end of the day, trucking’s only as good as the drivers of freight.”

The driver shortage has regained its status as the trucking industry’s most pressing concern for the first time since 2006, the American Transportation Research Institute reported earlier this year. ATA last year reported the shortage at more than 50,000 drivers.

Although the U.S. Department of Labor calculates there are 10 million Commercial Driver License holders, far fewer are actually viable candidates for companies hiring because some people, such as retirees, maintain a CDL even though they no longer drive for a living. The Labor Department estimates that about 1.7 million people classify as heavy truck and tractor-trailer drivers, but this potential pool is even smaller because that figure factors in trash truck and construction truck drivers.

"Freight is fantastic. The economy is speeding up"-@TRUCKINGdotORG's @ATAEconBob at the Redirect Conference in Nashville pic.twitter.com/gE0kHl5QQm — Eleanor Lamb (@eleanorannlamb) February 22, 2018

Costello said there are 864,000 for-hire trucking heavy and tractor-trailer drivers on the market, but even that number is high because it includes less-than-truckload and garbage truck drivers.

In addition to struggling to attract drivers, many fleets encounter difficulty keeping them. The truckload fleet driver turnover rate in 2016 was 81%; Costello said it will probably be about 90% this year. Counterintuitively, turnover rates churn when the freight market is good because recruiters are looking for people to fill new positions that may offer more money.

Costello said the factors comprising the freight market, namely consumers, construction, factory output and inventory output, are all growing. He said U.S. withdrawal from the North American Free Trade Agreement would disrupt these positive trends. Cross-border trade supports 46,000 jobs in the United States, of which 30,800 are driving jobs.

President Donald Trump has repeatedly suggested he may withdraw the United States from NAFTA, stating that the pact harms American manufacturing.

Costello, who will travel to Mexico City next week to participate in the next round of negotiations, said that the Mexican presidential election in July and the U.S. midterms in November will push ongoing discussions about renegotiating NAFTA back.

“Pulling out of NAFTA would be one way to derail this,” Costello said. “I don’t think we’re going to that. It looks like hopefully that will not happen.”