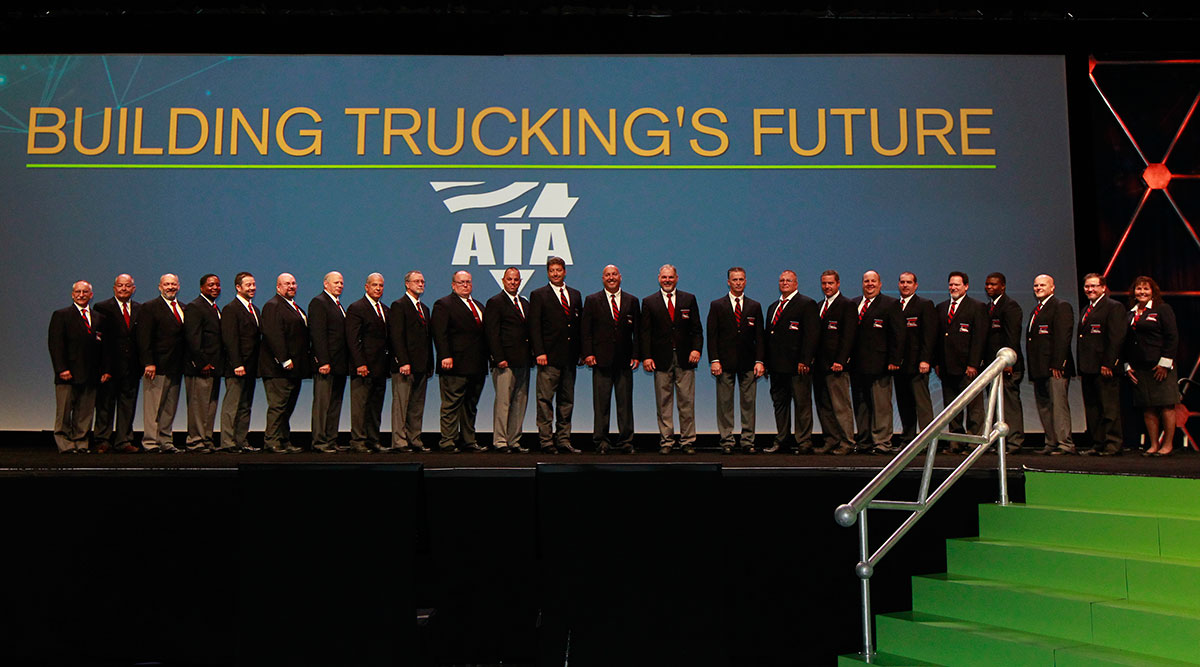 ORLANDO, Fla. — An estimated 1.2 billion people saw President Donald Trump sit in the cab of a Mack truck at the White House and speak with the driver in March — the logo of American Trucking Associations prominently displayed on the truck’s door — but what they didn’t know was that the truck was part of the Share the Road campaign.

It’s a highway safety program that reaches out to millions of drivers each year to convey the message of how to safely and responsibly drive around large trucks.

ATA Chairman Kevin Burch, president of Jet Express Inc., during the federation’s Management Conference & Exhibition here Oct. 23 thanked those who devote their time and energy to Share the Road and to America’s Road Team, a group of professional drivers who spread the highway safety message.

ATA President and CEO Chris Spear said this year was special, though. “With hundreds of events, including several trips to the White House, these individuals represented their companies and the trucking industry while radiating professionalism and were supported by our sponsors every step of the way,” he said.

America’s Road Team is sponsored by Volvo Trucks North America. This team of professional drivers shares the message of safety and the importance of the trucking industry with millions of people each year, including students, government officials, policymakers, community leaders and the general motoring public.

Volvo and Mack are divisions of Volvo Group, based in Gothenburg, Sweden.

The Share the Road truck, which is also used to deliver charity and relief goods, was featured in a Share the Road instructional video that won a Telly Award this year for innovation in digital media.

“The Share the Road program truly soared this year, reaching a global audience and imparting safety knowledge on people from all corners of the country,” said ATA COO and Executive Vice President of Industry Affairs Elisabeth Barna.

The truck was used to educate thousands of students about the crucial need for highway safety. It also helped deliver hurricane relief loads to Houston after it was ravaged by Hurricane Harvey in August.

Interstate One, ATA’s image show truck, is pulled by a Volvo VNL 780 and travels the country with its mobile classroom and simulator, giving the public an up-close look at the trucking industry. It is sponsored by Volvo Trucks, and supported by Bendix, EpicVue, Omnitracs, TA/Petro, Voyager/U.S. Bank and U.S. Legal Services.

In October, Trump used an Interstate One truck as the backdrop for a speech on tax reform. In March, Interstate One made history when it parked on the South Lawn of the White House.

“The drivers who we count on to spread the message of ATA and the trucking industry, are allowed to do so by the many sponsors and contributors involved in America’s Road Team and Share the Road. We could not be more thankful for their support and look forward to continue spreading our message to new audiences,” said Barna.