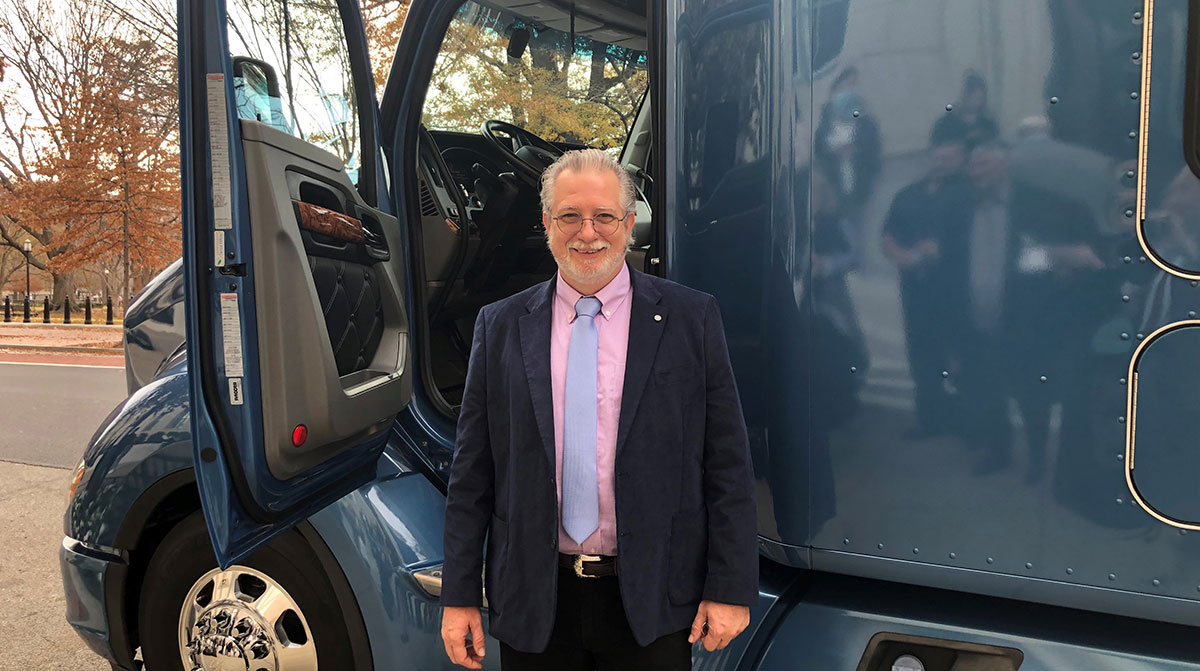 U.S. Army veteran Jimmy Reddell, who drives for Dallas-based Stevens Transport, is the winner of the 2021 Transition Trucking: Driving for Excellence Award.

Reddell, 55, a 22-year military veteran, was awarded a new Kenworth T680 with a 76-inch sleeper, which was parked outside U.S. Chamber of Commerce headquarters across the street from the White House when the announcement was made inside a room of trucking and transportation leaders. 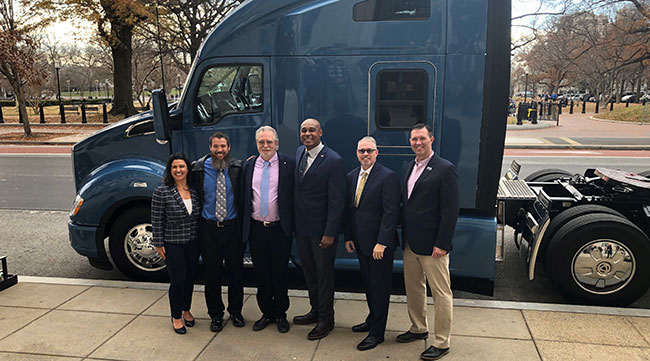 After his name was announced by Kenworth Director of Marketing Genevieve Bekkerus, Reddell said he was gratified to be named the winner. He gave credit to the two other finalists, retired Marine James Rose, who drives for Prime Inc., and Army veteran Christopher Slindee, who drives for Knight Transportation. Rose and Slindee received checks for $10,000.

“I’ve got a one-in-three chance, and then they called my name, and I was in disbelief. I didn’t really expect it. … I look at the other guys that I was competing against, and I was just honored to be in that group,” Reddell said. “There are so many deserving veterans that were nominated for this award, and to become a top-three finalist is truly amazing.”

The award has been presented every year since 2016. It culminates in December as part of the overall effort to encourage more transitioning military service members to consider trucking as a career and help ease the overall driver shortage. The list of finalists was narrowed from 10 to three in the fall, with those chosen coming to Washington to either receive a set of keys to a new truck or checks.

Each year, one winner is selected among veterans, guard members and reservists who transition to trucking after their military service.

Because of the COVID-19 pandemic, the 2020 event was held virtually. But throughout the almost two years of restrictions on gatherings and sheltering in place, Hiring Our Heroes President Eric Eversole told the three drivers and those in attendance that the industry moved thousands of tons of freight, keeping stores, hospitals, warehouses and distribution centers filled. 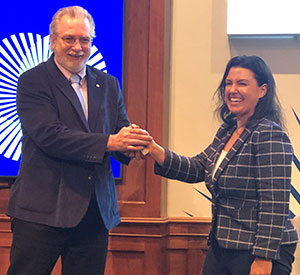 “Trucking is one of those critical jobs for our country. It’s absolutely critical. It’s a hard job, and some days are harder than others. It’s often a thankless job.”

Reddell signed up for the Army Reserves while still in high school in Little Rock, Ark., when he was 17. His military career has taken him worldwide, including South Korea, where he worked as a motor transport operator transporting Patriot Missile radar systems.

“The job required me to drive across mountain passes and roads that weren’t designed for heavy trucks, so I picked up valuable driving experience with the Army that is helpful today,” Reddell said.

In the aftermath of Hurricane Katrina in the summer of 2005, Reddell re-enlisted in the Army National Guard and asked specifically to be sent to Louisiana to help. He transported rescue and clean-up equipment to the stricken area when the military deployed to help.

We are excited to announce that Jimmy Reddell is the WINNER of the 2021 Transition Trucking: Driving For Excellence Award!

We are thankful for everyone that voted for and supported Jimmy throughout this process!

Before retiring from the Army, Reddell also worked as a military recruiter, and he just earned his CDL in 2020, and he joined Stevens Transport. He now says his goal is to continue driving as an independent contractor through the company’s contractor division. Reddell is the second Stevens Transport driver in the past six years to win the biggest prize.

Stevens Transport ranks No. 58 on the Transport Topics Top 100 list of the largest for-hire carriers in North America.

Kenworth Introduces Next Generation of T680