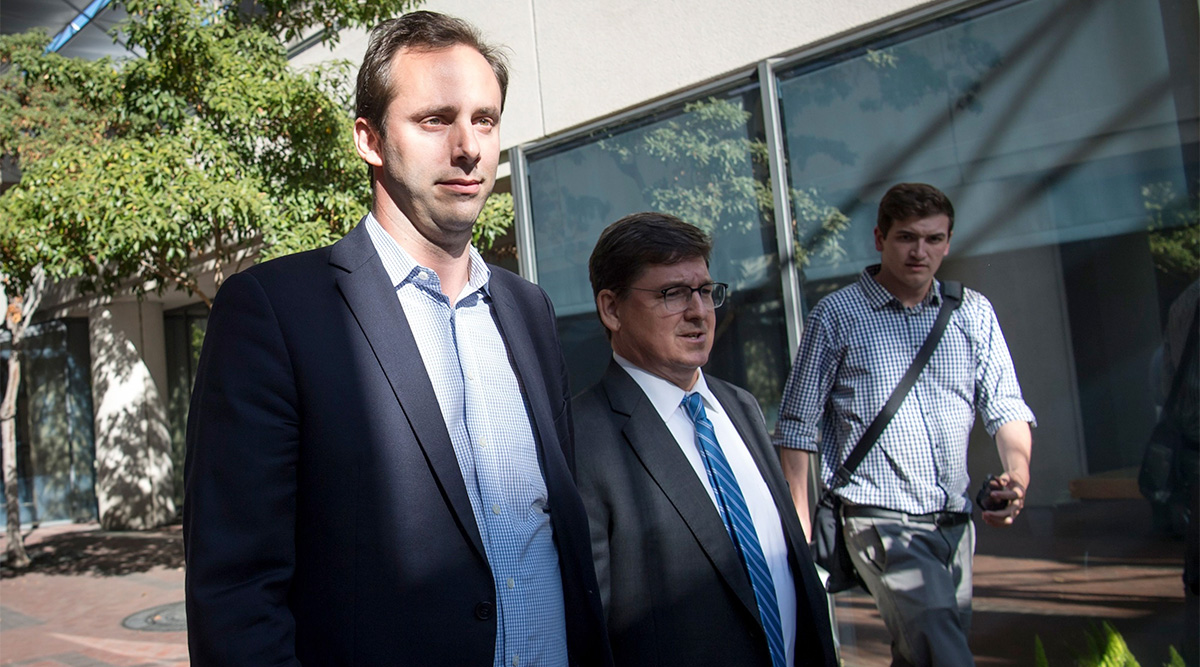 Autonomous driving engineer Anthony Levandowski was ordered to spend 18 months in prison for stealing trade secrets from Google as he defected to Uber Technologies Inc., in one of the highest-profile criminal cases to hit Silicon Valley.

U.S. District Judge William Alsup in San Francisco imposed the sentence Aug. 4 after Levandowski pleaded for mercy and prosecutors urged jail time as a deterrent for “brazen and shocking” conduct. Levandowski also agreed to pay $756,499 in restitution to Waymo and a fine of $95,000.

The U.S. District Attorney’s office had asked for a 27-month sentence. Levandowski, 40, had asked for home confinement due to COVID-19 infections in prisons that he said could amount to a “death sentence.” At Levandowski’s sentencing hearing, according to Business Insider, Levandowski’s attorneys cited respiratory problems and said in recent years he has twice suffered bouts of pneumonia.

Although Alsup did not relent on the prison sentence, he says Levandowski does not have to begin serving his prison sentence until after the COVID-19 crisis has passed.

According to Tech Crunch, Alsup said home confinement instead of prison time would “[give] a green light to every future brilliant engineer to steal trade secrets. Prison time is the answer to that.”

The engineer’s downfall is a saga of avarice and betrayal that left all involved looking bad.

“This was the most-watched, highest-visibility trade secrets case in a long, long time,” said Jim Pooley, a dean of trade secrets law in the Valley.

It was compelling, he said, because as a leader of cutting-edge technology, Levandowski moved between powerful competitors “in a way that was both spectacular and secretive at the same time,” and “with hundreds of millions of dollars being thrown around.”

“Nobody came out of this looking especially terrific,” Pooley said.

The engineer’s guilty plea leaves him a bankrupted convicted felon. His last few years of courtroom battles, he said in a letter to Alsup, have been a “grueling lesson in humility.”

Alsup oversaw the civil suit that Alphabet Inc.’s driverless car unit, Waymo, brought against Uber in 2017 alleging the ride-hailing company profited from Levandowski’s theft of secrets when it recruited him away from Alphabet’s Google a year earlier. Almost a full year before the suit settled at trial, Alsup recommended prosecutors criminally investigate Levandowski. He was indicted a year ago.

During Levandowski’s years at Google, the company heaped unprecedented sums on the engineer, including a $120 million bonus — only to claw it all back, and more, in a bruising civil arbitration over his defection that drove him into bankruptcy.

Waymo’s civil suit produced evidence that Uber’s shunned former chief Travis Kalanick duped his company’s board in order to lure Levandowski away from Google with a $680 million acquisition of his company, Ottomotto. The stock-based deal never paid out, and the cloak-and-dagger move detailed in emails and testimony ultimately ended with Uber firing Levandowski and later abandoning the legal cover it promised him against Google’s anticipated reprisal.

Levandowski, in a court filing, urged the judge to resist the “sinister narrative” that he stole secrets worth billions of dollars to enrich himself and Uber — for which he was pilloried in the media.

Of the 33 counts he was charged with, Levandowski argued his sentencing should be narrowly focused on the single trade-secret theft count to which he pleaded guilty: downloading Google files that included details about its driverless program’s goals, metrics, and challenges the company faced and overcame.

The U.S. argued Levandowski’s negotiations with Uber and his defection from Google provide important context. Prosecutors are saying “all these other things were dubious if not outright criminal as well,” said Eric Goldman, a professor at Santa Clara University’s law school. “The government’s position is that’s absolutely fair game to show this is his nature.”

Goldman did express sympathy for Levandowski’s concerns about the coronavirus threat in prison. “He shouldn’t suffer a major health crisis, or death, from the virus as part of the punishment — that’s not proportionate to his crime.”

When Waymo sued Uber more than three years ago, both sides pounded the courtroom podium with urgent arguments about how Levandowski might propel or hobble their position in the nascent driverless car market. Today, the only paid-for driverless rides in the U.S. are in Waymo cars in Phoenix. Uber’s driverless unit, Advanced Technologies Group, hasn’t set a date for providing self-driving cars on its network.

Levandowski, meanwhile, has started a new company, Pronto, which makes safety systems for trucks — without relying on lidar, the technology at issue in Waymo’s suit against Uber that helps autonomous vehicles see their surroundings. In his letter to Alsup, the engineer asked for a sentence that would help him continue “advancing the world through technology.”

Alsup instructed Levandowski that when his sentence is up, according to Tech Crunch, he must give a speech to 200 people, titled “Why I Went to Federal Prison.”