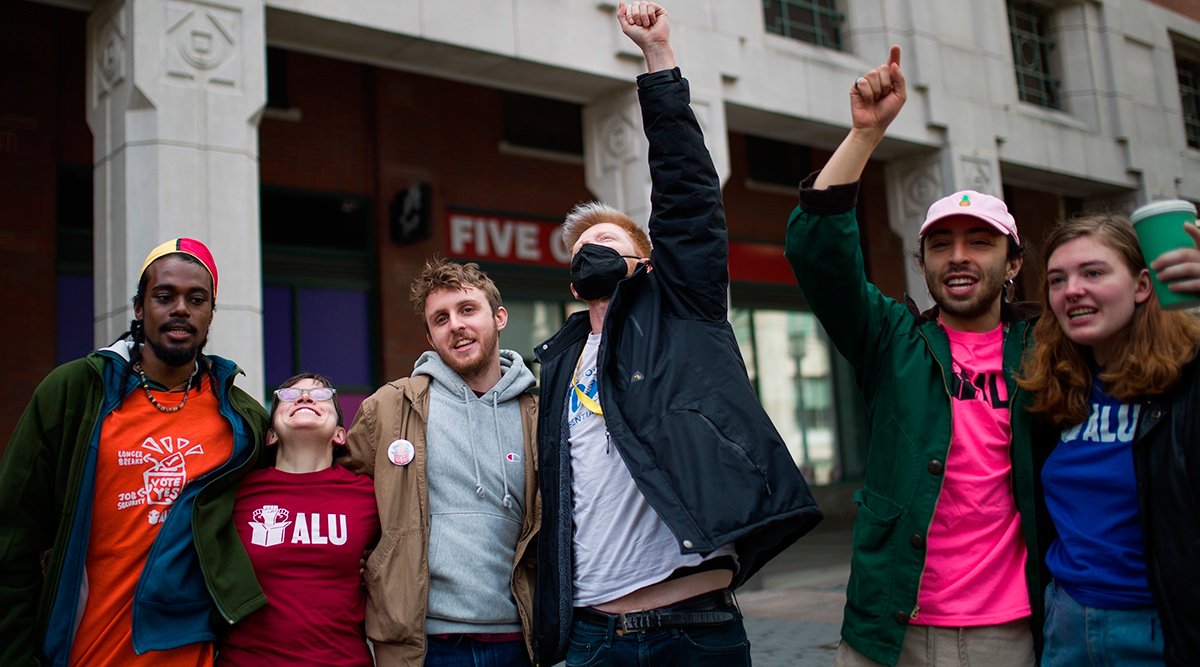 NEW YORK — Amazon workers in Staten Island, N.Y., voted to unionize on April 1, marking the first successful U.S. organizing effort in the retail giant’s history and handing an unexpected win to a nascent group that fueled the union drive.

Votes were still being tabulated but union supporters secured a wide enough margin to give the fledgling Amazon Labor Union enough support to pull off a victory. The votes that were either voided or contested by either Amazon or the ALU did not appear to be enough to sway the outcome.

More than 8,300 eligible workers cast their ballots. Amazon provides the list of eligible workers to the National Labor Relations Board, which oversees the process. Organizers say a high attrition rate may have shrunk that pool since the election was scheduled.

The victory was an uphill battle for the independent group, made up of former and current workers who lacked official backing from an established union and were outgunned by the deep-pocketed retail giant. Despite obstacles, organizers believed their grassroots approach was more relatable to workers and could help them overcome where established unions have failed in the past.