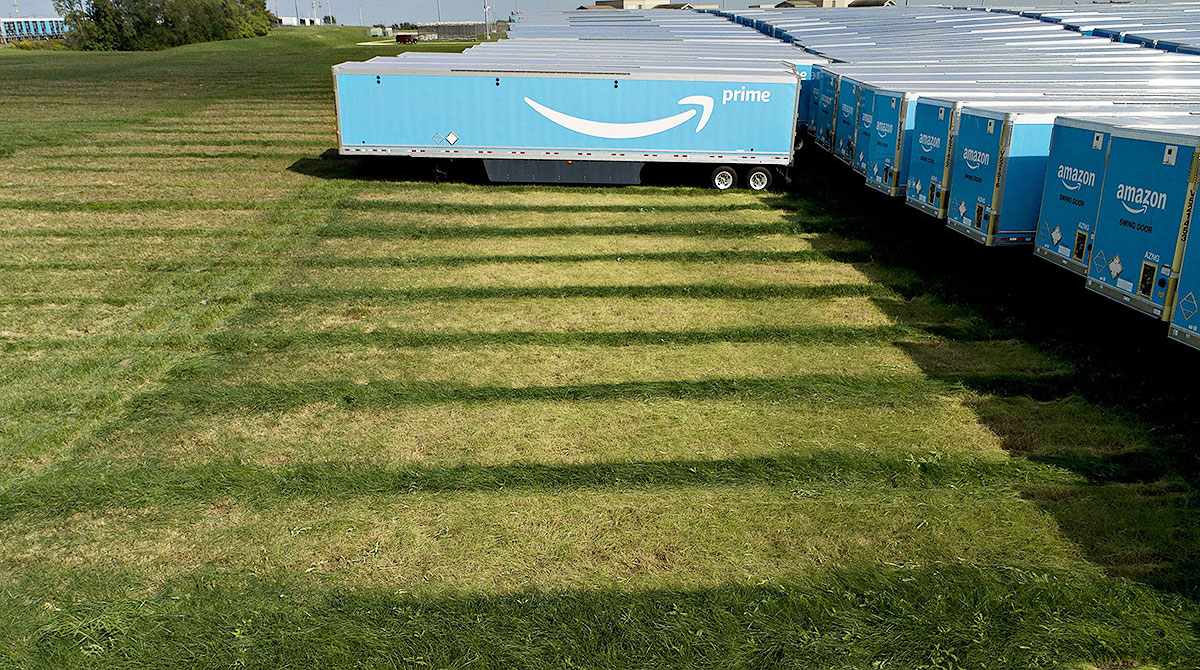 Amazon plans to open a three-building distribution center on the site of the former Maywood Park horse track, as part of the e-commerce giant’s ongoing race to deliver packages to customers faster.

The site will mark Amazon’s largest distribution center near Chicago, less than 2 miles from the city limits. Seattle-based Amazon will move into all of the approximately 623,000 square feet at Chariot Logistics Center in Melrose Park, according to sources.

Construction of the 40-acre warehouse development, by Atlanta-based Ridgeline Property Group, is expected to be completed by the end of the month.

The industrial development’s name is a nod to the property’s nearly seven decades of harness racing, before it closed in 2015. Amazon’s distribution center will be southwest of the corner of North and First avenues. The largest of the three warehouses will have about 252,000 square feet of space.

On the northern edge of the former racetrack, another developer plans almost 16 acres of retail. That developer, Chicago-based GW Properties, has commitments from restaurants and shops to occupy eight of 10 lots, GW principal Mitch Goltz said. He declined to identify the tenants.

An Amazon spokeswoman declined to comment, and a Ridgeline representative could not immediately be reached for comment Jan. 6.

Goldwasser confirmed all of the space has been leased to a single tenant, but declined to identify the tenant.

Sources said the tenant is Amazon, which has been beefing up its network of distribution centers in the Chicago area and throughout the state to keep up with the fast-rising volume of online shopping.

Amazon has opened more than 20 warehouse facilities within the past four years, according to supply chain and logistics consulting firm MWPVL International.

The largest is a 1 million-square-foot facility in Aurora, Ill. Recently, Amazon has been adding a series of smaller warehouses near densely populated suburbs and neighborhoods so i deliver orders as quickly as an hour or two in some areas.

In September, Amazon confirmed that the company signed a 237,000-square-foot lease for a distribution center in Skokie, Ill. At the time, Amazon said it has more than 11,000 full-time workers in Illinois.