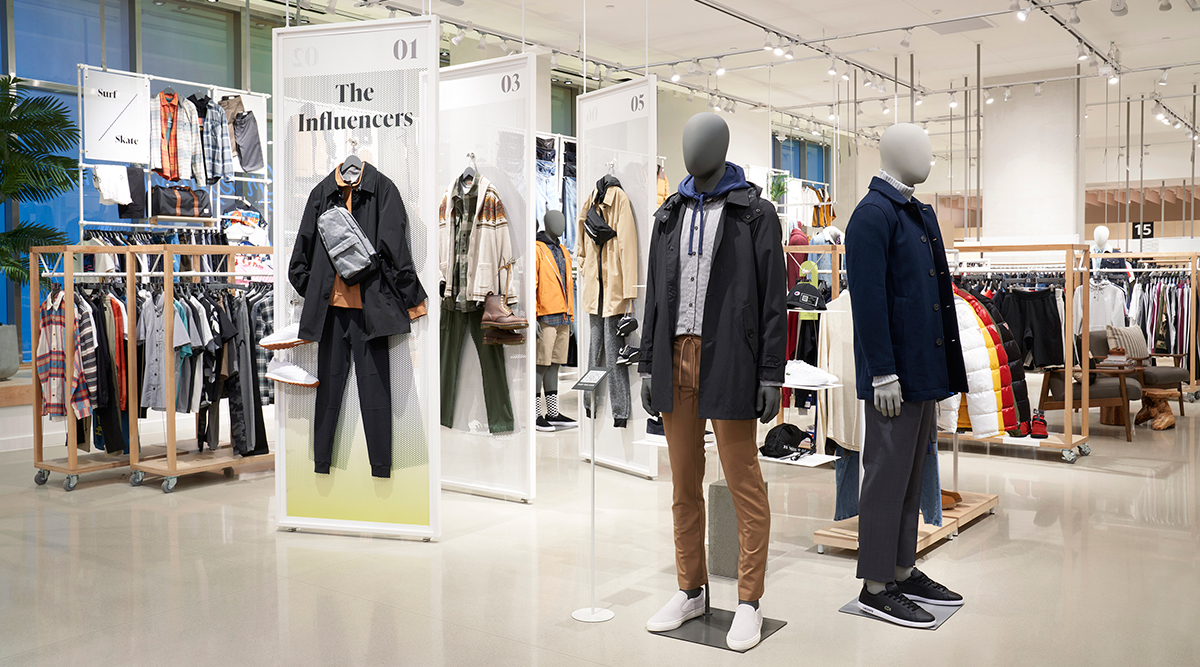 How Amazon envisions clothing could be displayed at the company's new Amazon Style store concept. (Greg Montijo/Amazon via Associated Press)

The online retailing giant said Jan. 20 that it plans to open a clothing store in a Southern California mall later this year. It’s the latest foray into brick-and-mortar for Amazon, which already sells more than 10% of all clothes in the U.S.

The store, which will sell women’s and men’s clothing as well as shoes and other accessories, will open at Americana at Brand, a mall in Glendale, Calif. The entry into malls could become another threat to traditional clothing sellers because of the data and shopper insights Amazon may gain, experts say.

Amazon says its algorithms will spit out real-time recommendations as shoppers keep scanning items that they see. Shoppers can also fill out an online survey of their preferences for style and fit.

The store will be about 30,000 square feet, similar in size to a Kohl’s, but about one-third the size of other department stores like Macy’s. However, it will offer more than double the number of styles as traditional stores do because only one of each piece of clothing will be on display, with the rest in the back room. Items are chosen by Amazon curators who also use feedback provided by millions of customers shopping on Amazon.com.

Simoina Vasen, managing director of Amazon Style, declined to comment on rollout plans of the new store concept or sales projections. Amazon didn’t give a precise date for the opening of the Glendale store.

Amazon has been making a big push into fashion in recent years through its own labels and in September 2020, it launched an online shop called Luxury Stores. 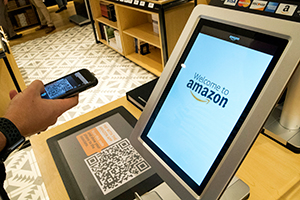 A customer uses the Amazon app to pay for his purchase at an Amazon store in New York. (Mary Altaffer/Associated Press)

Shoppers at the Amazon Style store can browse items on display and scan a QR code to see sizes, colors and customer ratings. Shoppers can send items to fitting rooms or directly to the store’s counter. Once in a fitting room, customers can request other items using a touchscreen.

“Amazon Style completely reimagines what’s possible in the fitting room, turning it into a personalized space where customers can continue to shop a seemingly endless closet of great styles,” Vasen wrote in an Amazon blog.

Neil Saunders, managing director of GlobalData Retail, said the prototype store could deepen Amazon’s influence in the sector, especially among clothing shoppers who love the experience of exploring and browsing physical stores. And it could empower Amazon with more shopping data.

But he also cautioned that Amazon’s success depends on execution.

“Traditionally, it is not all that good at creating a great in-store experience,” said Saunders. “It tends to be very solid at technology and operations but can fall short on spirit and soul — both of which are particularly important in fashion where consumers love inspiration, curation and personal services.”