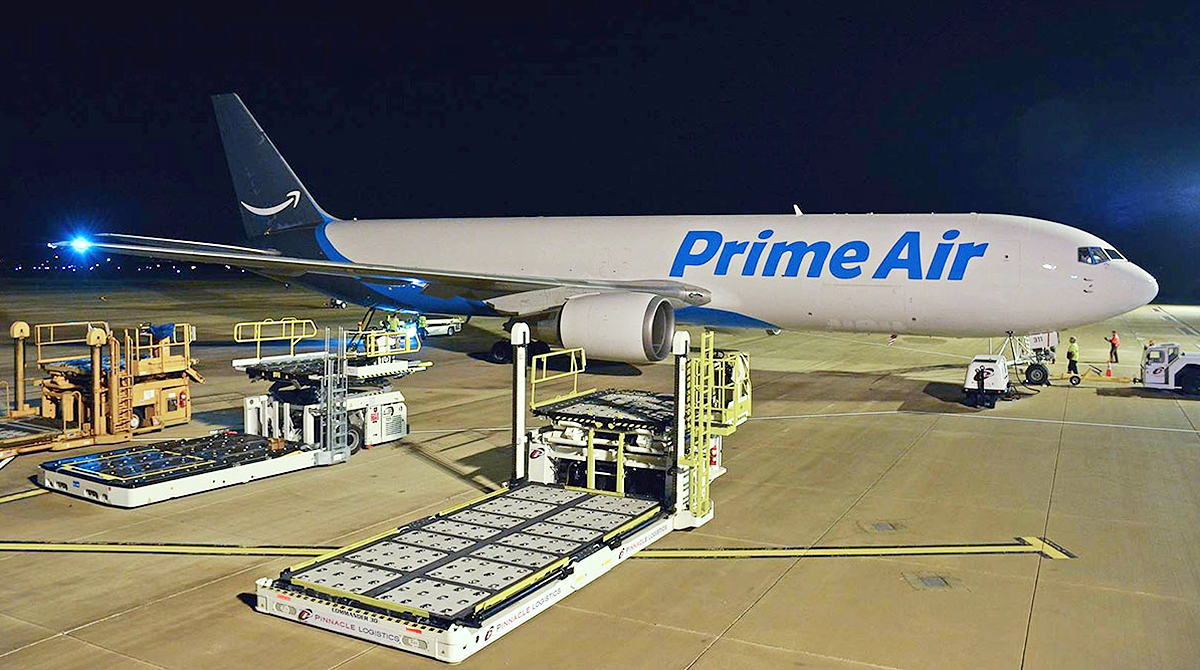 The air transport division of online retailer Amazon is expanding its capacity at a regional airport near Chicago that markets itself as an alternative to the city’s O’Hare International Airport, the nation’s sixth busiest cargo facility.

Amazon Air on Dec. 10 announced it will more than double its presence at Chicago Rockford International Airport, boosting the number of daily cargo flights it operates out of a facility that sits about 90 miles from both Chicago and Milwaukee. In terms of truck access to the area, Interstates 39 and 90 run directly through Rockford, while two more, I-43 and I-88, are about 30 minutes away.

Airport officials have long felt the facility could serve more of the cargo and passenger volume in the growing Northern Illinois and Southern Wisconsin regions, and see the Amazon move as vindication.

“We have been wondering who would figure it out first, the cargo guys or the passenger guys, and clearly the cargo guys have figured it out,” said Mike Dunn, the airport’s executive director, in an interview with Transport Topics. “It has brought our airport to the attention of a lot of very important people throughout the world.”

Dunn said the Amazon Air expansion will result in 1,000 new jobs in the next 18 months for the facility, and move it a step closer to becoming a Midwest hub for e-commerce freight for not just Amazon, but other carriers as well. UPS Air Freight, for example, already operates there.

A 72,000-square-foot cargo facility at the airport currently used by Amazon will be expanded to 200,000 square feet, Dunn said, and noted that construction is already underway.

“With 200,000 square feet, by the time they do the expansion that is a pretty big distribution center,” said trucking industry consultant Randy Mullett of Mullett Strategies in an interview with Transport Topics.

“It will be good for regional and probably [less-than-truckload], small package trucking.”

Boosted by Amazon’s existing presence, the airport moved a record 1.4 billion pounds of cargo in 2017, and officials believe they will exceed the 2 billion-pound mark before the end of 2018.

The Rockford expansion is the latest in a series of moves Amazon has made to boost its cargo-handling capacity. The online retailer earlier this month selected Fort Worth’s Alliance Airport in Texas to become a regional air hub, with plans to build a new facility there to handle multiple flights daily.

“We are excited to build a new facility from the ground up at Fort Worth Alliance Airport,” said Sarah Rhoads, director of Amazon Air, in a statement. “The new facility is the first of its kind for us.”

Amazon is also expanding at its Cincinnati/Northern Kentucky International Airport hub in Covington, Ky. While it currently operates 33 cargo planes out of the facility, earlier this year it announced that by 2027 it plans to have more than 100 aircraft in operation there, along with a 3 million-square-foot sorting facility. Amazon Air is now flying to more than 20 domestic destinations.

All of these efforts are designed to help Amazon ensure it has sufficient capacity to deliver its products without relying solely on shippers like FedEx, UPS and the U.S. Postal Service, Mullett noted.