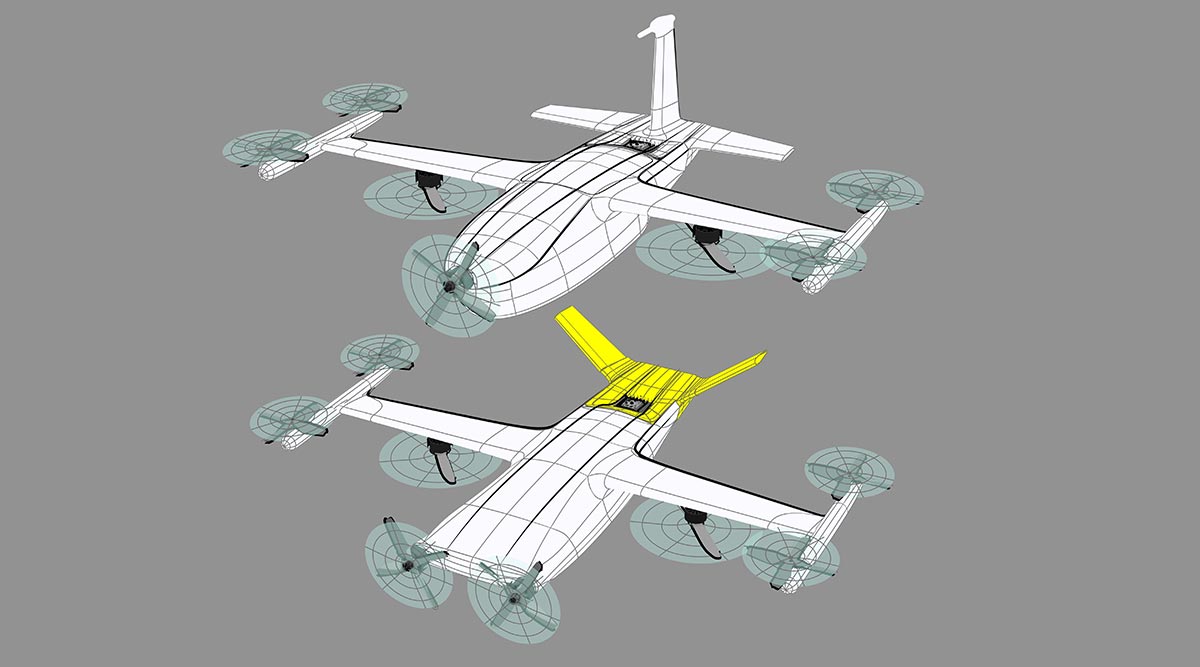 Wing's two new drone designs: One shaped like a small plane and another with a fat belly for additional cargo space. (wing-prod.blogspot.com)

Alphabet Inc.’s Wing subsidiary has developed a fleet of new drone prototypes designed to more efficiently deliver packages ranging from small pill bottles to items weighing as much as 7 pounds.

The two designs — one that looks more like a small plane used by hobbyists and another with a fat belly for additional cargo space — were unveiled July 14 in a blog post.

For the time being, Wing's delivery test operation is sticking with its Hummingbird W-B aircraft, a hybrid that can take off like a helicopter and fly horizontally like a plane, CEO Adam Woodworth said in an interview. But engineers built and designed the new aircraft to give the company more flexibility to expand, he said.

“The intent here is to build a robust R&D pipeline so the company can be prepared with a bunch of different aircraft that can meet different use cases,” he said.

The prototypes are all based on the Hummingbird, which the company says can carry about 2 pounds and has made hundreds of thousands of deliveries in Dallas suburbs, Virginia, Australia and Finland. They use many of the same components, such as motors and guidance systems, and follow similar designs.

The company is also considering building a prototype designed to make flights many times farther than the current 6-mile range and one to deliver goods over shorter distances in urban environments, Woodworth said.

Wing is a leader among companies trying to revolutionize retail sales by creating a network to deliver goods by small drones. Others include Amazon.com Inc.’s Prime Air, UPS Inc. and Zipline International Inc., which is working with Walmart Inc.

Currently, drone deliveries in the U.S. are being tested with strict safety limits imposed by the Federal Aviation Administration. Routine deliveries are still likely years away as the industry waits for the agency to draft safety regulations for such deliveries.