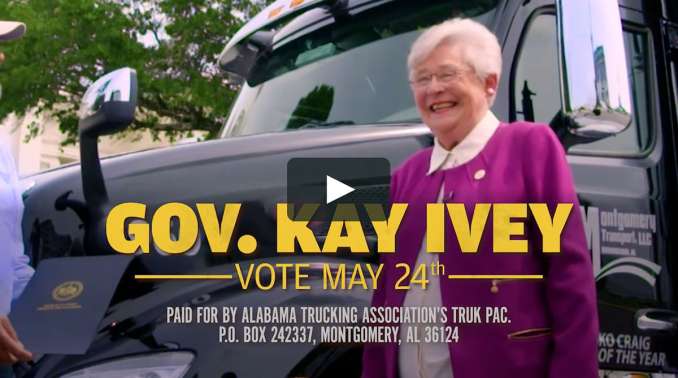 The Alabama Trucking Association aims to elevate the industry’s visibility in the state’s current election cycle with an ad campaign backing incumbent Gov. Kay Ivey, a candidate the group said has been a key supporter of trucking.

The shift beyond simply contributing to the campaign was made to ensure the industry’s voice stood out, said Mark Colson, CEO of the Alabama Trucking Association.

“It was a way for us to do two things at once — support a governor who has done a great job and supports our industry, and also tell our story, putting our message forward,” he told Transport Topics. “We typically don’t do a lot of hard money in the races. We’ve done $20,000, $30,000 or $40,000 in the past. Our board really wanted to do something to try to make a difference in the race.” 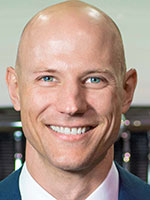 Through TRUK PAC, the association spent $150,000 on a statewide cable television media buy for a 30-second ad to air for two weeks. The ads feature and are narrated by Service One Transport president Kelly Robinson, who opens by standing in her company’s parking lot in front of a truck. “When one of our rigs hit the road, someone somewhere in Alabama is getting what they need,” she says in the ad, followed by words of support for Ivey’s efforts on behalf of small businesses.

“I’m really proud of Kelly,” Colson said. “We wanted a real trucker talking about their business, our industry and why we support the governor. And I think that’s what we did.” 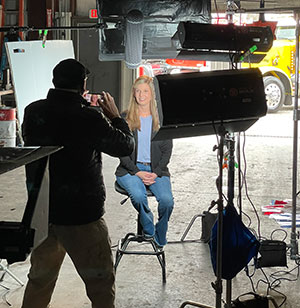 Robinson is filmed for an ad. (Alabama Trucking Association)

Colson called the ad “a real game changer” in terms of positive feedback he’s received from people across the state, especially in the trucking industry.

“Gov. Ivey understands that trucking is essential to our economic success and has worked with our industry to get more people into the industry so they can in turn provide for their families,” said Greg Brown, president of motor carrier BR Williams in Oxford, Ala., and chairman of TRUK PAC political action committee, in an April 28 news release. “When an elected official keeps their word, provides strong leadership and produces positive results, they deserve our support and our vote. Gov. Ivey has done just that.”

According to the state association, professional truck drivers deliver 86% of all goods shipped in the state. More than 110,000 people work in trucking in Alabama, accounting for 1 in 15 jobs there.

“I think the lesson learned is — if we’ve got a good candidate, if we’ve got a good message ourselves and story to tell, we can use those mediums through the political process,” Colson said. “It got people’s attention. And it painted us in the right light, as opposed to — many times — people try to paint us in an improper light. I’m really pleased with the way it turned out.”

He said the association traditionally hosts a golf tournament for its major annual fundraiser, with the goal of raising $250,000 toward an overall total of $1 million to support pro-trucking candidates during elections.

“We have a quadrennium election cycle in Alabama, which means all the statewide offices, constitutional offices and all 140 members of our Legislature run on the ticket every four years together,” Colson said.

Alabama’s primary election is scheduled for May 24. The date for the primary runoff election is June 21 and the general election will be held Nov. 8.