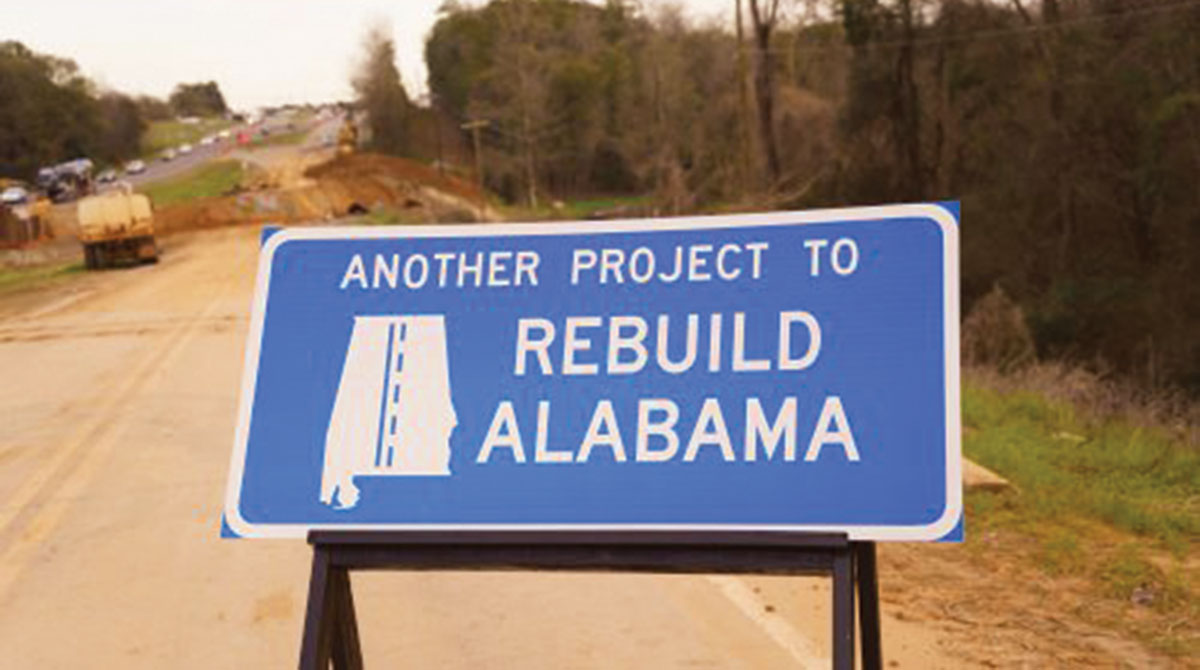 Three plans targeted to improve truck traffic in Alabama are among 33 road and bridge projects receiving a total of $40 million in state transportation funds announced by Gov. Kay Ivey.

“Our decision to address Alabama’s infrastructure challenges is paying major dividends in several vital areas, and I am thrilled to continue building on this momentum by moving forward this year’s projects,” said Ivey during her Jan. 12 announcement about grants being awarded to cities and counties.

The funds are from the Alabama Transportation Rehabilitation and Improvement Program-II (ATRIP-II), created by the Rebuild Alabama Act. Alabama has awarded more than $140 million in state transportation funds under ATRIP-II since it started in 2019.

According to the act, ATRIP-II is mandated to be an annual program allocating at least $30 million from the state department of transportation’s share of new gas tax revenue for local projects on the state highway system.

I’m proud to announce more than $40 million in state transportation funding is being awarded to cities & counties for various road & bridge projects. This is the largest round of local funding since the passage of the Rebuild Alabama Act. #alpolitics https://t.co/zdPtEN62Li — Governor Kay Ivey (@GovernorKayIvey) January 12, 2023

Among the new grants were 18 projects from cities and counties putting forward more than $7 million in local funds even though ATRIP-II has no eligibility requirement for local governments to add matching funds.

To be selected, a project must be proposed by one or more local governments and relate to state-maintained highways. All winning projects must move forward within two years of funds being awarded, according to the governor’s office.

The lowest grant was $215,000 to add a turning lane in Haleyville, with the highest amounts reaching $2 million awarded to seven various transportation projects in Houston, Lee, Mobile, St. Clair and Tuscaloosa counties.

The three projects with a direct trucking focus are for the towns of Fayette, Brilliant and Asheville.

The state will provide $751,406 for roadway improvements around Asheville’s downtown courthouse square on U.S. Routes 231 and 411 in St. Clair County that includes converting traffic in a one-way direction and making turning radius improvements to accommodate heavy truck traffic. Local funds amounting to $111,176 will be contributed to the Asheville project, located near Interstate 59 some 44 miles from Birmingham.

A $1.95 million grant will pay for right and left turning lanes for truck traffic on State Route 129 at the entrance of Brilliant-based Stone Canyon Homes, a builder of luxury tiny homes in Marion County. The area is located in a former coal community at mountain foothills in northwestern Alabama.

Also located in the state’s northwest Appalachian area, Fayette will have an $850,000 grant to widen sections of an intersection at S.R.171 and S.R.18 to improve truck turning movements.

Projects being awarded state funds are to emphasize public safety, promote economic growth and improve the stability of state roads and bridges.