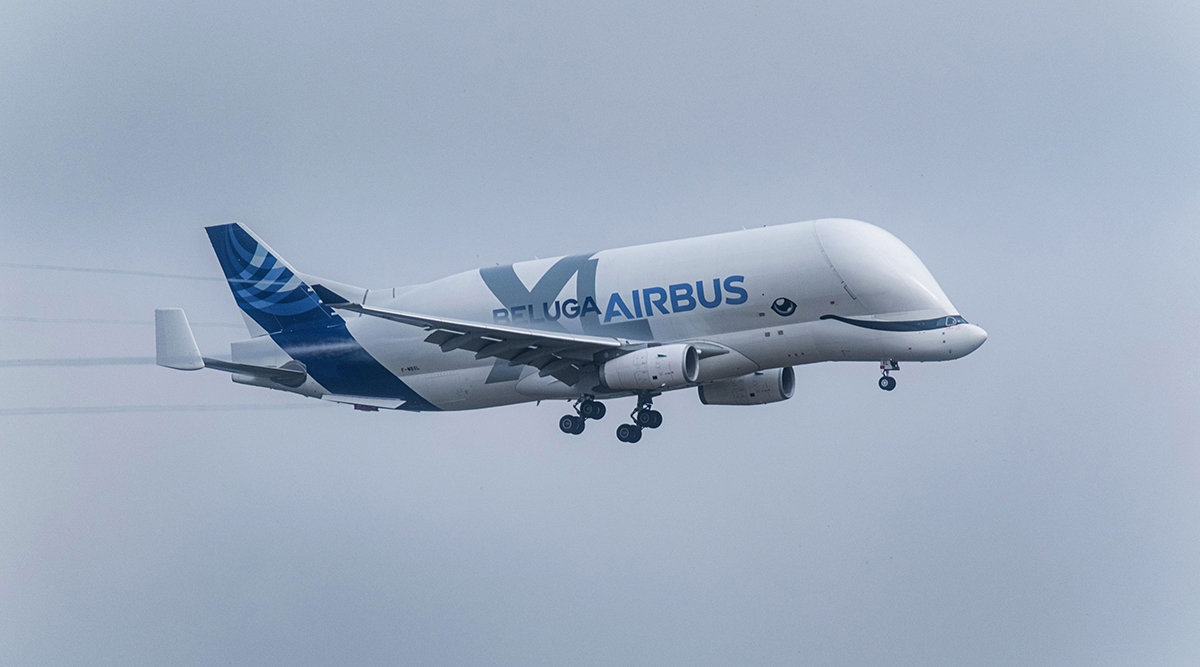 Airbus SE is poised to carry out its first cargo flights for an external client using a fleet of giant Beluga jets originally built to ferry wings between the planemaker’s European factories.

The assignment with the model, named due to the resemblance of its domed fuselage to the white Arctic whale, will be performed before the end of this year, Benoit Lemonnier, managing director of Airbus Beluga Transport, said Oct. 17.

Airbus is expanding into outsize cargo using the first generation of Belugas, a variant of the A300 widebody, which have outlasted their original use due to the emergence of larger and more efficient A330-based models to carry wings. The move has coincided with a drop in global heavy-lift capacity after the war in Ukraine reduced the availability of Antonov An-124s, which had dominated the market.

“We know that the market is made up of several hundred missions a year and we want to capture a significant part of that,” Lemonnier said in an online briefing after the new division delivered a satellite to the U.S.

He declined to name the customer for the pending third-party flights, though Airbus said it’s pursuing contracts in the U.S., Europe and Asia. All five Beluga STs in service will be available by 2024 with the deployment of six new Beluga XLs for wing missions.

In another example of how the jets will now be used, a satellite known as Hotbird I3G manufactured by Airbus’s space arm was flown to the Kennedy Space Center in Florida, where it will be launched into orbit for French operator Eutelsat SA.

Further such Beluga assignments are likely, with eight more satellites in production, though Lemonnier said his business has to bid for the work like all external suppliers. Other operations this year have included the transportation of helicopters from an Airbus factory in Marignane, France.

Objects carried by outsize cargo planes range from heavy infrastructure for the oil and power industry through trucks, tanks and boats to disaster-relief equipment such as pre-assembled bridges.

Ukrainian cargo carrier Antonov has moved its operations to the Leipzig Halle hub in Germany since the Russian invasion, which saw attacks on its operations at Hostomel airfield outside Kyiv that saw the destruction of the sole An-225, the world’s heaviest-ever aircraft.

Russia’s Volga-Dnepr Airlines, the other main An-124 operator, has been limited by sanctions, with some aircraft impounded overseas.