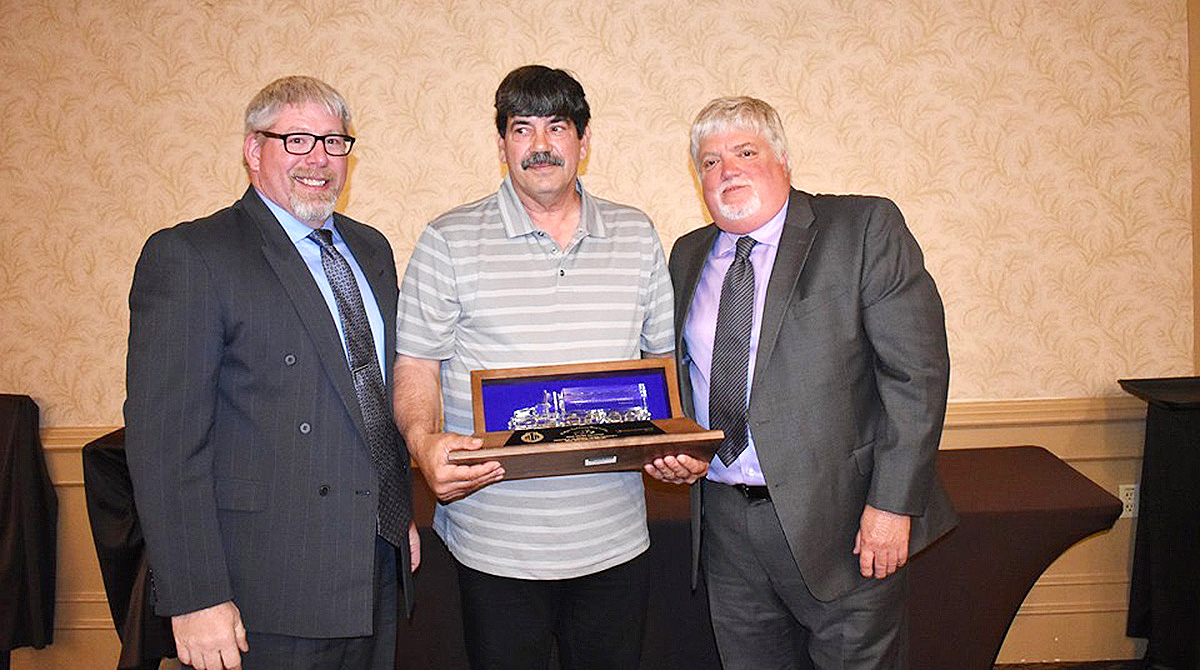 Gary Wrobel is a patient man.

The 32-year Martin Brower employee first earned a No. 1 finish in the 5-Axle competition at the Michigan Truck Driving Championships in 1999.

Twenty years later, he won the 5-Axle again, and added the Grand Champion title at the competition June 7-8.

“It’s been 20 years since I got the first place, but then when I got the Grand Champion, I was just beaming,” he said.

Wrobel is preparing for his trip to the National Truck Driving Championships by studying.

“I just keep going over the book,” he said, “because a point’s a point.”

“I won the Martin Brower truck rodeo, I won at state, but I know things get tougher as you go along.”

Wrobel recalls his first trip to nationals in 1999, which were held in Tampa, Fla. He brought his family, including daughter Allison, who attended all of his competitions when she was growing up. She made him a grandfather two weeks before this year’s competition, he said.

“I was floored when I won,” he said. “I knew I did first-place good, but I didn’t know I was Grand Champion good. I couldn’t wait to call her. I think she brought me some luck.”

Wrobel has been in the industry for 42 years and has driven 2.6 million miles with no accidents in 39 years.

“I’m constantly looking ahead,” he said. “I gotta use patience every day.”

When he’s not driving, Wrobel likes to restore cars.

“I’ve always had an interest in old cars,” he said. “They’re fun, but you gotta take your time. It’s like driving. You’ve gotta be patient.”