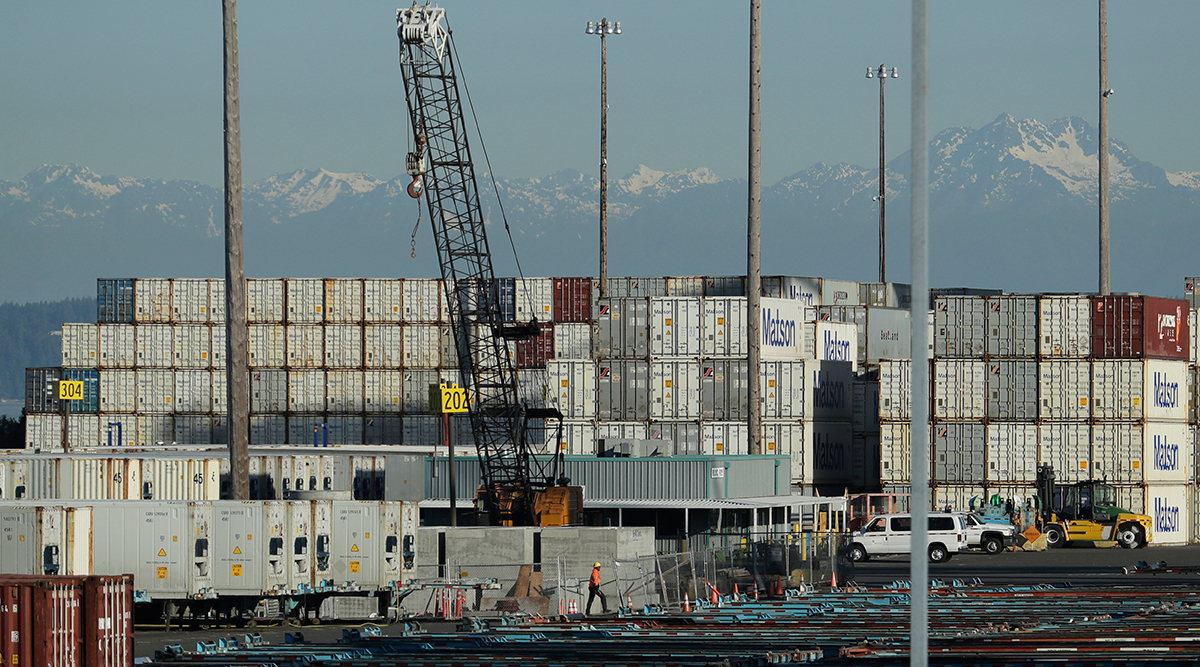 A worker walks near truck trailers and cargo containers on May 10, 2019, at the Port of Tacoma in Tacoma, Wash. (Ted S. Warren/Associated Press)

The WTO decision said that the way the United States calculated its duties using third-country prices was not consistent with WTO anti-subsidy rules, and that it must modify the way it penalizes subsidized Chinese exports or face the prospect of retaliation.

However, the ruling also delivered the United States a victory in that it approved the underlying policy the U.S. Commerce Department uses to determine whether Chinese state-owned enterprises unfairly subsidize exported goods.

The office of the U.S. Trade Representative said the ruling proves that China uses state-owned enterprises to “subsidize and distort its economy.” Nevertheless, the appellate body decision “undermines WTO rules” because it says the United States “must use distorted Chinese prices to measure subsidies,” according to the statement.

The Chinese Ministry of Commerce touted the ruling as a victory in a statement and urged the United States to immediately take concrete actions to correct its WTO-inconsistent practices.

The ruling is considered important because it provides more clarity on the critical question of when a Chinese state-owned enterprise can be considered a “public body.”

The U.S. Commerce Department currently presumes that state-owned enterprises can be considered “public bodies” if they are majority owned by the government and therefore their financial contributions to other companies may be considered countervailing subsidies. The United States then uses a methodology that incorporates third-country prices to calculate tariffs on Chinese goods it deems to be subsidized by public bodies.

Industrial subsidies can take on many forms, ranging from cheap or free electricity given to factories by local governments, to tax credits and access to cheap capital.

U.S., European and Japanese trade negotiators are working to conclude a partial agreement that is aimed at curbing the market-distorting behavior of China’s state-owned enterprises.

The trilateral effort is part of an effort to modernize global trade rules that the United States and others claim have failed to address China’s rise as a global economic power.

If the talks advance, people close to the discussions say, they would become the most significant attempt to rewrite WTO rules since the ultimately unsuccessful Doha Round of trade negotiations was launched in 2001.