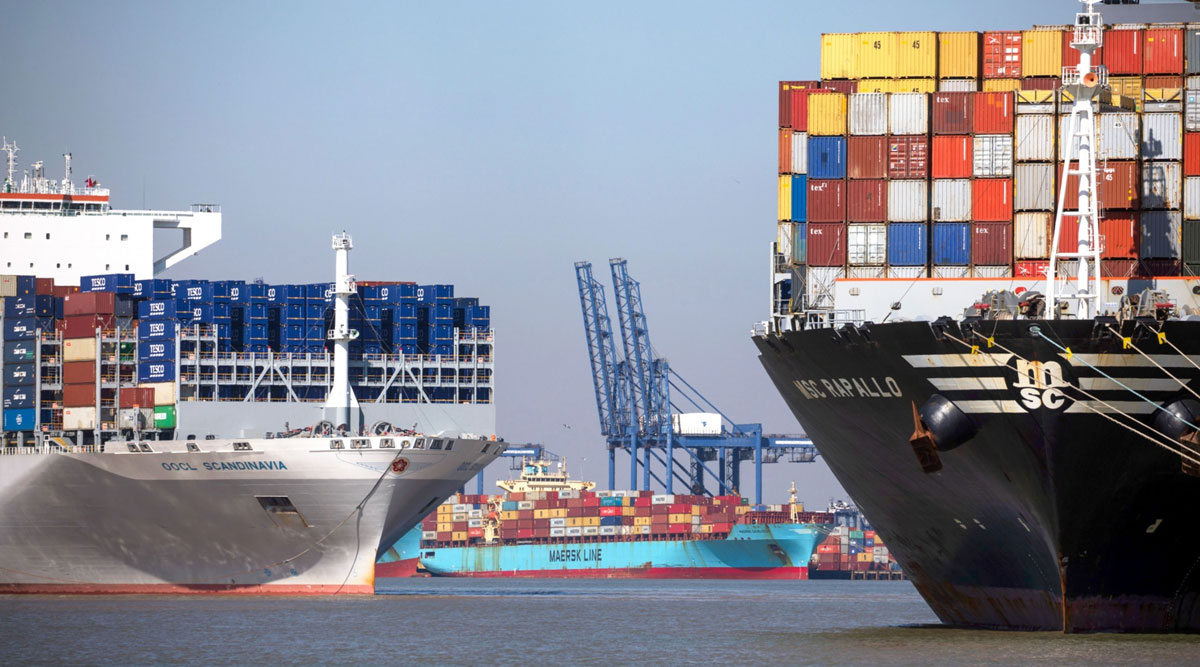 Container ships anchor at the Port of Felixstowe, in Felixstowe, U.K. on March 25. (Chris Ratcliffe/Bloomberg News)

The global economy’s most abrupt and consequential shock in at least a generation is unfolding at ports and other hubs of international commerce as the U.S. and Europe struggle to contain the coronavirus pandemic.

The Great Recession, the Sept. 11 attacks, the 1973 oil embargo — none of these modern crises constricted trade flows as quickly and as sharply as the COVID-19 disease has.

Not even World War II delivered the kind of sudden economic knockout that is paralyzing global supply chains and rendering almost silent the most bustling cities in the developed world as businesses close and consumers obey orders to stay at home.

“This could be seen as a war-like scenario without the physical asset destruction,” World Trade Organization Chief Economist Robert Koopman told Bloomberg in a telephone interview.

Incoming data from some of the world’s busiest ports, already seeing diminished cargo traffic with China’s economy shut down during the past two months, paint an ugly picture of a further collapse that many economists expect to persist well into the first half of the year.

U.S. import and export volumes slowed in the weeks leading up to shutdowns in American cities, according to IHS Markit data compiled by Bloomberg. U.S. exports have been hit particularly hard, and those figures will be key to watch in the days ahead to gauge the severity of the downturn.

The port of Shanghai — the largest in the world — saw a 20% year-over-year drop in container throughput in February, according to the Shanghai Municipal Statistics Bureau. Last month, cargo volume at the Port of Long Beach declined 9.8% from a year earlier, and the total container throughput at Hong Kong’s port fell 11% on a cumulative basis.

Ports in British Columbia have seen a “material slowdown” in cargo volumes due to a number of events, including the impact of coronavirus on imports from Asia, said Mike Leonard, president and CEO of the BC Maritime Employers Association.

The Port of Savannah has seen a 20% drop in container business in March. It’s expecting a surge of full containers to sit in storage for at least a short period, as the current lockdown at many U.S. retailers and factories reduces demand, said Georgia Ports Authority Executive Director Griff Lynch.

“We are looking at a very sharp, unprecedented decline in trade, especially because of the speed at which it is happening,” former White House economist Phil Levy said by phone. 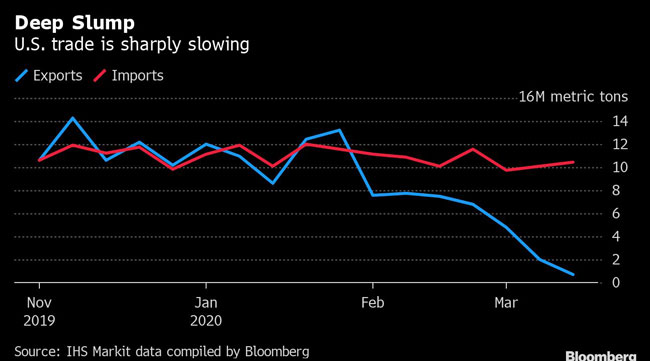 “If we are already starting to match Great Recession statistics, that means we are on pace for the modern record,” said Levy, now the chief economist at freight logistics company Flexport Inc.

As reported cases approach half a million people worldwide, the disease has forced governments to implement nationwide lockdowns that have stalled factories, closed many restaurants and retail shops, and left consumers scrambling for necessities. The result has been a twin supply-and-demand crisis that’s upended the shipping industry, which transports about 80% of the world’s food, energy, raw materials and manufactured goods.

A.P. Moller-Maersk A/S, the world’s largest container line and fourth-largest company on the Transport Topics Top 50 list of the largest global freight carriers, indicated March 26 in a letter to customers that “the many conversations we have with you confirm our expectation of lower volume demand in the coming weeks.”

Copenhagen-based Maersk repeated that the virus hasn’t had major impact on its ability to operate, saying “goods continue to flow through our warehouses, terminals and network” as 85% of its global office-based staff works from home.

But disruptions continue to crop up. On March 25, India’s government created uncertainty about how goods will flow in and out of the world’s seventh-largest economy when it told its major ports that the pandemic provides reasonable grounds for invoking force majeure — a contractual escape clause in the event of natural disasters.

On March 24, the Manila International Port temporarily closed after one of its employees tested positive for the new virus, and the Port of Houston temporarily closed two of its public container terminals last week after an employee contracted the disease. 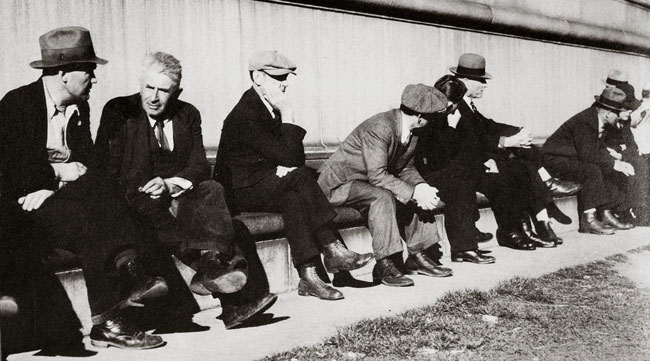 Few economies have been spared the virus’s wrath — especially those in Europe, which is currently the epicenter of the global pandemic.

Europe’s largest seaport, in Rotterdam, observed a “significant” drop in throughput volumes for all cargo flows over the past three months, said Leon Willems, a spokesman for the Port of Rotterdam.

“The pandemic is disrupting the production and logistics chains at the global level,” Willems said by email. “There is a realistic probability that throughput volume for the whole of 2020 will be significantly lower than in the past two years.”

Even China, which is gradually beginning to recover after its cases first emerged in December, is still having trouble rebooting its stalled supply chains.

“Production is starting to slowly restart in the country, but they are having challenges finding truck drivers and getting through the heightened levels of screening that’s required to get these products overseas,” said Gaurang Shastri, managing director at Lincoln International’s North American Logistics & Transportation.

The U.S. experienced an unprecedented 45% year-on-year slump in imports from China during the first two weeks of March, according to S&P Global Market Intelligence. The consumer electronics industry is taking a hard hit with a 66% drop in Chinese shipments of machinery and electronics and a 64% decline in imports of computers compared with a year earlier.