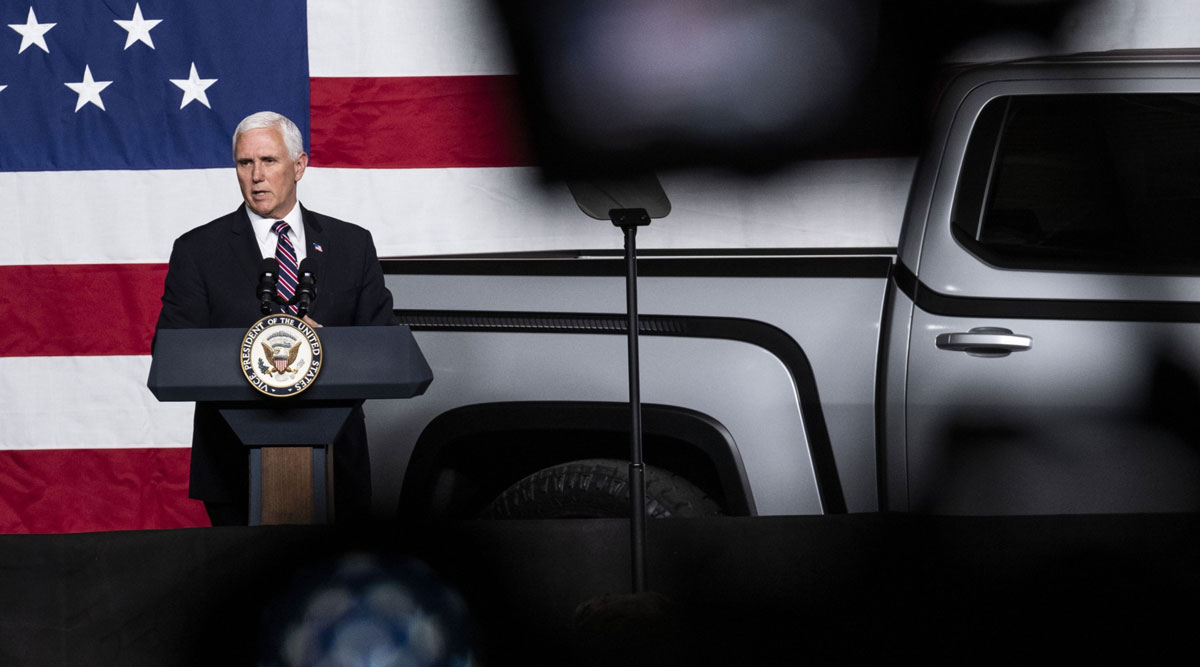 Shares of Workhorse Group Inc., a maker of electric delivery vehicles, are surging as investors bet the Trump administration will want the company and a fellow Ohio-based affiliate to succeed.

Workhorse’s stock soared as much as 38% on June 30 after the company announced it had secured $70 million in financing from an unidentified institutional investor. After a nine-day streak of gains, its market capitalization is now more than $1 billion.

While Workhorse has humble ambitions to produce and sell just 400 vehicles this year, it has friends in high places. The company has a 10% stake in Lordstown Motors Corp., which hosted Vice President Mike Pence last week for a factory visit. Lordstown Motors is named after the Ohio plant it’s trying to revive after General Motors Co. ceased production and sold the facility last year.

Workhorse shares some intellectual property with Lordstown Motors, and both were started by Steve Burns, who’s now CEO of Lordstown Motors. Workhorse’s customers include UPS Inc. and Ryder System Inc.