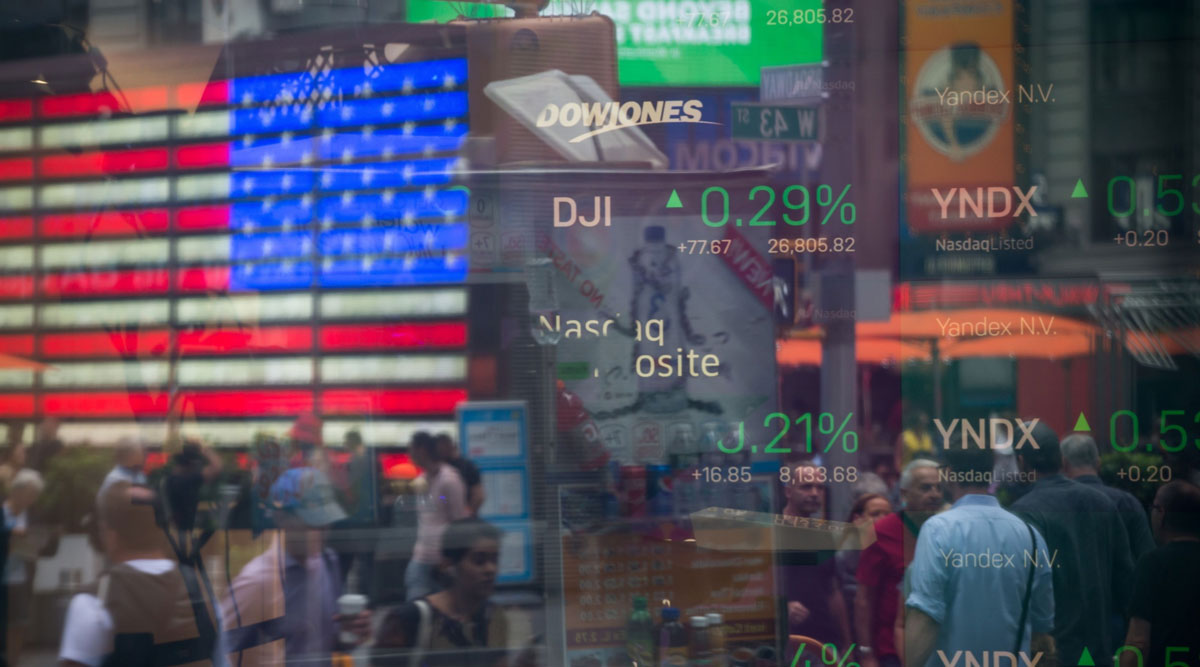 Rep. Tim Ryan spotlighted the 524,400-share Oshkosh deal, which came in after-hours trading on Feb. 22 ahead of the company’s surprise win of a contract to make postal trucks. The size of that trade was almost as much as average daily volume in the stock in the prior year, according to data compiled by Bloomberg.

Ryan’s demands for an investigation added fuel to Workhorse’s long shot bid to overturn its loss to Oshkosh, which surged as much as 16% on Feb. 23, the day the Postal Service announced the maker of military trucks had won a contract to construct a fleet that will consist mostly of combustion engine vehicles. 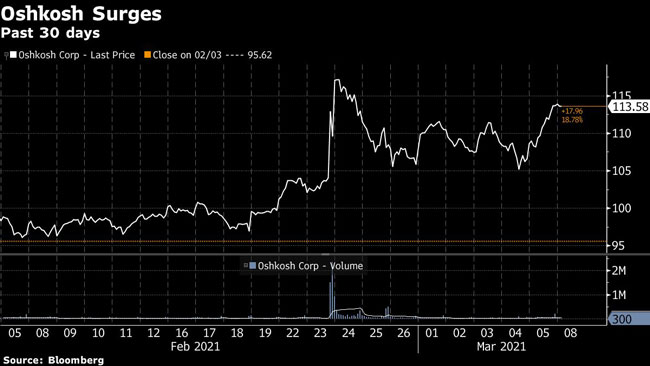 The holdings would be worth $59.77 million at this Oshkosh price of $113.97 at 10:18 a.m., or more than $5 million above the purchase price. The parties involved in the trade couldn’t be determined.

Ryan, an Ohio Democrat who is fighting the award to Oshkosh, said he will ask the Securities and Exchange Commission to investigate. Representatives of the agency didn’t respond to an emailed request for comment. 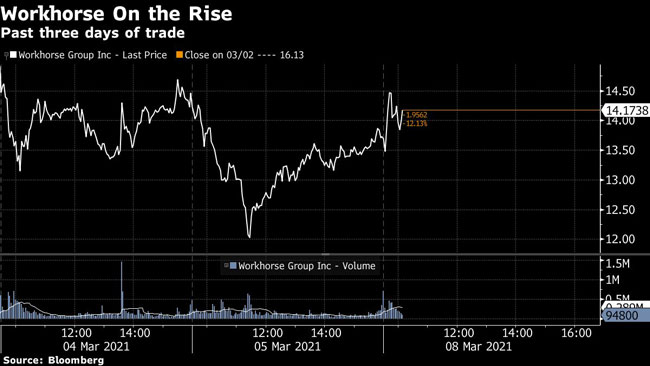 The Postal Service awarded Oshkosh, a Wisconsin-based maker of military trucks, a 10-year contract for as many as 165,000 vehicles worth as much as $6 billion.

Ryan is backing the losing bid of Workhorse which has a 10% stake in Lordstown Motors Corp., which makes electric vehicles at a facility in Ryan’s congressional district.

The move to award Oshkosh the contract stunned Wall Street analysts who had predicted Workhorse’s proposal to make electric trucks would win at least some of the order. Workhorse is considering challenging the award.

Trades outside of normal market hours can have a significant impact on share prices because market activity is thinner.

Ryan, who said he is drafting a letter to the SEC, has joined with Ohio Democrats Marcy Kaptur and Sen. Sherrod Brown in calling for the Biden administration to halt and review the Postal Service award to Oshkosh.

Ari Natter, Todd Shields and Ben Bain were the primary contributors to this report.