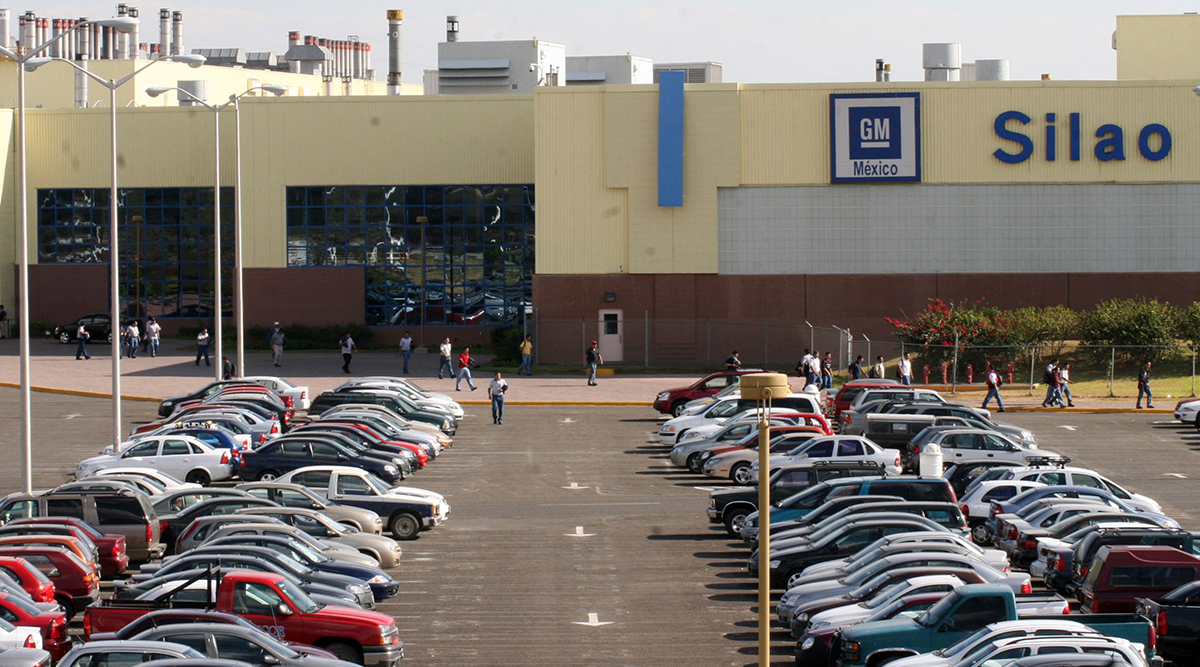 MEXICO CITY — Workers at a General Motors plant in Mexico have voted to end a collective bargaining contract negotiated by an old-guard union accused of intimidation tactics in earlier votes. It was an early display of the effectiveness of labor mechanisms negotiated under the U.S.-Mexico-Canada Trade Agreement.

The vote means the contract is terminated, but the workers maintain the same benefits and labor conditions. The vote was a rejection of the union, part of the Confederation of Mexican Workers. A new group has been working to organize the plant’s workers.

The vote was held inside the plant with observers from the Labor Ministry, National Electoral Institute and the United Nations’ International Labor Organization.

The conditions for the vote “demonstrate the government’s commitment to union democracy and respecting the will of the workers,” the Labor Ministry said in the statement.

GM said in a statement that production at the Silao plant would continue under the terms of the current agreement until a new one is negotiated and approved by a majority vote. The Labor ministry will issue a final resolution within 20 business days.

“General Motors appreciates that the GM Silao Collective Bargaining Agreement (CBA) legitimizing process was carried out with high participation and no incidents have been reported by the Ministry of Labor,” the statement said. “For GM it is very important that employees have been able to exercise their rights in a personal, free, secret and direct form. GM also appreciates the collaboration of the U.S. and Mexican governments and of the independent observers who supervised the exercise.”

In May, the U.S. government filed a complaint under the USMCA after the old union was caught allegedly destroying ballots in an earlier vote.

The “rapid response” mechanisms under the trade pact allow a panel to determine whether Mexico is enforcing labor laws that allow workers to choose their union and vote on contracts and union leadership. If Mexico is found not to be enforcing its laws, sanctions could be invoked, including prohibiting some products from entering the United States. The May complaint was the first to be filed under the USMCA.

Mexican auto workers make one-eighth to one-tenth of the wages of their U.S. counterparts, something that has spurred a massive relocation of auto plants to Mexico and a loss of U.S. jobs.

For decades, union votes in Mexico were held by show of hands, or not at all. Workers at many factories in Mexico were unaware they even had a union until they saw dues deducted from their paychecks.

As part of efforts to get the USMCA, which replaced the old North American Free Trade Agreement, Mexico passed labor law reforms stating all union votes would be by secret ballot, and workers at all factories in Mexico could vote on whether to keep their current union.

It was one such vote among the 6,494 employees of GM transmission and pickup plants in Silao in April that triggered the complaint.

Workers at the plant had been asked to vote yes or no on whether to recognize the union that has long controlled the plant’s labor contract. That union is part of the Confederation of Mexican Workers, or CTM, which formed part of the party that ruled Mexico for most of the past century.

Generating Movement, an effort to organize workers inside the plant, celebrated the vote and said it was working to register as a union and hoped to represent the workers in the next contract negotiation.

Hector de la Cueva, a union advisor and coordinator of the Labor and Union Advisory Research Center, compared the CTM to a “zombie” and said they would try to get back.

“Now what is on the table is which union is going to sign the new collective contract?” de la Cueva said at a Generating Movement news conference in Silao. “The workers showed that there is great discontent and they rejected that CTM contract and also that union.”

The CTM has not commented on the results of the vote.