Bridge to Be Replaced, Port of Entry to Be Revamped 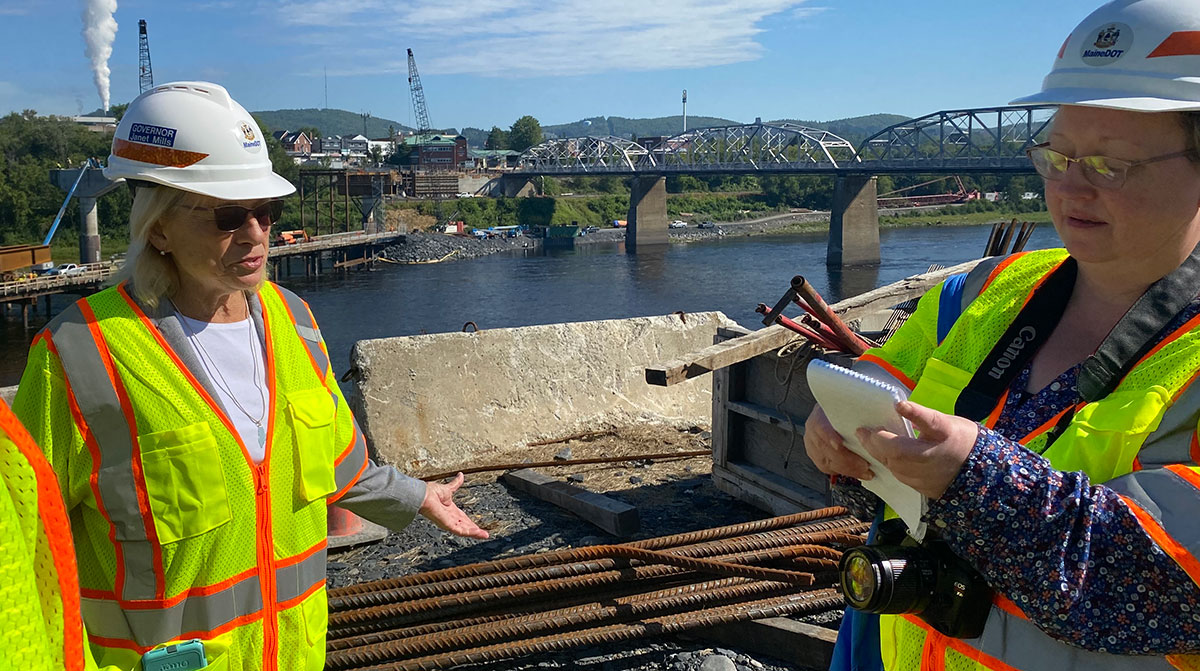 Construction continues moving forward to replace a new bridge and revamped port of entry connecting Maine and Canada to save trucks from a long detour due to load restrictions on an aging 100-year-old bridge.

An uptick in U.S.-Canadian freight traffic is expected at the end of next year with the dual opening of Maine’s $97.5 million Madawaska International Bridge replacement project and its adjacent new U.S. Customs and Border Protection’s land port of entry with Canada’s city of Edmundston in New Brunswick.

“The completion of a new bridge will ensure a safer, more reliable and much quicker route for the rest of our lifetimes,” Paul Merrill, director of communications at Maine Department of Transportation, told Transport Topics. “The current truck detour is 52 miles. This is an economic burden on businesses on both sides of the international border.”

Construction teams are building a new bridge over the St. John River that not only is in a different location 1,400 feet upstream from the current one, but it is twice as long as the existing bridge and built at a 45-degree angle in Maine’s northern-most town of Madawaska.

The new bridge will have wider travel lanes, shoulders on both sides, a raised sidewalk and steel girders supported on concrete substructures designed to last a century.

A busy Monday! This morning I toured the Madawaska-Edmundston International Bridge Project. The new bridge is funded in part by my Administration’s historic investments in infrastructure to get Maine people safely wherever they need to go in our state. 1/ pic.twitter.com/faAhzOTaqf — Governor Janet Mills (@GovJanetMills) August 15, 2022

The existing two-lane bridge, built in 1920, is obsolete and so deteriorated that it has been weight-restricted to 5 tons since 2017 — causing delays in border crossings, posing difficulties for emergency response vehicles and restricting commerce, especially for Maine’s paper mills and lumber industries.

“Transporting the raw materials and finished goods for these industries is now hampered in the region because trucks can no longer use the bridge for commerce connecting mills to suppliers and vast Canadian markets. Trucks must now detour to other border crossings, creating additional costs in the form of truck miles on area roads, additional roadway safety concerns for other areas in the region and higher production expenses that are burdensome to the remaining employers in the area,” according to a Maine Department of Transportation federal grant application.

The Federal Highway Administration awarded the bridge project $36 million in 2019 through an Infrastructure for Rebuilding American grant. The remaining project costs are being shared by Maine DOT and Canada’s New Brunswick Department of Transportation and Infrastructure.

“Replacing the International Bridge supports the safe travel of American and Canadian residents and visitors alike, as well as the strength of small businesses who rely on the bridge to transport their products across our borders,” Mills said.

This year state legislators kicked in an extra $185 million into the project — eliminating the need for a bond issuance and offsetting high construction costs with inflation and pandemic-related shortfalls in the highway fund revenue. 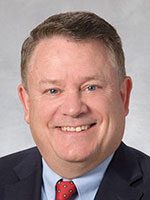 He also thanked New Brunswick officials “who have been excellent partners during the planning, design, permitting and construction phases of this project.”

When the new bridge is opened to traffic, expected at the end of 2023, Maine DOT will turn its attention to demolishing the old bridge (that will close the project by June 2025). Maine DOT started bridge construction in May 2021, while official groundbreaking for the new port facility began last September.

The new border crossing facility (also located in a different spot) will replace an operationally deficient facility built in 1959.

U.S. General Services Administration is handling construction of the $69 million port modernization and expansion project for CBP. Spanning 11 acres, the new port facility will feature space for administration, training, staff, classrooms and support for processing, enforcement and inspection. It also will have an area for agricultural inspections. It will also be designed to accommodate nonintrusive inspection equipment.

The new land will be located near the Trans-Canada Highway, passing through Edmundston, which is a vital east-west transportation link for U.S. goods because it connects Canada’s 10 provinces. After completion, the port could have its designation changed to be a commercial port.