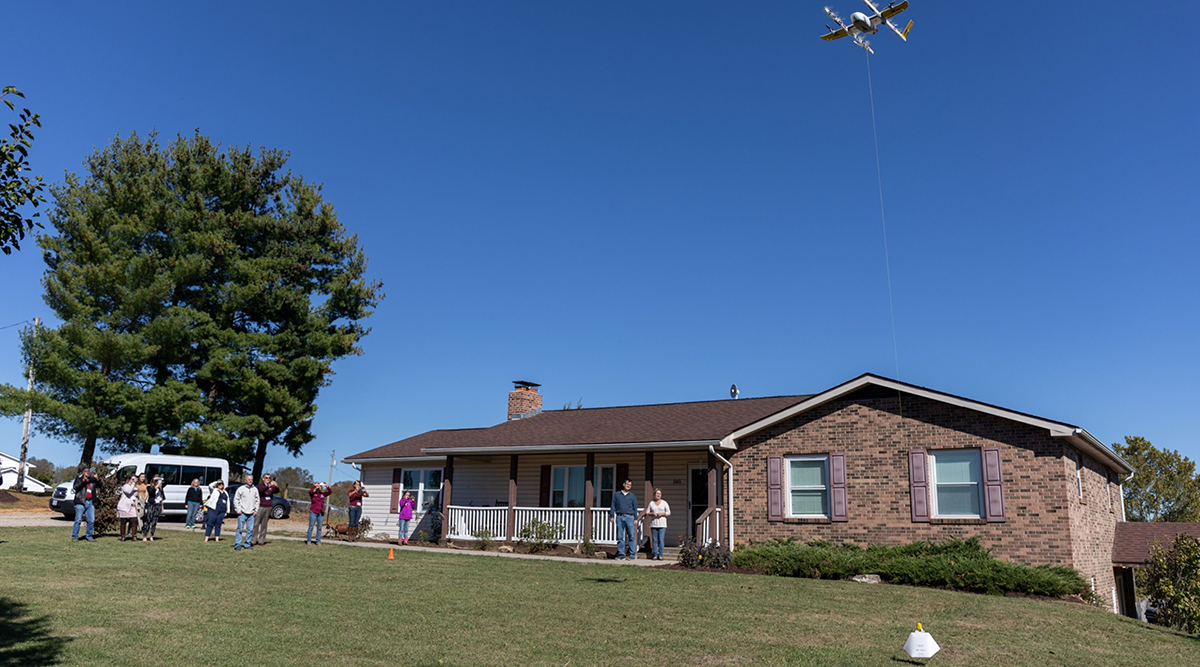 A Wing drone delivers a package to a customer's home in Christiansburg, Va. (Logan Cyrus/Bloomberg News)

Alphabet Inc.’s Wing is set to begin the largest drone-delivery test program so far in the U.S., starting April 7 in the Dallas suburbs.

Wing, which had announced its intention to begin the Texas deliveries last October, has obtained permission for the program from the Federal Aviation Administration, the company said in a statement April 4.

Wing will be selling items from a Walgreens store and is also working with other companies to deliver ice cream, pet medications and first aid kits, the company said.

Wing, Amazon.com Inc.’s Prime Air and UPS Inc., among others, are trying to remake the retail sales world by using small drones to deliver products to homes. But routine drone deliveries are still years away because U.S. regulations currently don’t permit some of the technologies, such as the robotic flights envisioned by the companies.

“This is an important milestone for Wing and drone delivery in the U.S.,” Adam Woodworth, Wing’s CEO, said in a blog post.

The deliveries will be available to people living near Dallas in Frisco and Little Elm, the company said.

The company, which does most of its business in Australia, says it surpassed 200,000 deliveries earlier this year.