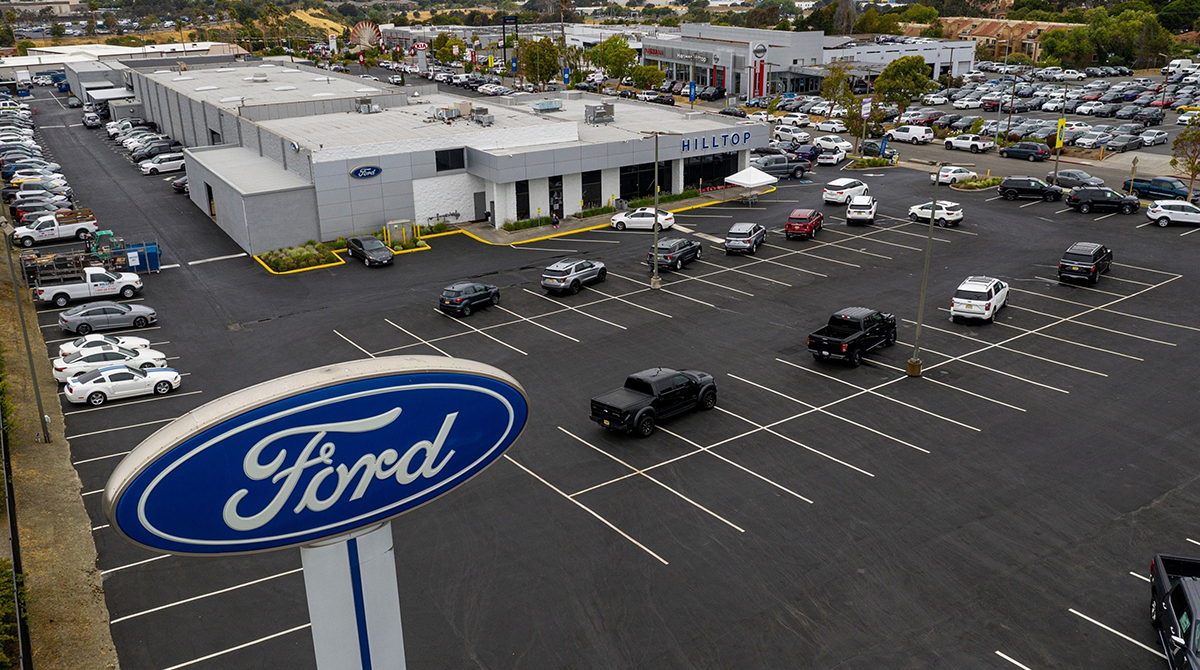 Gasoline soaring above $4 a gallon this month has inspired comparisons to 2008, when pump prices sapped demand for fuel-guzzling SUVs and helped push Detroit’s automotive behemoths into bankruptcy.

While Americans still love their spacious sport utility vehicles, and pump prices are only moderately higher than their peak in 2008, the similarities mostly end there. Fourteen years ago, demand for trucks and SUVs cratered as consumers sought more fuel-efficient sedans, or stopped buying altogether. The financial system was collapsing, savings were going up in flames and automakers were producing way more cars than consumers wanted.

Today’s dynamics are very different. Due to the semiconductor shortage, demand for both new and used autos far exceeds supply. Each month, dealers have about 1 million vehicles on their lots, versus the typical 3 or 4 million, according to consulting firm AlixPartners. Even if a couple million people are priced out of the market, there will still be enough to buy what the industry is producing, said Mark Wakefield, head of AlixPartners’ auto practice in Detroit.

“During the 2008 spike, there was massive amounts of inventory, buyers could pick-and-choose,” he said. “It’s going to be muted this time because of the shortage of inventory.”

Carmakers are taking a sort of comfort in that, because it means they can keep prices high to help absorb rising energy and raw-material costs. Carlos Tavares, the chief executive officer of Jeep maker Stellantis, said as much in a roundtable with reporters.

“The pricing power will be there, because I don’t buy that semiconductor supply will be fixed in 2022,” he said, when asked how inflation was going to affect Stellantis profits this year.

That’s the glass-half-full outlook if you’re a car company CEO, but of course there’s plenty of uncertainty. Some Wall Street analysts are calling attention to more pessimistic scenarios. Yes, the compact crossover has replaced the fuel-efficient sedan of yore, but neither are as profitable as the pickups and full-size SUVs that are particularly lucrative and make up for lost volume. Carmakers need those juicy big-SUV profits to fund their transitions to electric vehicles.

Raw-material prices also keep rising. Russia’s invasion of Ukraine is driving up the cost of steel, palladium and nickel — used for body panels, exhaust pipes and batteries — and at some point there will be limits to how much car companies can pass on to consumers. John Murphy, a Bank of America analyst, estimates raw material costs were about 10.5% of the average price paid for new vehicles in January, up from 5.9% in April 2020.

“Elevated new car pricing won’t be enough to offset higher input costs for much longer, putting incremental pressure on operating profits/margins for automakers and suppliers,” Murphy wrote in a report this week.

There are some silver linings. Automakers have more electric models to offer than in 2008, so speedier EV adoption is likely. But scant inventory means EVs aren’t fully ready to meet the moment. And the rising cost of metals including lithium and cobalt means EVs are likely to get more expensive, at least in the short term.

Another result of the sanctions on Russia is that Germany and other European countries that were relying on Russian nickel for their EV battery needs will now have to turn to China and Chinese-owned suppliers in Indonesia, according to Simon Moores, managing director of Benchmark Mineral Intelligence.

There’s a lot of capacity coming online, so automakers will be able to source the nickel they need to keep making EVs. But those mines have a more destructive impact on the environment, with more deforestation, pollution and carbon emissions.

“Right now, EV and battery makers, governments and consumers are facing a clash of morals: environment, technology, geopolitical and humanitarian,” Moores said. “The West is soon to find out that it can’t have its cake and eat it — something had to give.”