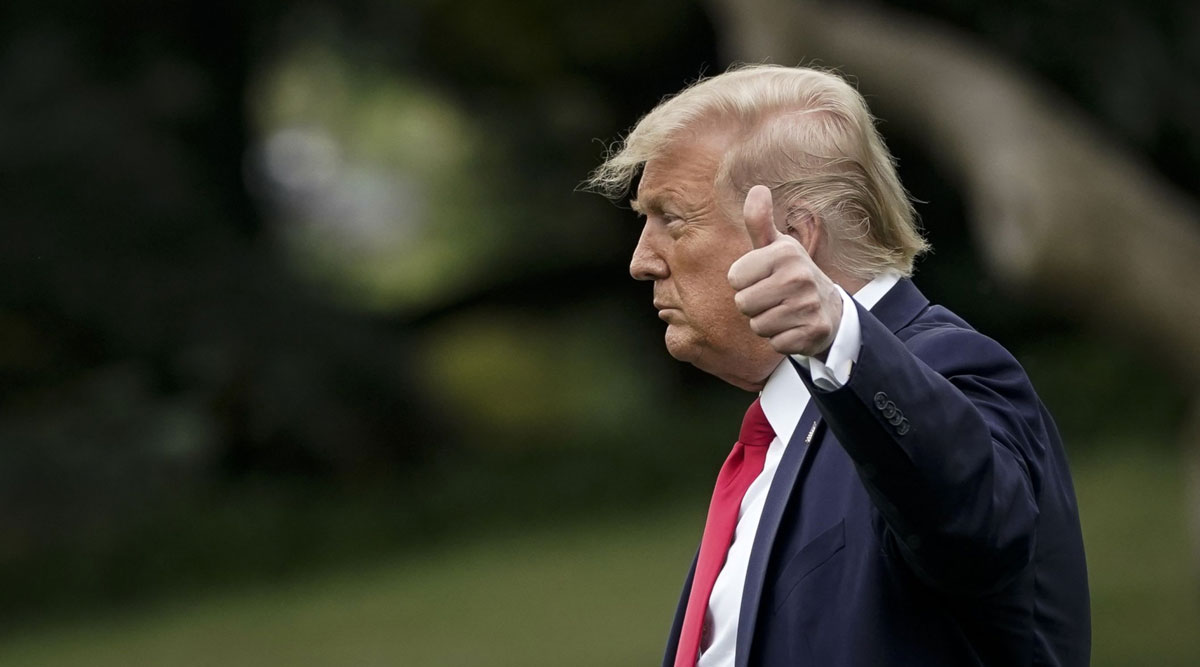 President Trump gives a thumbs up as he walks toward Marine One on the South Lawn of the White House in July. (Drew Angerer/Getty Images)

The White House strongly signaled Sept. 16 that it is willing to increase its offer in talks with Democrats and that Senate Republicans should go along in order to seal a stimulus deal in the next week to 10 days.

Chief of Staff Mark Meadows said President Donald Trump is open to the compromise $1.52 trillion stimulus proposal from a bipartisan group of House lawmakers that was an effort to break a monthslong deadlock over bolstering the U.S. economy amid the pandemic.

The long-shot plan from a 50-member group of House Democrats and Republicans has a bigger total spending figure than the administration previously endorsed. It’s also higher than what Senate GOP leaders say would be acceptable to Republicans.

Meadows said on CNBC that the amount is not a “show-stopper.” But House Speaker Nancy Pelosi has called it insufficient, while Sen. John Thune, the chamber’s second-ranking Republican, said a $1.5 trillion stimulus would cause “a lot of heartburn” for GOP lawmakers.

Democrats are “heartless”. They don’t want to give STIMULUS PAYMENTS to people who desperately need the money, and whose fault it was NOT that the plague came in from China. Go for the much higher numbers, Republicans, it all comes back to the USA anyway (one way or another!). — Donald J. Trump (@realDonaldTrump) September 16, 2020

After initially proposing a $1 trillion stimulus at the end of July, Senate Republicans attempted to advance a bill providing $650 billion in economic aid, without the direct payments to individuals the president and Democrats want.

Senate Majority Leader Mitch McConnell declined to comment when asked about Trump’s call for Republicans to go higher. Pelosi and Senate Democratic leader Chuck Schumer released a statement saying they were “encouraged” by Trump’s call for higher spending. “We look forward to hearing from the president’s negotiators that they will finally meet us halfway,” they said. 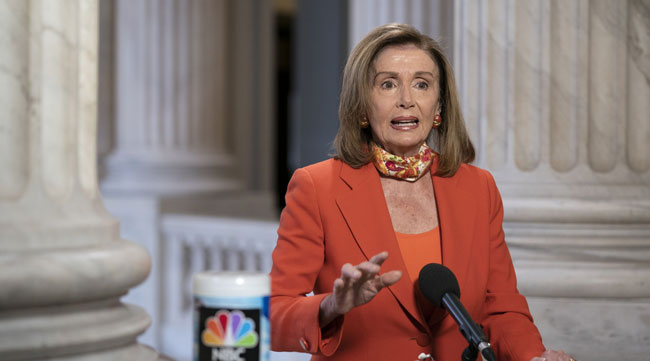 The Problem Solvers Caucus plan was developed over six weeks with the knowledge of the White House and leadership from both parties. But the track record of bipartisan groupings of moderates in either the House or Senate in brokering major deals has been poor in recent years.

The proposal offered compromises on the thorniest issues in the stalled talks. On aid to state and local governments, the group is backing about $500 billion, splitting the difference between the $915 billion sought by Pelosi and Schumer and the $150 billion put forward by the White House.

Meadows said the $500 billion figure is more than the White House estimates that states have lost in revenue due to the pandemic, but added that the administration could accept a figure in the $250 billion to $300 billion range.

The increased flexibility telegraphed by Meadows comes with the election just 48 days away, with Trump still running behind Democrat Joe Biden in polls. While the president has sought to run on a platform of a strong economic recovery, a report Sept. 16 showing a slowdown in U.S. retail sales growth underscored the impact of fiscal stimulus running dry.

Another fault line in talks has been the level of supplemental jobless benefits. The Problem Solvers proposed $450 a week for eight weeks, and then a transition to benefits of 100% of salary or $600, whichever is lower. That is a compromise between the $600 flat rate Democrats want — the same as expired in July — and the $300 Trump has backed.

Under the Problem Solvers plan, total spending could increase to about $2 trillion if the pandemic continues, or shrink to $1.3 trillion if it subsides more quickly than expected. The White House had previously been willing to back about $1.1 trillion. 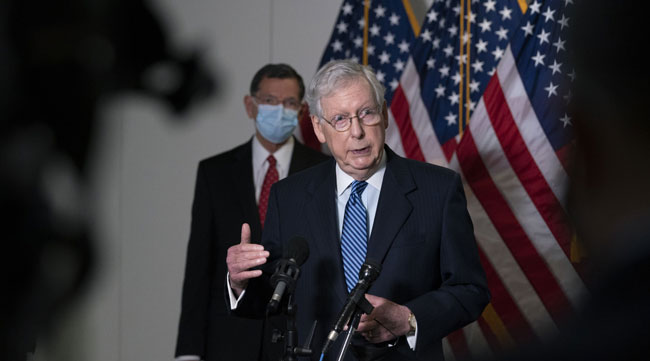 “We did come down,” Pelosi said of her willingness to compromise. “We can only go so far.”

Trump’s new push for a deal highlights continuing divisions among Republicans, some of whom are reluctant to spend more money on stimulus with the national deficit reaching $3.3 trillion this year.

Sen. Roy Blunt (R-Mo.) said a number higher than $1 trillion can be the basis for an agreement, if it can be done quickly.

“I think there is a deal to be had here,” he told reporters at the Capitol. “My concern is that the window probably closes around the end of this month. And we need to get busy finding out what we can all agree on.”

But other senators resisted the idea.

Sen. Ron Johnson (R-Wis.) said the Senate GOP bill, which costs about $300 billion when its cuts to Federal Reserve loan authority are counted, is the right amount.

“The president has his opinion. We have ours,” he told reporters.

Erik Wasson, Jordan Fabian and Laura Litvan were the primary contributors to this report.