Pelosi: House to Stay in Session Until COVID-19 Rescue Deal 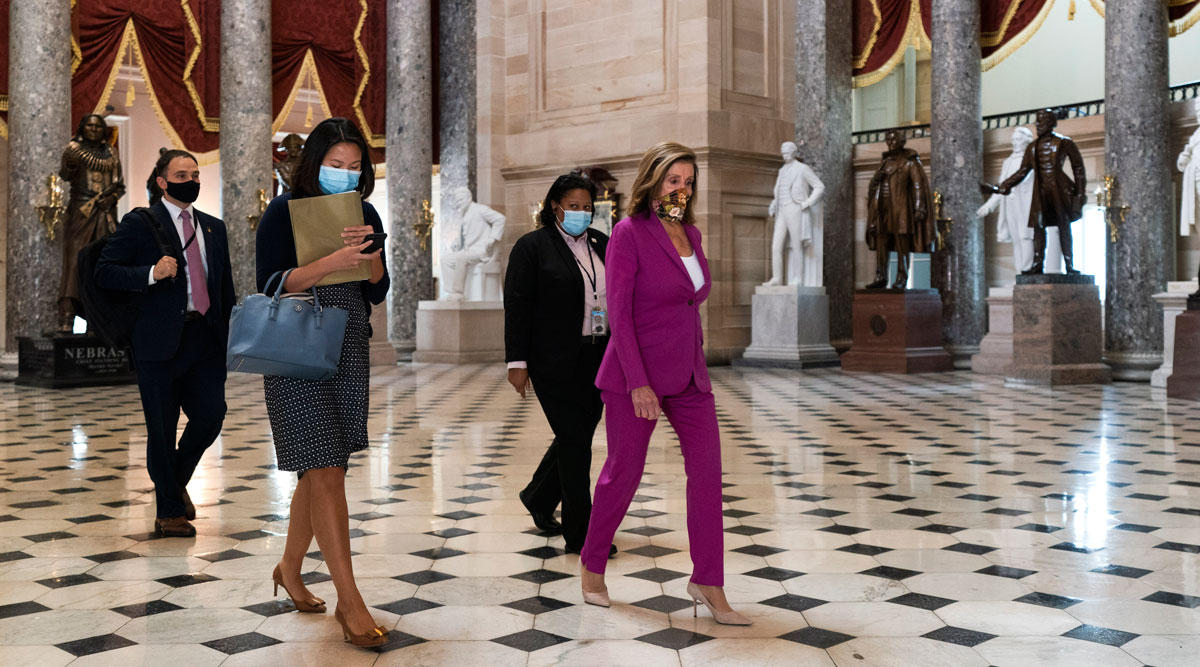 WASHINGTON — Speaker Nancy Pelosi said Sept. 15 the House will remain in session until lawmakers deliver another round of COVID-19 relief, a move that came as Democrats from swing districts signaled discontent with a standoff that could force them to face voters without delivering more aid.

“We are committed to staying here until we have an agreement, an agreement that meets the needs of the American people,” Pelosi said on CNBC.

Pelosi told her Democratic colleagues on a morning conference call that “we have to stay here until we have a bill.” That’s according to a Democratic aide speaking on condition of anonymity but authorized to quote her remarks.

The move highlighted the extent to which coronavirus legislation has settled into a kind of suspended animation in the final legislative weeks before the November election. Both parties insist they want action, keeping the idea of new relief alive, but negotiations between Democrats and the White House remain frozen, with both sides entrenched in their positions.

Pelosi’s comments came as moderate Democrats, many from areas won by President Donald Trump four years ago, signed on to a $1.5 trillion rescue package endorsed by the bipartisan Problem Solvers Caucus, a group of about 50 lawmakers who seek common solutions to issues.

The plan contains many elements of COVID rescue packages devised by both House Democrats and Republicans controlling the Senate, including aid to schools, funding for state and local governments, and renewal of lapsed COVID-related jobless benefits.

The price tag is significantly less than the $2.2 trillion figure cited by Pelosi but it’s also well above an approximately $650 billion Senate GOP plan that failed last week due to Democratic opposition.

Talks between Pelosi and the Trump administration broke down last month and there had been little optimism they would rekindle before Election Day. And last week, Senate Democrats scuttled a scaled-back GOP coronavirus rescue package. 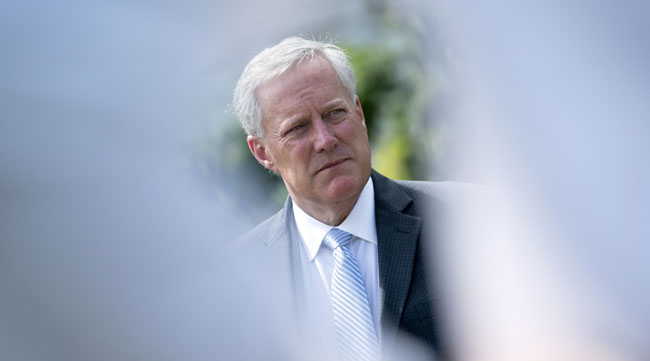 White House Chief of Staff Mark Meadows pauses while speaking to members of the media on Aug. 28. Meadows and Pelosi have been at odds during relief bill negotiations. (Stefani Reynolds/Bloomberg News)

Pelosi has maintained a hard line in negotiations and has been at odds with White House Chief of Staff Mark Meadows. She orchestrated passage of a $3.4 trillion COVID rescue package back in May, but the effort was immediately dismissed by Senate Republicans and the Trump administration.

The Sept. 15 remarks, said Pelosi spokesman Drew Hammill, don’t mean that the speaker is adopting a more flexible position. She instead seems to be signaling continued determination to press ahead and won’t adjourn the House without an agreement with the administration.

Success is by no means guaranteed, and many people on Capitol Hill remain skeptical that an agreement between the White House and Democrats is likely before the election.

“My sense is the clock is running out,” said Senate GOP Whip John Thune of South Dakota. “I don’t see any intention or desire on the part of the Democrat leadership at the moment — regardless of what their members are saying — to cooperate and to work together on a solution. I think they feel like they’ve got the issue and they want to try and ride it in November.”

As the leadership talks collapsed, some moderate Democrats have been agitating for greater compromise. Their talks with pragmatic Republicans yielded common ground but the group does not have much of a track record of broadening their efforts and producing results.

“This is how Congress is supposed to work,” said Rep. Dusty Johnson (R-S.D.), a member of the Problem Solvers group, describing a lengthy, bipartisan negotiation that produced a consensus. The group hopes the package illustrates the kinds of compromises that top Democrats and the administration would have to make to get a measure passed and signed into law. 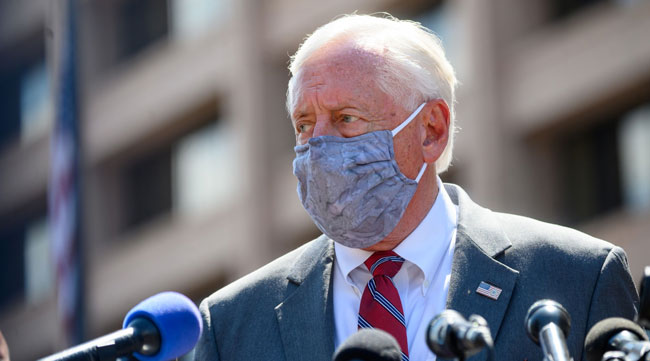 No. 2 House Democrat Steny Hoyer of Maryland said the moderates had developed “useful ideas, important ideas” but said the proposal did not do enough to address the ongoing needs of helping the economy recover from the COVID-19 crisis.

And a set of powerful Democratic committee chairs swung against the moderates’ proposal as well, saying it “leaves too many needs unmet” — a leadership effort that signals that the Problem Solvers bill is going nowhere.

“I hope we can get a deal. It’s really up to the president. As I said, we have agreed to come down a trillion (dollars),” said top Senate Democrat Chuck Schumer of New York. “They come up a trillion and then we’re close, that’s very clear. And the bottom line is, they haven’t done that.”

The Problem Solvers measure contains another round of $1,200 direct payments favored by Trump and Democrats but rejected by Senate Republicans in their most recent bill. It contains a liability shield against lawsuits brought against businesses that have reopened their doors that’s favored by Republicans but opposed by Pelosi and trial lawyers.

It also offers a two-month extension of bonus pandemic jobless benefits that splits the difference between the Pelosi-backed extension of the expired $600 weekly benefit that lapsed at the end of July and the $300 benefit favored by Senate Republicans. After two months, the benefit would increase back to $600 but not if that benefit causes a worker to exceed their wages.