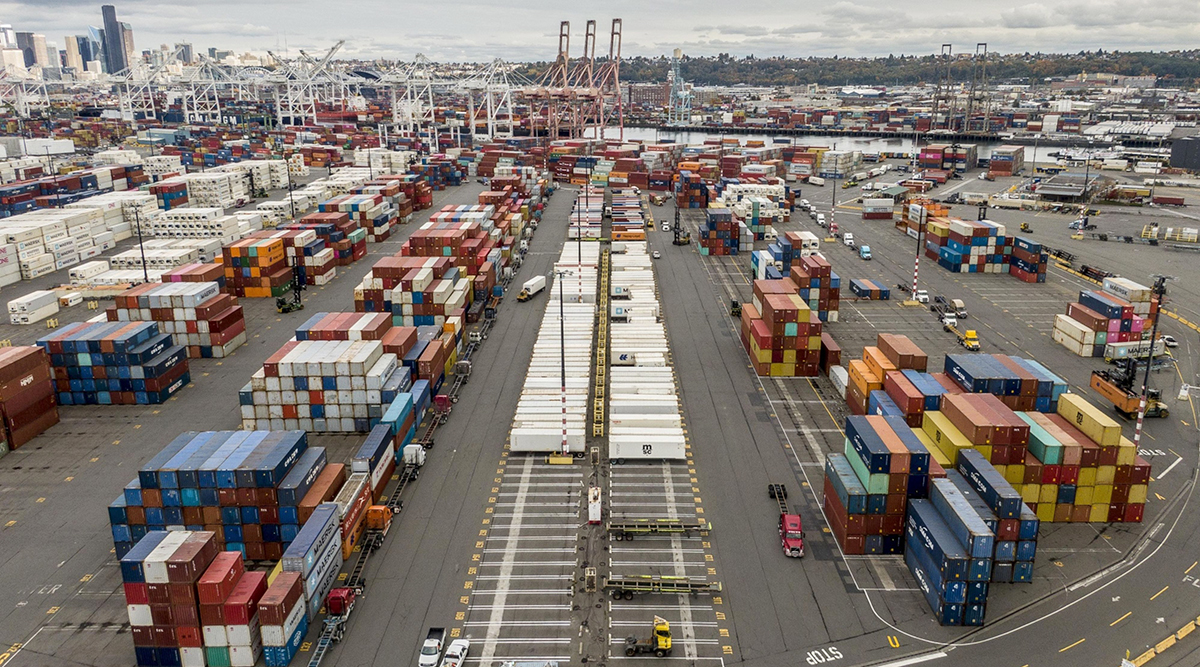 The Port of Seattle in Seattle, Wash. (David Ryder/Bloomberg News)

A dispute over the assignment of work at a terminal in Seattle is casting a shadow on the outcome of talks to reach a new labor contract between 22,000 dockworkers at 29 U.S. West Coast ports and about 70 employers, the union representing the employees said.

In a statement on Sept. 27, the International Longshore and Warehouse Union said SSA Marine Inc. — the largest marine terminal at Seattle — and another union are seeking an intervention from the National Labor Relations Board over assigning which workforce can perform tasks at SSA.

The ILWU said it views the move as a violation of the collective-bargaining agreement between itself and the Pacific Maritime Association that represents the maritime and port employers in California, Washington and Oregon. The union and the PMA started negotiating a new contract for dockworkers in May, and the most recent agreement — reached in 2015 — expired July 1.

SSA didn’t respond to requests for comment. SSA is listed as a member of the PMA, which declined to comment.

“We are shocked that SSA is taking such an action, and we are currently regrouping to determine how to proceed in negotiations while we watch an employer violate the very provision of the contract over which the parties were bargaining,” Coast Committeeman Cameron Williams, a senior official with the ILWU in Seattle, said in the statement.

Jurisdiction, which refers to what sort of jobs the union’s members get to perform at the ports, has been among the points of contention in the talks.

The parties are trying avert a repeat of the disruptions and shipping delays that plagued the last contract talks. The slowdowns only ended after the Obama administration intervened in 2015.

In the Seattle case, the other union involved is the International Association of Machinists and Aerospace Workers, known as the IAMAW.

The unions are disputing whose members can undertake so-called cold ironing, a process that allows ships to use shore power while docked.

In a letter to President Joe Biden, the machinists’ union said the ILWU has submitted a proposal to assign those tasks to mechanics affiliated with the dockworkers’ union at Seattle’s Terminal 5.

The union is “appalled and dismayed by this unacceptable proposal because the IAMAW has a long history of proudly representing these mechanics at Terminal 5,” International President Robert Martinez said in the letter circulating on social media. The White House confirmed receipt of the document to Bloomberg News.

— With assistance from Ian Kullgren and Jordan Fabian.