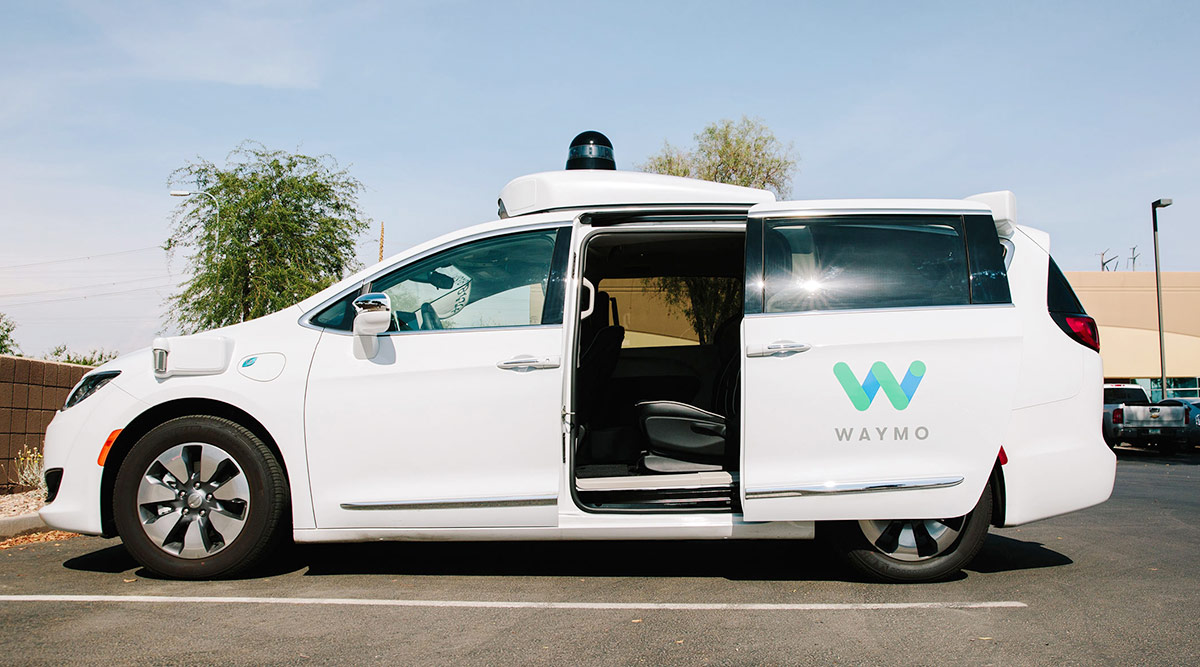 Alphabet Inc.’s self-driving car unit, Waymo, is getting into the sensor business.

Waymo on March 6 began selling the laser-mapping sensors used on its driverless vehicles to other companies — as long as the customers don’t compete with its core robotaxi business. The sensors, known as lidar, shoot lasers off objects to determine what is nearby. The next generation of warehouse robots, security systems and even autonomous tractors could be built with this technology.

Waymo, which began as Google’s self-driving car project in 2009, widely is considered the leader in autonomous vehicles. It launched the first commercial self-driving car service late last year in the Phoenix suburbs and now says it has “several hundred” riders enrolled. The new sensor division will compete with the world’s biggest lidar producer, Velodyne Lidar Inc., in what has become a billion-dollar industry.

For Waymo, however, the strategy isn’t simply to generate revenue. The sensor hardware for autonomous vehicles is made in-house by Waymo, which means increased production should lower costs. “As we scale our fleet and build more cars, we need to make sure the cost of the sensor suite comes down as well,” Simon Verghese, head of Waymo’s lidar team, said in an interview. “We’re excited to see what people might do with this and to explore whether some of these spinoff technologies give us another pillar to our business.”

A Waymo spokesperson said the company is in talks with dozens of potential customers.

Even though the self-driving cars most often associated with lidar technology have just started appearing on public roads, lidar already has found its way into the wild to help to collect trash, sweep streets and pilot drones. Retailers such as Walmart Inc. and grocery store chain Stop & Shop Inc. are using lidar-equipped robots to help keep shelves stocked. Security company Knightscope uses lidar to help patrol malls and parking lots.

These sensors can create a precise 3D-view of the world, identify humans, categorize objects and anticipate movement. The overall market for lidar is doubling annually and will top $1 billion this year, said Frank Bertini, Velodyne’s head of lidar sales for nonautomotive applications. Most of the market is for self-driving cars, but about a tenth of the sensors end up in emerging industrial and commercial applications.

The development curve is similar to Moore’s Law in computer chips: Every 18 months, lidar sensor resolution doubles and the price drops by half.

“That whole cost curve and drive of volume is what’s opening new industries,” Bertini said in an interview, before learning of Waymo’s plans. “Right now, the market can support more lidar manufacturers because the demand is outpacing supply. That’s why you’re seeing elevated prices.” 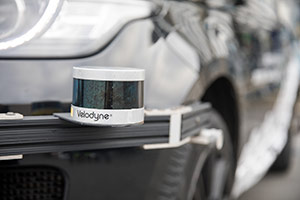 When Google set out to develop self-driving cars 10 years ago, it cobbled together sensors and software from several manufacturers. Integration proved overly complicated, so in 2011 the company decided to develop its own hardware and software in house.

“Then something interesting happened,” Waymo’s Verghese said. “Other teams at Google started asking us if they could get their hands on our products.”

In an interview with Bloomberg in 2017, Waymo CEO John Krafcik indicated that he would consider selling hardware in the future.

There are three types of sensors used in Waymo’s self-driving cars: the 360-degree bubble that sits on the roof, like a top hat; a long-range, forward-facing sensor; and a short-range sensor that monitors the car’s perimeter. The last of these is known as the Laser Bear Honeycomb and is the only one that Waymo is ready to sell to outside companies.

The device — named for its development team, Laser Bear, as well as the shape of the sensor — is the most useful in Waymo’s suite of sensors for nonautomotive applications. It has a wide field of vision that can quickly map out an entire room and was designed specifically to ensure Waymo cars have no blind spots, even very close to the car and near the ground. 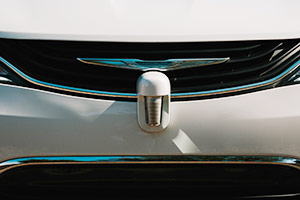 Verghese said Waymo hasn’t ruled out selling sensors to automotive suppliers in the future. It would be a “huge overhead and a different way of doing business,” he said. Waymo will provide sensor customers with integrated software and some software support, but Verghese said it isn’t interested in becoming an “all-out lidar company.”

Waymo wouldn’t disclose how much it plans to charge for the Honeycomb. The closest comparable sensor made by Veloydne — the recently unveiled VelaDome short-range lidar — is priced at about $4,000 for a single sensor and half that when purchased in bulk. Velodyne said it will sell more than 10,000 lidar units this year.

Lidar works by spinning out a fine spray of laser light and measuring the time it takes for the light to return. The Honeycomb can see about 30 feet ahead on a flat surface, or double that when facing down a slope, and sends out laser pulses in a 360-degree horizontal field of view and a 95-degree vertical view.

Each blast of laser sends back multiple readings, allowing a Waymo vehicle to identify a leaf blowing on a tree branch, as well as a child standing behind the tree and getting ready to step into traffic. Repeat that process over hundreds of thousands of light pulses per second and a dynamic 3D view of the world emerges. The same technology could be used to distinguish employees from objects in a warehouse or to help a “smart forklift” determine the orientation of an object it’s trying to pick up.

Every Waymo vehicle has four Honeycomb sensors. “We’d really like this to be our most cost-effective sensor,” Verghese said. “Getting some scale out of some of these adjacent markets as we’re scaling our self-driving fleet, the timing just works out very well. It looks like most of these other applications can pretty much use the lidar as it is.”

Waymo will build the lidar at several facilities on the West Coast. It also is searching for a factory in southeast Michigan, where it plans to begin fitting its own cars with sensors by the middle of this year.