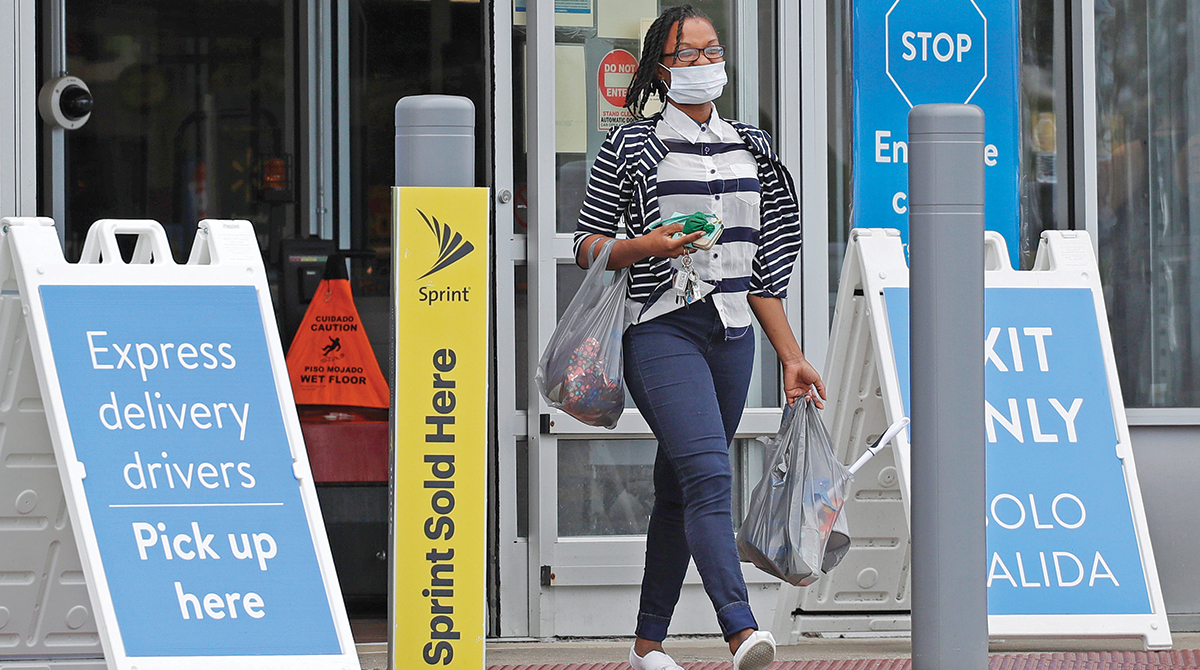 Comparable sales increased 6% for U.S. Walmart stores, excluding fuel, compared with an expected 2% gain, according to estimates compiled by Bloomberg.

“The second quarter has started off pretty well, a little bit better than we would have expected,” Chief Financial Officer Brett Biggs said in an interview May 18 as results were released. “We typically don’t update guidance at end of the first quarter but given the quarter, we felt we needed to come out and be clear.”

The company attributed the strong performance to turning around market-share losses in its grocery unit, U.S. stimulus checks and pent-up demand after a year in lockdown — a trend economists have dubbed revenge spending. Customer traffic in stores increased in April for the first time in more than a year. “In the U.S., customers clearly want to get out and shop,” CEO Doug McMillon said in a statement announcing the results.

Walmart was among the retail industry’s big winners during the pandemic, and now faces the challenge of holding onto the customers it gained last year, amid heightened competition, supply-chain congestion and a tighter labor market.

While COVID-related expenses have subsided, Walmart and other big retailers now face rising costs for transportation and labor and need to decide how much of the looming price hikes from vendors they can pass along to shoppers who will likely shift some spending away from retailers and back to restaurants and travel this year. In response, Walmart is pushing harder into new, more profitable areas like digital advertising, telehealth and financial services.

In a closely watched number, Walmart reported its U.S. e-commerce sales rose 37% in the quarter, compared with the average analyst estimate of 24%. Online sales have been expected to decelerate as shoppers venture back into stores, but Americans continue to favor the speed and convenience of the web. To counter rival Amazon.com Inc. and better compete online, Walmart has opened its third-party web marketplace to non-U.S. vendors and is trying to sell more apparel online by purchasing a virtual-fitting room business.

Adjusted earnings in the quarter came in above estimates. Lower COVID-related costs, which for Walmart totaled almost a billion dollars in last year’s first quarter, are helping to offset higher labor and transportation costs and price increases from vendors. Biggs said the company saw some “modest food inflation” in the quarter.

There were some clouds in the quarter: Expenses in the U.S. rose faster than sales because of spending on technology and employee wages. And Walmart will lose the benefit of the stimulus in the months ahead. According to a recent survey from Stifel & Co. 57% of respondents said they’d already spent their government check, up from 34% who said so in mid-March.

But according to Biggs, sales trends also reflect a growing desire to get back to normal after a year on lockdown.

“We are seeing high demand in anything related to travel, and getting back to work,” he said. “We laughed at one item that had high demand, which is teeth whitener, as masks are coming off.”