NASHVILLE, Tenn. — Remember back in the day how inconvenient it was when we had to get up from the sofa and walk over to the television in order to change the channel?

Wabco’s innovation announced Feb. 27 at the annual meeting of American Trucking Associations’ Technology & Maintenance Council may not have the universal impact of remote control, but it has the potential to offer North American fleets added convenience for their drivers — as well as significant fuel savings.

By unveiling OptiFlow AutoTail, expected to be in the market mid-year, Wabco is making available what it calls a breakthrough in the industry — the first aerodynamic tail in the U.S. that features automatic deployment and retraction.

AutoTail deploys and retracts panels based on driving speed as determined by sensors linked to Wabco’s trailer anti-lock braking systems. The tail panels automatically deploy at vehicle speeds of 45 mph and automatically retract at 10 mph.

Wabco says AutoTail delivers fuel savings of up to 4.3% at highway speeds and reduces CO2 emissions by up to 4.8 tons per trailer per year. The product, which was introduced in Europe last year and is now coming to North America for the first time, has earned EPA SmartWay verification.

A report from the North American Council for Freight Efficiency said that tails cost about $1,000 to $1,600 per user. Wabco wants to price its tails at a number that will allow fleets to see fuel savings payback in their investment in less than two years. “This is really paramount for us,” said Wabco President/Americas Jon Morrison. “And we feel pretty good about that at this stage, with the technology that we have and the design that we have, that we can meet those targets.”

Wabco’s tails are made from automotive grade thermoplastic, a lightweight, durable and long-lasting material that resists wear from weather, vibration and everyday hazards. The injection-molded panels offer a curved shape and smooth surface that reduce air resistance. When open, the panels extend only about 19 inches from the back of the trailer.

That compact length helps reduce some other issues that manually deployed tails can cause, such as accidentally backing a truck into something while the tails are still open and causing damage. “Not having to be dependent upon someone to remember to open it or close it [is one benefit],” Morrison said. “Obviously it’s very frustrating for fleets sometimes when they invest in that technology and we see the truck driving on the highway and [the tail] is closed.” 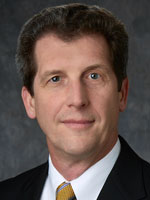 But, for fleets that still prefer the manually deployed tails, Wabco also introduced the OptiFlow Tail, which gains similar efficiencies, but the AutoTail “is geared to deploy at the right time and at the right speeds so you’re getting the maximum fuel economy,” Morrison said.

Wabco last year also introduced the OptiFlow TrailerSkirt, which Morrison said offers a 250 gallon-per-year savings. He thinks Wabco’s combination of skirts and the new tail offerings will be attractive to fleets.

“The skirts are generating around 5-6% fuel savings,” Morrison said. “Then you throw in the OptiFlow Tail at an above-4% fuel savings. When you add them together you could approach 10% or more fuel savings.

“We’re the only non-trailer manufacturer to have that capability to supply (skirts and tails) into the industry. So we can provide a much more generic solution to a fleet which I think is what a lot of times they’re looking for.”