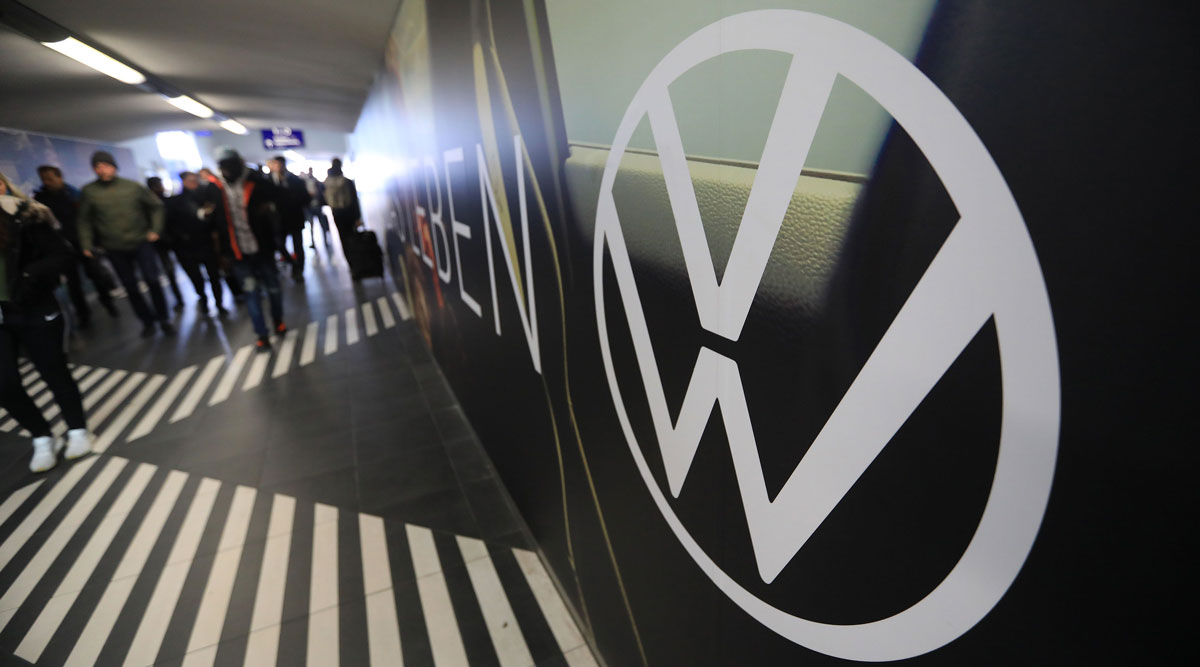 Volkswagen AG will halt production at its plants in Europe, deepening the economic pain the rapidly spreading coronavirus is inflicting on the struggling car industry.

The world’s largest automaker, joining European rivals and suppliers in suspending output, said the shutdown will last about two weeks in Germany, where VW employs almost 300,000 people. Sites that build Lamborghini sports cars and Ducati motorcycles in Italy, Seat economy cars in Spain and VW-branded SUVs in Portugal will be idled by week’s end.

“The corona pandemic presents us with unknown operational and financial challenges,” CEO Herbert Diess said March 17 in an annual earnings webcast. He said 2020 will be “very difficult,” and there are concerns about the sustained financial impact.

The decision by VW, which is Europe’s largest industrial manufacturer, demonstrates the staggering impact of an outbreak that only a few weeks ago was confined mainly to China and neighboring countries in Asia.

Europe is now the epicenter, with the impact also growing in the U.S. Restrictions and self-quarantine have made it hard to keep factories open and move parts around. Meanwhile, demand has slowed to a trickle. Carmakers from PSA Group and Fiat Chrysler Automobiles NV to Renault SA also are suspending production.

It’s unclear how severely or for how long VW will be affected, Chief Financial Officer Frank Witter said March 17.

“It is almost impossible to make a reliable forecast,” Witter said. “We are making full use of all measures in task force mode to support our employees and their families and to stabilize our business.”

In its accompanying annual report, the German carmaker repeated a February forecast that it expected to deliver about as many vehicles worldwide this year as it did in 2019. It said it would maintain its target operating profit margin of between 6.5% and 7.5% return on sales, excluding special items.

VW’s performance has undershot the targets so far. Global vehicle deliveries fell by abut 15% for the group in the first two months of the year, Witter said on the call. He warned that the first-quarter earnings may drop by half from the prior year.

Volkswagen shares seesawed between a drop of as much as 4.8% and up to a 6.3% rise. They were little changed around midday in Frankfurt and are down almost 50% for the year.

Other carmakers also are feeling the pain. Fiat Chrysler said March 16 it will suspend output in most of Europe. PSA, the maker of Peugeot, Citroen, Vauxhall and Opel, is closing all European production sites this week, as the French government closes nonessential shops including car dealerships.

Among suppliers, Magna International Inc. is shutting down its car assembly plant in southern Austria, where 6,000 workers make Mercedes-Benz, BMW and Jaguar Land Rover vehicles, for two weeks because it can’t get needed parts. Tire-maker Michelin idled nearly all factories in Spain, France and Italy, a move that will affect 21 sites and about 20,000 workers.

RBC, which cut its global auto production outlook March 16, now anticipates a 16% decline for 2020, leading to substantially reduced estimates for VW as well. Analyst Tom Narayan said in a report that he expects the German carmaker’s forecast to be withdrawn.

Diess signaled the rising concern last week in a Bloomberg TV interview, when he said that while China, VW’s biggest market, was showing signs of recovery, strains were on the rise in Europe.

Automakers are navigating “a landscape of plummeting worldwide demand” as workers quarantine in China, Europe and the U.S., Bloomberg Intelligence analysts Kevin Tynan and Michael Dean said in a report.