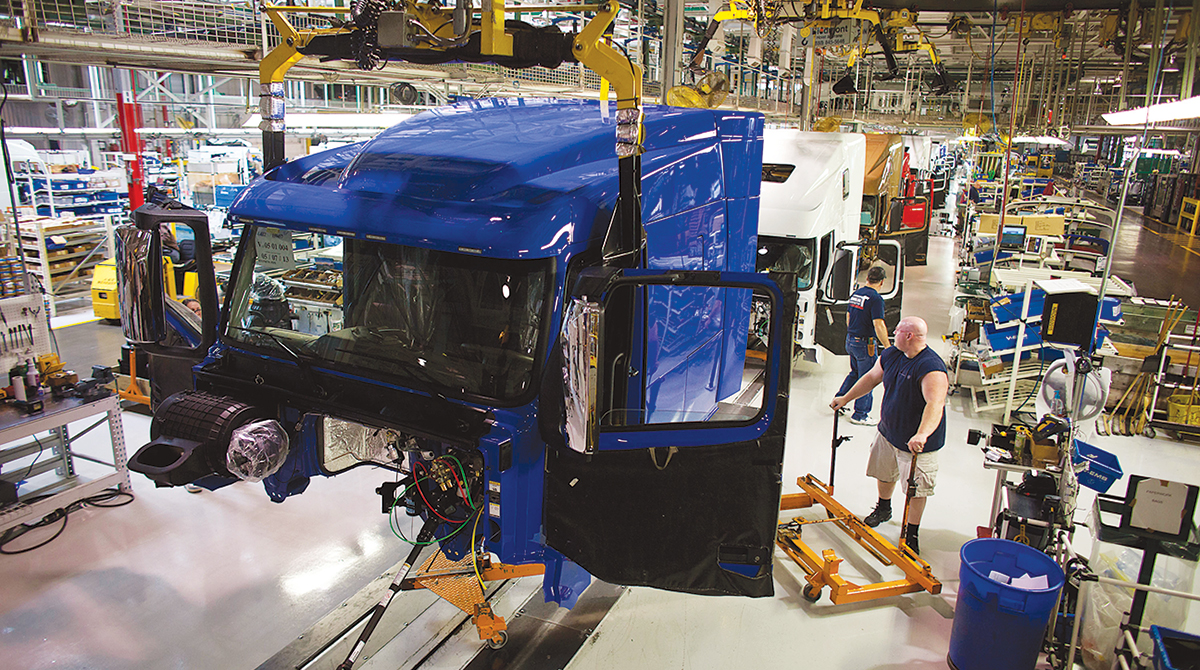 Volvo Group reported flat revenue and stronger net income in the fourth quarter compared with a year earlier as deliveries of construction equipment and buses grew and truck deliveries declined.

The company’s quarterly operating margin increased to 8.9% compared with 3.4% a year earlier.

“In the quarter, we focused on adapting our operations to lower volumes, and we will continue to take action to align our cost level with demand,” Volvo Group CEO Martin Lundstedt said in a release. “We also put a lot of effort on reducing inventory levels, which came down by $640 million in the quarter.”

North American truck order intake remained weak in the quarter, the company noted, as a consequence of lower end-customer demand and dealers selling from inventory rather than placing new orders. Orders were down 33% compared with a year earlier. 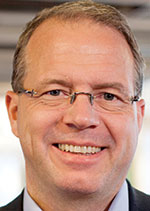 Deliveries decreased by 16% to 11,825 trucks compared with a year earlier.

“During the last couple of years, there has been both a renewal and an expansion of the truck fleets in Europe and North America. Transport capacity has caught up with demand, and markets are currently driven by the replacement need,” Lundstedt said. “We have adjusted our production and are in good balance with demand in Europe. In North America, we will reduce production further in the first quarter to meet the lower demand and to facilitate a necessary dealer destocking.”

Revenue increased to $44.8 billion compared with $40.5 billion a year earlier.

“In many respects, these are exciting times for our industry. Rapid technological development is taking place in areas such as connected, electrified and autonomous vehicles. New technologies and new business models will enable us to create value for our customers and for society at large by contributing with transport solutions that are safer, more sustainable and more efficient,” Lundstedt said.

In December, Volvo announced its intent to form a strategic alliance within commercial vehicles with Isuzu Motors as the companies complement each other from a geographical and product line perspective. The first step will be establishing a global technology partnership and the creation of a stronger, combined heavy-duty truck business in Japan and across international markets. This involves transferring the ownership of the UD Trucks business globally to Isuzu Motors.

At the same time, Volvo Trucks and its Renault Trucks brand in the quarter began selling electric trucks for urban transport and refuse operations.

“It is natural that we are starting our electric truck offer with applications focused on shorter distances,” Lundstedt said, “but we are confident that electrification can become a competitive alternative also for heavy-duty truck applications.”