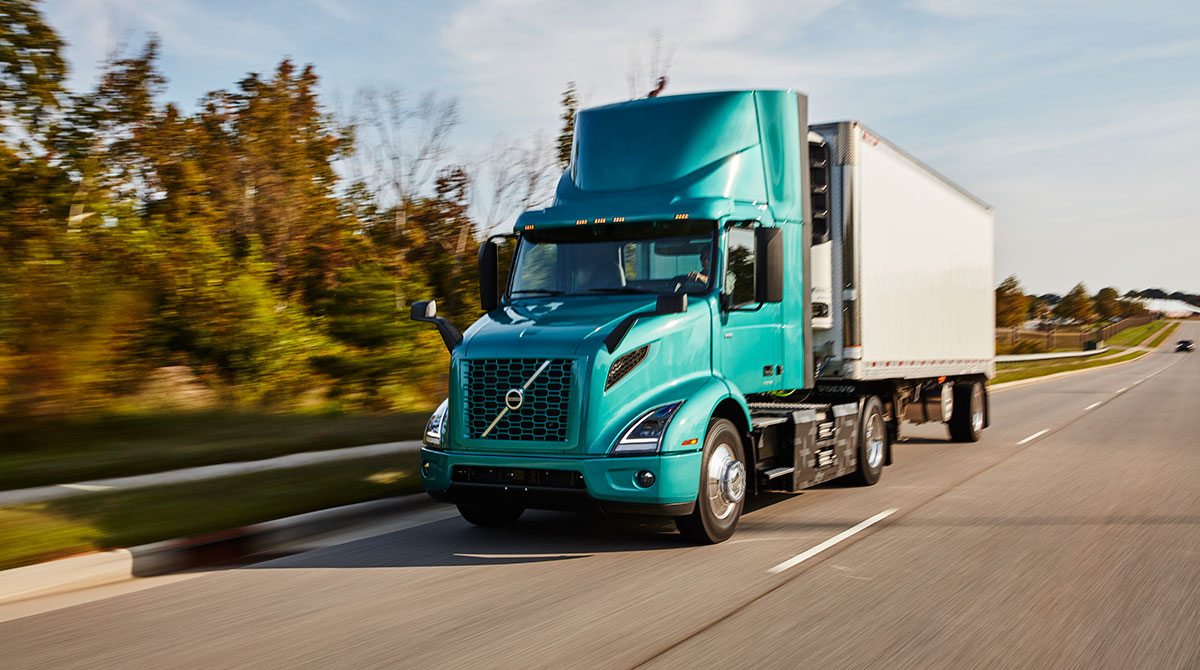 Volvo Group reported higher net income and revenue for the first quarter as truck deliveries increased along with demand for other products and services.

For the period ended March 31, Volvo, which reports in Swedish krona, had net income that was the approximate equivalent of $1 billion, or 52 cents per share. That compared with $560 million, 27 cents, a year earlier.

“Our inventories of both new and used trucks globally are low and we have full focus on trying to satisfy the demand from our customers,” Volvo CEO Martin Lundstedt said in a release.

He reiterated the company expects to take stop days that will add up to two to four weeks in the second quarter, depending on the production site, amid what he called “the very unstable” supply chain for semiconductors and other components. “We can therefore not rule out further disruptions in both the truck business and other parts of the group,” Lundstedt said.

Meanwhile, the company’s operating margin in the quarter improved to 12.8% compared with 8.1%. It is considered a profitability ratio.

Among the quarterly highlights were the company’s expanding footprint with electric vehicles sold, including 200 trucks, 87 pieces of construction equipment, 26 buses and 4 for its Penta marine and industrial applications. Volvo intends to report numbers for electric vehicles sold each quarter.

Even if those volumes are small, customer interest is high, according to the company.

Volvo expects a transition to electric vehicles segment by segment, market by market and region by region, as Volvo Trucks and Renault Trucks begin to roll out vehicles in the next two years — in configurations that cover almost half the trucks in transport in the European Union.

In other new technology developments in the quarter, Volvo and U.S.-based self-driving technology company Aurora announced they will jointly develop on-highway autonomous trucks.

Volvo and Daimler on March 1 formally launched their joint venture, called Cellcentric, to develop and produce hydrogen fuel cells for vehicles and other uses. “We are strong believers in hydrogen fuel cells as a very important complementary to battery-electric vehicles,” Lundstedt said.

He said the JV between two of the world’s biggest competitors is a strong signal that this is part of the future, and volumes will increase. He added that Cellcentric is not limited to supplying Daimler and Volvo. “We are anticipating a great opportunity that others will actually also source from Cellcentric,” Lundstedt said.

Launch of #cellcentric | On April 29, Martin Lundstedt, Volvo Group President and CEO, and Martin Daum, Chairman of the Board of Management Daimler Truck AG, will together outline the aims and ambitions of this new 50:50 joint initiative.

In the quarter, Volvo’s net orders for traditional trucks soared to 85,461 compared with 38,399 a year earlier.

“We are in a positive momentum when it comes to orders. We have a strong order board,” Lundstedt said during the earnings call. “And of course, we would like to execute together with our customers as quick as possible and to maintain a good flexibility to meet that. But to do that in a controlled way. I think that is also based on quite some years of experience for many of the leaders — that it is better to do it in a controlled way, don’t panic in a very steep upturn.”

Volvo Trucks North America has gained share gradually to 10.3%, he said, whereas Volvo AB stablemate Mack Trucks is “rather stable” with 6.6%, a small decrease here in the beginning of the year, he said.

“Volvo construction equipment also had a very strong quarter, deliveries of 31,000 units,” Lundstedt said. “Of course, very much on the back of the spring season in China, but also that we see dealers in Europe and North America are gearing up for their spring season that is now occurring in quarter two, and deliveries were up with 53% year-over-year.”