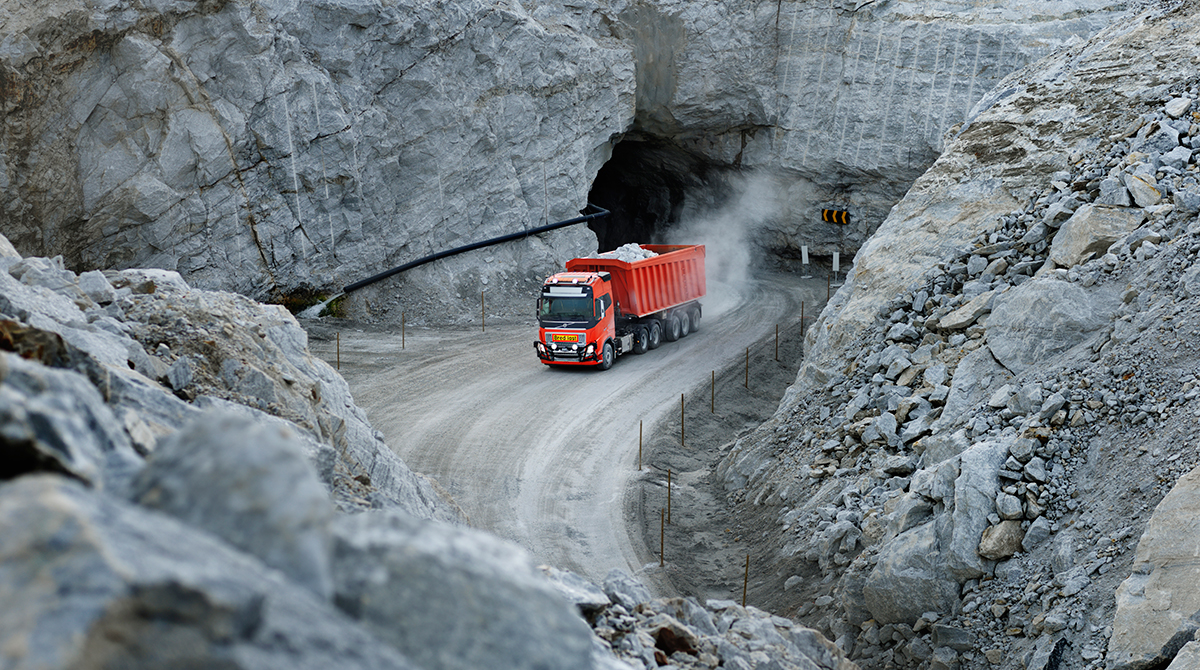 Volvo Trucks announced it has signed a “landmark” agreement in Norway with mining company Bronnoy Kalk AS that calls for the truck maker to haul commercial loads of quarried limestone across mine property using six fully autonomous heavy-duty trucks.

The Volvo FH models — pulling trailers with hydraulic tipping gears — will travel 3½ miles from Bronnoy Kalk’s open pit mine, including through tunnels along the route, to deliver the loads to the mine’s dockside stone crusher. The crusher will pulverize the limestone before conveying it into the hold of a waiting cargo ship.

Initially, the operator of the wheel loader in the pit calls for a truck, loads the trailer with limestone then, when full, sends the truck away to rendezvous with the crusher. 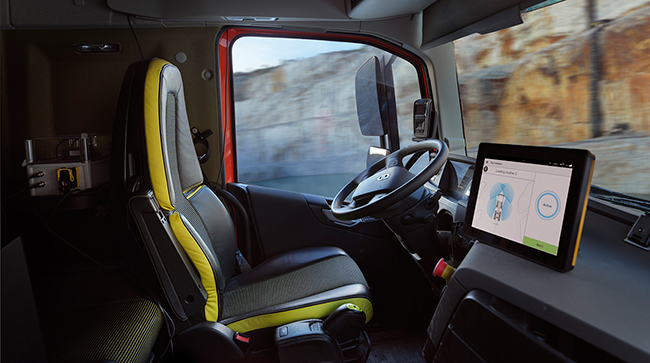 The vehicles are fully autonomous and are managed from the outside by the operator of the wheel loader. (Volvo Trucks)

Under terms of the agreement, the mining company will not own the trucks. Instead, it will buy a “total transport service” and pay Volvo Trucks on a per-ton-delivered basis, according to the truck maker. Successful tests of the trucks have been carried out, and the transport service will be fully operational by the end of 2019.

An executive with the mining company said using autonomous trucks to transport limestone is an important cost-saving measure in what is a highly competitive industry.

“The competition in the industry is tough,” Raymond Langfjord, the mine’s managing director, said in a statement. “We are continuously looking to increase our efficiency and productivity long-term, and we have a clear vision of taking advantage of new opportunities in technology and digital solutions.”

“We are proud to be able to present an autonomous solution that will meet the challenges of our customers in terms of safety, reliability and profitability,” Volvo Trucks President Claes Nilsson said in a statement.

Asked how this fits in with more typical truck sales, Volvo Trucks spokeswoman Christina Magnusson told Transport Topics, “This may be a complement to today’s solutions and will not replace our current offer of trucks and services.”

She added: “This solution is, and continues to be, developed together with the customer. Currently, we are working with selected customers, and it is too early to say when the solution will be generally available.”

Meanwhile, unmanned self-driving vehicles are on private sites in several places worldwide, including autonomous straddle carriers at the Port of Los Angeles and autonomous mining vehicles in Australia. But Volvo Trucks appears to be the first to adapt heavy-duty tractor models for fully autonomous operation. 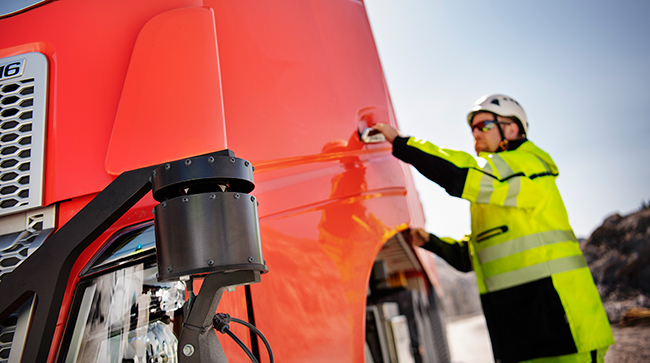 Testing is underway and the solution is expected to be fully operational by the end of 2019. During the testing, a safety driver sits in the cab, but in real operation the trucks are completely autonomous. (Volvo Trucks)

But online, some questioned the approach.

“I’m surprised nobody sees this as Volvo taking jobs away from drivers. That’s all I get from this,” one commenter posted.

Volvo Trucks responded in a post: “Obviously, this can affect drivers in this type of application, but in the big picture, we foresee an increased need for skilled drivers. We strongly believe that technology drives prosperity and takes society forward. We foresee that there will be an increased level of automation where it makes sense, such as for repetitive tasks. This in turn will drive prosperity and increase the need for truck drivers in other applications.”

Another commenter urged Volvo Trucks to instead find a solution for long-distance transport so that drivers don’t have to spend several weeks away from home.

“That is what you need to do. Instead, you make people a lose job [at the mine] that allows them to be at home in the evening and sleep in their own bed,” the post read. “The very essence of new technologies is that they have to replace us in hard tasks, to give us more time for our families, ourselves, etc.”