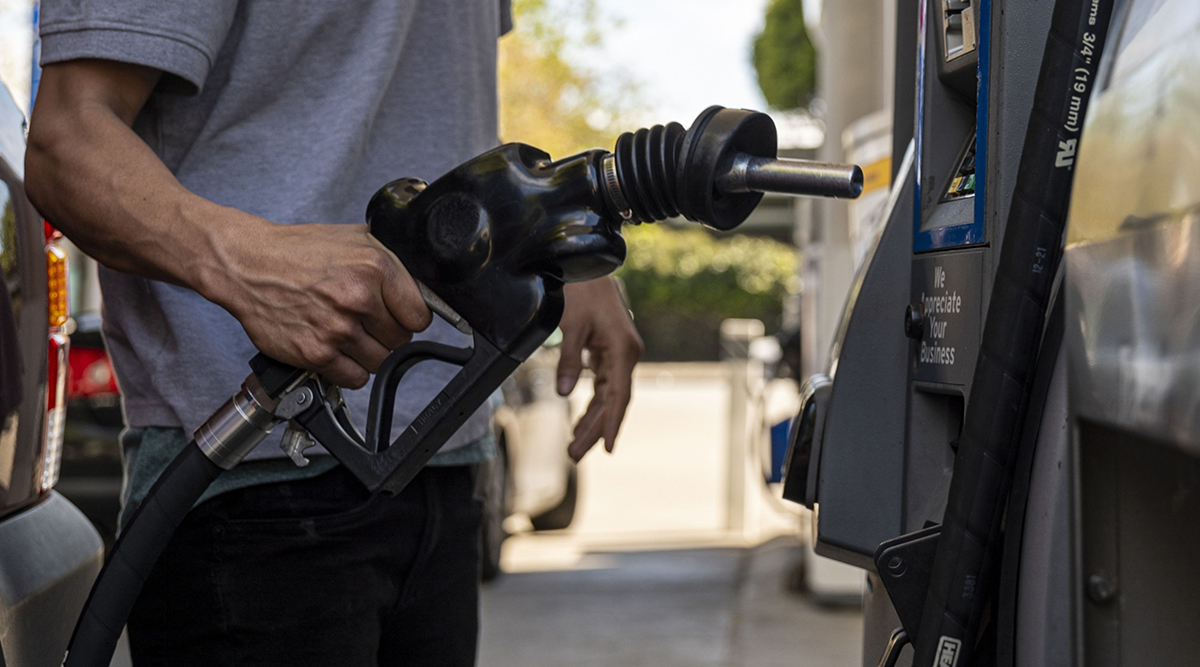 A driver returns a fuel nozzle to a gas pump at a Chevron gas station in San Francisco. (Bloomberg News)

Visa Inc. and Mastercard Inc. are planning a raft of changes to rules for gas stations to allow larger transactions after a surge in fuel prices across the U.S. made it hard for some drivers to fill up using credit cards.

Many gas stations have a $125 limit for Visa transactions at the pump because larger transactions trigger higher fees for certain cards, as well as additional liability in the event of fraud. In recent months, that’s forced some customers — those who drive large SUVs in states with high fuel prices, for example — to pay using two transactions to top off their tanks.

Starting next month, the San Francisco-based company will quadruple the maximum transaction amount that carries better interchange rates for purchases made with small-business and commercial cards, according to a document seen by Bloomberg. Visa also will raise the fraud-liability threshold to $175, according to a person familiar with the matter. Taken together, the moves should mean gas stations can raise limits and fewer consumers will face pump shutoffs.

“In response to increased fuel prices, Visa is making an adjustment,” according to the document. “This change will ensure the best-available interchange rates are received for larger fuel transactions, which should lead to fewer pumps shutting off while cardholders are refueling.”

A spokesman for Visa confirmed the authenticity of the document.

Rival Mastercard will increase the amounts it pre-authorizes at gas stations to $175 from $125 for consumer cards and to $500 from $350 for commercial cards.

Gas prices have soared in recent months, with the national average for a gallon of regular unleaded fuel reaching $4.21 this week, according to AAA. That’s up from $3.61 a month ago and just $2.88 a year ago.

The move is just one of many that Visa and Mastercard are making in the coming weeks.

Mastercard will lower the fees it charges for any transaction under $5 by about 300 basis points, according to separate people with knowledge of the matter. The firm is also planning to lower the rates it charges hotels, rental car companies, day care facilities and casual dining restaurants.

The company’s so-called digital-enablement fee, which it charges on all online transactions, will increase to 0.2% of a purchase price from 0.1%, and Mastercard will charge a minimum of 2 cents per transaction. That means that, for a $50 online purchase, the fee will triple from half a cent to 2 cents.

The fee also will be capped at 20 cents, meaning that for larger online purchases — those over $1,000 — Mastercard will be cutting the amount a merchant pays.