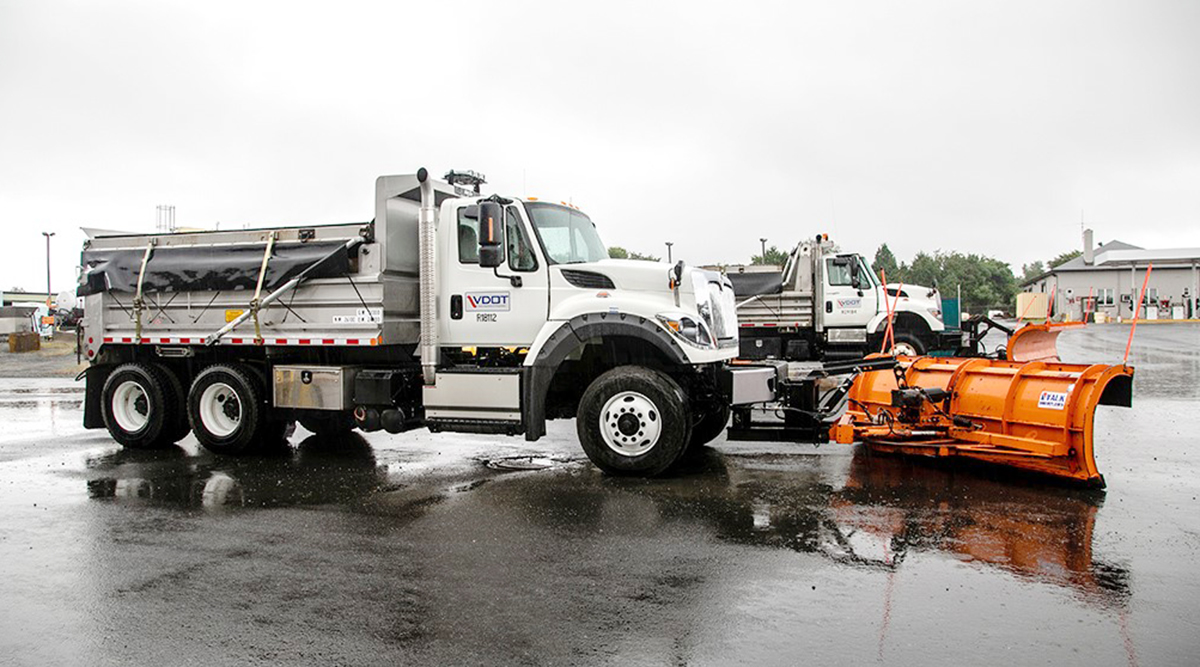 Virginia DOT is planning to outfit its snowplows — more than 11,000 — with tracking technology to improve operations maintenance for the upcoming winter. (Virginia DOT)

In preparation for winter weather, the Virginia Department of Transportation has started to equip snowplows with tracking devices throughout the state.

The trackers allow VDOT officials and, by extension, residents to observe a snowplow’s progress along its route. A VDOT webpage is updated with information gathered from the devices, so people can learn if a plow truck has been assigned to their area and track the vehicle’s work.

Residents can search their address on VDOT’s site and see which plow is closest to their home, which Branco Vlacich, maintenance division administrator for VDOT, said offers people a measure of comfort.

“It basically helps solve a big problem. Most citizens want to know one thing: When is my road going to be cleared?” Vlacich said. “This didn’t necessarily answer that question, but it allowed every citizen to see where every plow was.”

Between now and November, the goal is to outfit its fleet of about 11,500 snowplows with the devices. Some 2,500 snowplows are VDOT’s equipment. The other 9,000 are on contractor trucks.

VDOT has been using the trackers in Northern Virginia, including Fairfax County, Loudoun County and Prince William County, for nearly 10 years. Agency officials decided last year to expand the use of the devices throughout the state. 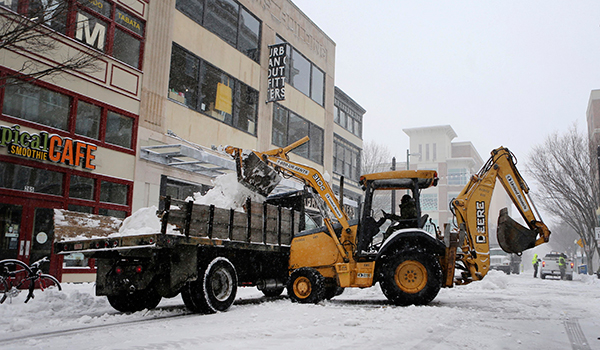 Road crews clear snow off of a street Jan. 7, 2016, in Norfolk, Va. Norfolk is located in heavily populated Hampton Roads, which will typically have more snowplows working than in rural areas. (Associated Press/Jason Hirschfeld)

Vlacich said positive feedback from residents encouraged VDOT’s decision to expand the program. Beyond that, he said the devices add a layer of transparency because they allow agency officials to monitor drivers’ progress. For example, VDOT officials may choose to investigate a truck that’s not moving.

Vlacich said that VDOT determines where to deploy snowplows based on congestion and traffic needs rather than snowfall itself. Urban areas, such as Richmond, Hampton Roads and Northern Virginia, typically have more snowplows working than rural areas. Some 3,500 pieces of snowplow equipment operate in Northern Virginia alone.

Many of Virginia’s urban areas link to important hubs and routes, such as the Port of Virginia and interstates 81 and 64. Vlacich said that efficient plowing in these areas is important to avoid exacerbating bottlenecks and stalling freight movement.

“A snowplow, if it’s traveling 30 or 40 miles per hour [in a rural region], can cover a lot of area and move a lot of snow. If it’s stuck in traffic and not moving, it’s not doing any good,” Vlacich said. “Northern Virginia is very special. The challenge in Northern Virginia is not the snow, it’s the traffic. You have a lot of people that move to the area that have not gone through snow.”

In the future, VDOT plans to incorporate cameras and sensors to track if plows are in the up or down position. This technology would help VDOT monitor the quality of the plowing and would save state officials time because they currently inspect plowed routes in person.

“[We] will be able to see what a street looks like when plows go over it,” Vlacich said. “This would allow us to cover all of the roads without having to go out and physically inspect all the roads.”