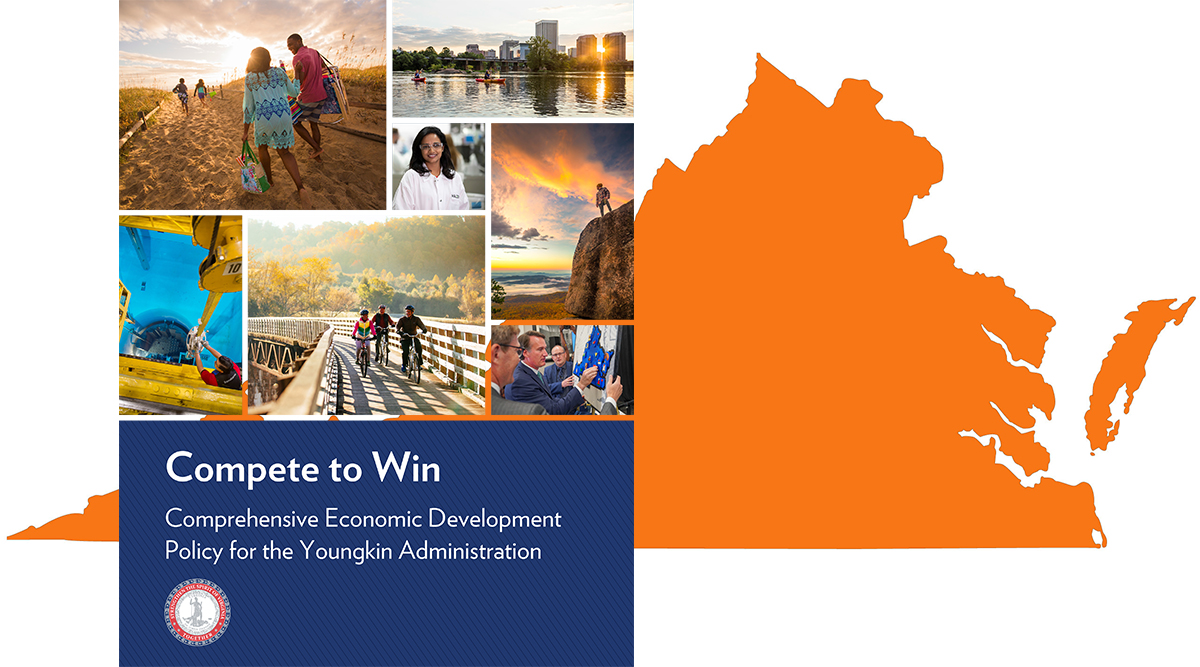 Getty Images and the Commonwealth of Virginia

Virginia has unveiled a new economic development plan, boosted by the capture of a $61.6 million deal to establish an East Coast distribution facility and a $9 million plant expansion near two freight corridors.

Gov. Glenn Youngkin announced a three-year economic development plan — called “Compete to Win” — on Dec. 22 at a summit hosted by the Virginia Chamber of Commerce and Virginia Economic Development Partners.

“While we have made substantial progress in a post-pandemic economy over the past year, there is still much recovery work to be done,” Youngkin said. “Now is the time to hit the accelerator and build a best-in-class business environment so Virginia can compete to win, and this comprehensive plan will enable us to do just that.” 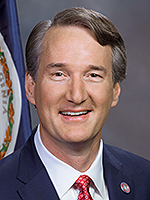 Virginia aims to persuade companies to move or expand operations there instead of Florida, Georgia, North Carolina, South Carolina, Tennessee or Texas.

The effort focuses on leveraging the state’s strategic assets, such as the Port of Virginia and transportation infrastructure, and businesses tailoring their services to customers’ specific needs.

It noted that Virginia has improved its transportation infrastructure by expanding express lanes on interstates 495 and 66 as well as widening and deepening channels at the Port of Virginia.

“MSI will benefit from Suffolk’s prime location and proximity to our world-class port facilities, and we look forward to their success in the Hampton Roads region,” Youngkin said. He noted that Virginia won the competition with Georgia, New Jersey and South Carolina to land the project, which will create 80 jobs.

Founded in 1975, MSI is a leading distributor of flooring, countertops and wall tiles with over $2.5 billion in annual revenue, 3,000 employees worldwide and 40-plus distribution centers across the U.S. and Canada. 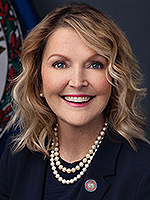 “When a global company like M S International chooses Virginia for a major distribution operation to reach critical markets, it reinforces our strategic location and logistics infrastructure that is second to none,” said Caren Merrick, state Secretary of Commerce and Trade.

The project, which will take 20 months to complete, held its ground breaking Dec. 28.

Looking forward to “this huge expansion of our distribution footprint in Virginia,” MSI President Rup Shah said the logistics hub “will dramatically improve our long-term distribution capabilities across the Mid-Atlantic and Midwest.” 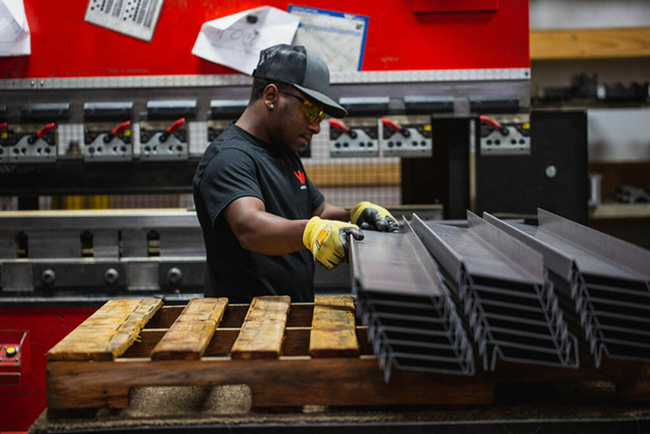 Virginia MetalFab, based in Appomatox, Va., manufactures metal parts and assemblies for a wide range of companies in the energy, utilities, transportation and technology industries. (Virginia MetalFab)

On Dec. 9, Youngkin announced a $9 million expansion in Appomattox for Virginia MetalFab, a full-service metal manufacturing provider, that will add 130 jobs during the next three years.

Virginia MetalFab General Manager Brian Morris revealed that transportation played a key role in the decision. He noted that “for our future growth, we wanted to strategically be between the I-81 and I-95 corridors for simplified logistics both to the Northeast and Southeast.”